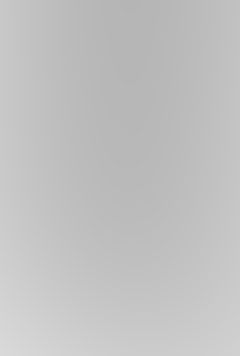 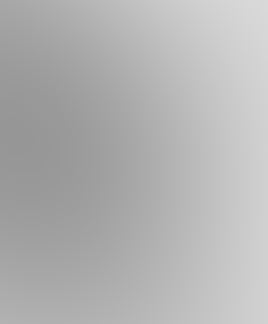 In 2005, Henry Harpending, an evolutionary anthropologist at the University of Utah, and Gregory Cochran, an independent scholar, published a paper that tried to circulate an underlying genetic theory for the assumed high intelligence of Ashkenazi Jews. “The New York Times, The Economist, and several Jewish publications risked their reputations to legitimize it.”
But Harpending and Cochran’s study attracted an onslaught of criticism from mainstream geneticists, historians, and social scientists mainly because it suggested that a towering intelligence was the by-product of a Jewish hereditary sickness. “It contended that the diseases most commonly found in Ashkenazim — particularly the lysosomal storage diseases, like Tay-Sachs — were likely connected to and, indeed, in some sense responsible for outsize intellectual achievement in Ashkenazi Jews.”
“‘It’s bad science — not because it’s provocative, but because it’s bad genetics and bad epidemiology,’ says Harry Ostrer, head of NYU’s human-genetics program.” (Jennifer Senior, “Are Jews Smarter?” New York Magazine, October 24, 2005)
Ascribing an ethnic or racial explanation for intellectual ability is a hazardous idea that runs into institutionalized racism. Sephardic (Spanish/Middle Eastern) Jews, for example, expressed some perturbation that they were omitted from the essay. (It might likewise be noted that the roots of Europe’s birthright of philosophy and science appeared not from Ashkenazi Jews, but from Greek thinkers of the 6th century BC.)
Yet, it offers an emotive rationalization as to why a small pack of maternal Germanic Saxons should control the faculties of elite colleges, be the wealthiest American bankers, own the world’s major media outlets, and serve as Oscar-winning film directors. Having an ethnic higher IQ got them there, not nepotism and cronyism granted in politics and business, or any lack of fairness that mushroomed in the public sector since World War II. Even now, their “New World Order” systems are on the brink of utter breakdown due to reptilian-brain side effects of Ashkenazi hereditary diseases — treated like dandruff in every court.
“I’d actually call the study bullshit,” said Sander Gilman, a historian at Emory University,  “if I didn’t feel its idea were so insulting.”
Political Zionism pays admiration to Ashkenazi Jews for purportedly having the highest average IQ of any ethnic group. It implies a Germanic master race. Author Jon Entine explored whether “Jewish genes” confer intellectual superiority on Ashkenazi Jews in his 2007 book, “Abraham’s Children: Race, Identity, and the DNA of the Chosen People.”
On the other hand, more recent studies by state branches of the United States government ranked Asians as smartest. As said by Florida and Virginia governments, “education goals are highest for Asian kids.”
According to a 2012 Washington State University report, Virginia Democratic state Senator Donald McEachin said he “was shocked to find” that the Virginia state board of education placed “Asians at the top” of mandates set out in the No Child Left Behind law. (Claudio Sanchez, “Firestorm Erupts Over Virginia’s Education Goals,” Northwest Public Radio, November 12, 2012)
Florida’s new race-based math and reading goals also placed Asian students at the top. The state board rule calculated that Asian students would be 90 percent at or above grade level, higher than any other ethnic grouping:
“Florida is not alone in using this type of strategy. Most of the 33 states that have won federal waivers have put some sort of plan in place that includes different goals for different student groups, said Daren Briscoe, a U.S. Department of Education spokesman.
“Under the No Child Left Behind law, all school districts and states nationwide had the same target: that all students be proficient in reading and math by 2014. The waivers freed states to set their own goals.
“‘Under No Child Left Behind, you had a laudable goal of saying you should treat every student the same,’ Briscoe said. ‘It was an ambitious goal but not achievable. Not every student will improve in lockstep with every other student.’
“The better approach, Briscoe said, is to ‘acknowledge that there are differences in where students are from the outset, and that children that are further behind, put the onus on the state to get more achievement out of those students.’” (Allison Ross, “State defends new goals for students based on race,” Palm Beach Post, Oct. 12, 2012)
* * *
Beginning in the 17th century, the White Anglo-Saxon Protestant (WASP) elite of Western Europe dominated the United States as a sheltered aristocracy of high-status Americans. A lot of of them were relatives of the nobility of Great Britain. The idiom “nepotism” originated with the assignment of nephews to cardinal positions by Catholic popes. It catered to the great American WASP as the unfair practice of giving jobs and other favors to relatives. Anglo-Saxons were a small main group whose family wealth and elite connections allowed them a degree of privilege held by few others.
Historians assert the group’s power has waned since the end of World War II, with the growing influence of Jews and minorities. Yet, the latest mtDNA tests underline that little has changed in terms of national control — except perhaps the secularization of religious labels. For, as far as archaeogenetics is concerned, Germanic Saxon maternal bloodlines continue to dominate key US institutions. But rather than admit to out-and-out nepotism, it is now claimed that an “ethnic higher IQ” endows White American power.
Are IQ tests fundamentally flawed? The idea that intelligence can be measured by IQ tests alone is a fallacy according to the largest single study into human cognition which found that it comprises of at least three distinct mental traits. The 2012 study was published in the journal Neuron:
“The results disprove once and for all the idea that a single measure of intelligence, such as IQ, is enough to capture all of the differences in cognitive ability that we see between people,” said Roger Highfield, director of external affairs at the Science Museum in London.”  (Steve Connor, “IQ tests are ‘fundamentally flawed’ and using them alone to measure intelligence is a ‘fallacy’, study finds,” The Independent, December 21, 2012)
By Peter Fotis Kapnistos
myth-os.com