UFODigest.com » Aliens and UFOs » Thoughts on the Concordia Aerodrome MIB 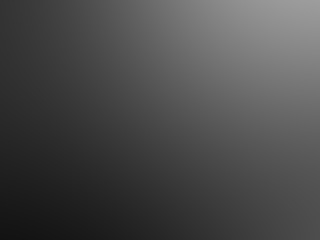 Many years have gone by in search of evidence that could give us a minimal glimpse into the reality and existence of the UFO phenomenon and all that the phenomenon entails. The Men-in-Black form part of the stories associated with the UFO phenomenon, and they appear every so often in isolated incidents. There were numerous cases in Argentina in the late 1960s and early ‘70s, resulting in truly interesting cases.

Let me start by telling you as story that affected us closely, since it was an experience that befell my husband, Jorge Pérez Simondini: On one occasion, while performing a audit for the Perez Companc company’s fishing fleet, he came a cross the crewman, or more properly said, the ship’s machinist, who told him that during a personnel transfer trip from the Port of Golfo San Jorge (a broad semi-circular gulf located on the Argentinean Atlantic, in Patagonia facing the waters of the Argentinean Sea) to the YPF undersea drilling platform, halfway there, something got the crew excited, prompting sailors and oil rig personnel to look over the sides of the vessel. One can imagine their surprise when they looked over the side to see a light underwater, running past the ship at high speed. A few kilometers ahead, it broke the surface, rising vertically and swiftly before vanishing into the skies.

The story is in itself remarkable, but what happened days later, when the personnel reached the port with the relief crew, they encountered some men dressed in black waiting to interview each of them, using harsh and intimidating measures, threatening them with job loss should they attempt to share their experiences with others. This story, from 1968, was buried for years and it is the first time it is being told, given the number of years gone bay and the fact that majority of the witnesses died several years ago.

On August 29, 1962, the event that has become known as the “Necochea Incident” took place. The main witness, Osmán Alberto Simonini, saw a UFO and was chased by it along the road linking La Dulce with Necochea as he traveled toward this seaside city.

Senior Officer Juan Jose La Terza investigated this case on the day after the events occurred. He submitted a report on the presence of a strange device, describing the witness as a man “of fine reputation and perfectly reliable in his statements.” He ended his memorandum by certifying the event as a REAL INCIDENT, as told by the witness. It details the sighting of an object, its transit over the countryside, causing physical and/or physiological impact on the witness, the possible chase among other details. This case was investigated by [INEXPLICATA contributing editor] Guillermo Gimenez years later, who interviewed Simonini. The latter was afraid to discuss the events from 1962 because only days after the incident, and the investigation performed by Senior Officer J.J. La Terza, two men dressed in black appeared at his workshop. They warned him to forget all about the event, admonishing not to tell anyone else about it, since something might happen to him. The witness recalls that he was struck by the color of their clothing (black) and the similarity of these garments. They stood approximately 1.70 meters, were dark-haired, “foreign-looking” due to their Eskimo-like features. I wanted to set down these cases as examples, so readers who are encountering this description of the entities for the first time can have an idea that they represent a significant part of many of the stories that come across our desk.

We could define the Men-in-Black (MIB), according to a segment of UFO culture and the work done by UFO researchers, as alleged secret government or non-government agents, in charge of concealing a hypothetical extraterrestrial presence on Earth. It is sometimes understood that the MIB could be the aliens themselves.

Researcher Bill Moore believed that the Men-in-Black formed part of the Air Force Office of Special Investigation (AFOSI), an internal security department of the U.S. government established in 1948 and later adapted by the FBI to investigate criminal activities within the USAF and its arms contractors, given that one of AFOSI’s missions it to protect technology, programs and staff against “external threats.”

Hypotheses and theories on the subject are countless and remain so, but beyond marks in fields, lights in the sky and lights in the countryside, and a scattering of (apparently unknown) entity sightings, there is no evidence that attests to their nature.

Today we are facing a case that for the first time (and it is only my personal opinion) makes me consider a possibility, one that has been repeated often, especially in Spiritist circle, that all of these sightings that we see with increasing frequency are not materially before us, but rather in another dimension. I have never perceived this so clearly as in this case. The fact that [the entity] appeared out of nowhere, walked only a few meters from the witnesses, who realized that he could not see them (or their large dog), that it moved robotically as if alone in the world, standing nearly 2.50 meters tall (clearly beyond human height), noticeably white skin, completely dressed in black, bespeaks a character that has little to do with our own reality.

All of these elements, when brought into my analysis, prompted a door to open. Through that door I was able to see things so clearly that not even I could believe it: the fact was that the entity wasn’t really there. It was in another dimension. I don’t know if it was due to the same nature that somehow allows humans to peer into that other world at a given time. Perhaps they bring it about themselves. It has no explanation, as far as I can tell, but I want to express my feelings, because never before – in the vast number of investigations I’ve been on – was I ever as certain of something as I am of this. I’m conveying here as I always do, because communication is also part of my history. it’s a need I feel, to mark the progress I’m making, and above all, to share a vocation that will allow us all to discern the possibility of real evidence. As I said earlier, this has been discussed many times, but never did I feel it or see it as clearly as now. Perhaps Claudia’s testimony made it so clear that I was unable to see it otherwise. Thank you for reading this, even if it’s only a personal truth.

Up to this point we have made available to our readers the various elements that involve sightings of the infamous Men-in-Black, who are in some cases linked with the UFO phenomenon.
While the sighting of the strange being in Concordia does not involve a sighting of any strange aerial craft, its strangeness quotient resides in the entity described by Claudia and her husband in the vicinity of the city’s aerodrome.

Aside from seeing the tall individual (standing 2.50 meters) with a very pale complexion and robotic movements, another of the singular aspects of the case is the observation by witnesses of the airplane [the entity] boarded, carrying two briefcases. However, the witnesses are unable to describe how the airplane vanished, which adds to the high strangeness.

The essential item of information, then, was to confirm the traffic in and out of the aerodrome on that day and time.

Silvia managed to contact Manuel, the operator on duty at the control tower on the day of the event. He confirmed that no aircraft operated in the aerodrome’s vicinity on that day. This is to say, no aircraft had taxied, taken off or landed. None whatsoever, on the date that Claudia claims having had her experience.

However this was not the only source of confirmation. Journalist Matías Hojman of the “Las 5 Patas” program he hosts with Noelia Lage on Fridays from 9 to 12 o’clock on 88.9 Mhz in the city of Concordia, and who brought the case to light, confirmed he had contacted Police Chief Sergio Mendoza requesting Claudia’s contact information, in the likely event that she had made a police report. Faced with a negative reply, Hojman then asked Chief Mendoza about the information he had been able to gather, confirming that no aircraft operated in the region on the day of the event.

This information clarifies and confirms a relevant point. However, it adds to an increase in the high strangeness quotient, especially when faced with a highly reliable witness. Let us hope that we will able to speak with the police chief, who may be able to give us some more precise information.

We would like to thank: Claudia, for coming forth with her experience; researcher Debora Goldstern for her interview with researcher Guillermo Gimenez
http://cronicasubterranea.blogspot.com.ar/; researcher Guillermo Gimenez for his research into the “Necochea Case” http://ar.groups.yahoo.com/group/planeta_ufo; Matías Hojman for making available all his information on the case, and Vicky Zeigler and Martín, Vision Ovni’s Correspondents in Concordia, who made us aware of the earliest information on the case.