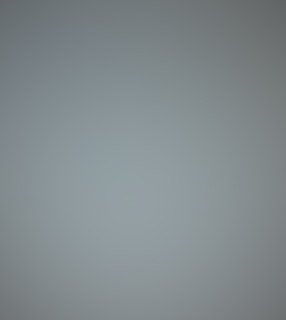 Silent but astute, ufologist scour the skies of the metropolitan area looking for strange objects, lights and odd movements. With their trained eye, their able to distinguished common air traffic from something that perhaps hails from another world. Their purpose is to disclose the strange phenomena that plow the skies. However, this disclosure sometimes affects interests that are contrary to those of the ufologists.
Click here to enlarge top photo.
Research and discovery can lead to enemies. “We’re listening in on you. Be careful.” This is the first message received by Adriana Nicala, the Ituzaingó-based ufologist. At first he did not take it as a threat, but a prank. “[The call came in] at 10 in the morning. Since it says “we’re listening in on you” I thought it had to do with a local radio show.”
Faced with this uncertainty, Nicala replied, “Who’s this?” – but received no reply.

If you missed Part I of this article click here: https://www.ufodigest.com/article/threats-spies-1001

He then phoned the unknown number, but no one answered. “Seconds later I received another text message. “Are you an idiot? Don’t call me.” I told him to go to hell in another message, phoned him again and he answered.”

From the other side of the line, he heard the voice of a man between 30 and 40 years old who nervously asked not to be called again, then asked [Nicala] what time he left home, to increase the threat. The last message Nicala ever received sealed the person’s intentions: “Have a care with what you say. I’m not far away from you.”
According to the ufologist, threats, tapped phones and having his movements traced are commonplace. Nicala remembers that Luis Burgos, director of the Federacion Argentina de Ovnilogia, had a personal conversation he’d had with other UFO researchers played back to him over the phone. They had taped it right off his phone. “It’s the intelligence services. Not from the United States, but from here. Our stance on the Monte Grande incident was very upsetting,” he says.
“On a previous occasion, they ruined 20 terabytes of information we had. They disrupted a hard drive with 20 terabytes from our radio show. They got in while we were on the air. The engineer, Gaby Mottura, realized someone ahd gotten in because things were running slow. The IP showed us that they’d first entered from New Mexico, then another IP from Virginia came in. The second lingered 40 minutes and listened to the entire show. When we mentioned on air that things were running slowly, it went away, but not before planting a virus that ruined everything. They do this to erase their tracks,” says Nicala, who broadcasts his experiences and those of his companions on the Testimonio Ovni radio show, broadcast on Inadaptados Radio (online) every Saturday at 20:00 hours.
“I’m not afraid. One’s concerned about family, but I’m not afraid. It’s not like I have firearms or anything, but I’m confident. I know there’s an intelligence out there, without question. It’s eminently powerful. If it allows something to happen to me, then it was meant to be. These people who threaten me should be more frightened, because I’ve seen these machines [UFOs] do things that ought to scare them,” concluded Nicasa.
[Translation (c) 2014 S. Corrales, IHU with thanks to the 24 CON newsroom, Leandro Fernandez Vivas [24CON] and Guillermo Giménez, Planeta UFO]
Visit Scott’s website: THE JOURNAL OF THE INSTITUTE OF HISPANIC UFOLOGY (IHU)