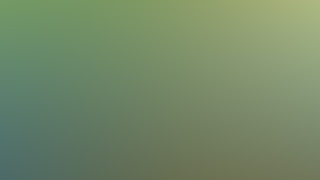 [Ceuta is an autonomous Spanish city on the North African coast – a place of great historical significance that goes back to Carthaginian and Roman times. As such, it deserves a separate chronicle of UFO activity in its airspace, provided to us by Andalucía Misteriosa’s Angel Carretero Olmedo – S. Corrales]

A group of flying objects was seen in the skies over Ceuta on 28 April 1952. The objects emitted an intense light and flew very quickly. Their transit lasted between two and five minutes (other sources indicate between ten and fifteen minutes) and they were accompanied by a powerful booming noise.

On 2 December 1954 a radar in French Morocco picked up an echo. According to the report issued, an object was five miles west of Ceuta between 14:10 hours and 15:09 hours at an altitude ranging from 5,900 to 20,000 feet at a speed ranging between 20 and 120 knots, making ascending and descending movements.

Subsequently, between 20:35 and 21:50 hours, another radar echo exhibiting similarly anomalous behavior to the first was picked up, between 5,600 and 40,000 feet.

Two F-86 interceptors were scrambled with no results (“no joy” in the original report). Two airplanes flying over the area did not report any abnormal traffic.

At midnight on 29 November 1968, several residents of Ceuta witnessed the flight of an object shaped like a rugby ball, issuing red and blue flashes. The object vanished after a few minutes after having flown quickly over the García Albade wilderness.

In late November 1969, Francisco and Cristina Gil were walking through the streets of Ceuta when they saw an object in the distance measuring an (apparent) 50-60 centimeters, consisting of two concentric circles from which an intense oscillating light issued, with a weaker one coming out of the external corona.

The object descended over the summit of a hill, being concealed by some trees after emitting several flashes.

The couple, having reached Punta Bermeja, found a second object, some 3 meters in diameter and less intense lighting, which vanished quickly after 10 minutes after having remained motionless.

Members of the CEONIX group learned during subsequent investigations of two grooves in the soil and other unknown marks.

Several members of the news staff of a daily newspaper in Ceuta managed to see a strange luminous object at 24:00 hours on 28 April 1974. The object was at a considerable height and distance and appeared to move slowly. It issued a light that ranged from whitish to orange, and vanished within seconds.

Eyewitness’s description of the event:

“I would like to inform you of a strange event that took place on 3 June 1999 at 12:05. I was on Marina Espanola Street in Ceuta, which faces the Straits of Gibraltar. Two jet aircraft flew over the coastline and I stopped to watch them.

“The fighters had vanished from sight when I noticed another airplane, much larger and also jet powered, Jumbo sized, flying relatively low in a straight line, West to East, at speed far slower than that of the military’s small jets. What was surprising is that the enormous airplane was flanked by four flat, circular objects in a symmetrical, triangular formation (two objects on each side).

“It occurred to me one day to record the planet Venus on a 220x video camera, with the zoom to the max. The effect I obtained was almost similar to that of the famous “cookie-shaped UFO” that appeared on television.

“Without further to report, and inviting you to our city to act as your guide, please accept my best regards.”

According to Papiers d’OVNIS, the explanation was the “mid-air refueling of four combat aircraft”.