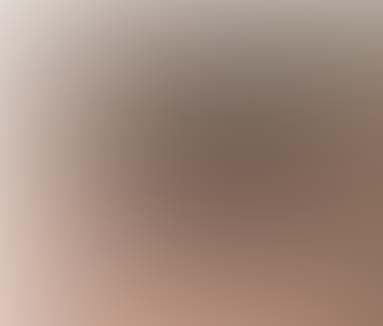 “No News That’s Fit to Print

When Dealing with UFOs”

“FROM FAME TO SHAME”

WILL BE TOMORROWS “JOURNAL OF SHAME”

” Out of This World, Out of Our Minds”

It is a breathtaking collection of towering arrogance, and the inadvertent admission

of a child-like thinking process.  It manages to recast the entire UFO record to sociological flotsam and jetsam, tumbling around in gullible minds, and accepted by those who are vulnerable to the tidal flood of Internet sense and nonsense.

This essay will be “Exhibit A” on a day of shame-filled reckoning, a post disclosure world of an awakened, ethically-aroused citizenry.

A citizenry discovering an empire of secrecy, largely unwatched, unknown, un-audited and uncontrolled archipelago of national laboratories, underground bases, of massive dimension, black projects and programs that are decades ahead of what the mainstream considers “possible,” a secret space effort, and off-world bases and exploration.

This post disclosure world will be a turbulent, even chaotic place. The major institutions academic, media, and legislative, will be licking their wounds, by likely an excess of compensatory zeal.

The media will mutate from kittens that lapped up any falsehood laced with a cream of access put before them, into ferocious prowling big cats. The poodles of the press, will grow fierce becoming pit bulls of stubborn investigative pursuit, and parrots who simply repeated their handouts will be as hungry eagles, looking for fresh meat to nourish fact hungry citizens.

The New York Times will (on it’s own front page) regret and apologize for the lazy acquiescence of so many years,  as they also did in their acceptance of the silence concerning the Stalin-caused famines of the thirties,  and the similar averted reportage of the formations of AF jets that continually chase unidentified aircraft that cannot be caught and that also lack transponders or known origin(s).

The citizens of this nation, knowing a republic requires and demands an informed electorate, and it’s servants, the representatives and senators, must seek and insist on much greater transparency and accountability for the intelligence oversight committees.

The massive National Security enterprise that began so small, now extends like an unknown and uncharted archipelago.  As one insider said to a retired senior aerospace journalist:

“The Black Budget is out of control!“

You, those who know this iceberg architecture and it’s financial sources, need to look deeply at it.  This “flat earth “ absurdity of  “no National Security threat to the US flies in the face of anyone who looks at the National Security document trail and then will find a bifurcatively split world, one where innocuous disinterest is replaced by a deeply secret, sensitive and “SpeCat “ (special category) world of separate and concealed SCI-NTK (sensitive compartmentalized information – need to know) categories.

A decades-long, ill considered editorial policy, along with a non-reporting of vital NATIONAL SECURITY events and actions related to UFOs will likely change over night.

This in response to unpredictable events (with the key probabilities being “accidents” of our advanced vehicles or ET vehicles, or action by a foreign government itself.   Another major door to disclosure may be promises by some ET factions that if we do not disclose, they will Do it for us with alien craft suddenly appearing openly overpopulated regions and cities.

The scale and kind of non-reporting, ill reportage, or misreporting is so wrong that it is either a sad example of a popular belief, unexamined and unresearched (even cursorily), or a senior editorship cooperating behind the scenes by acting as a supine conduit and witting tool of propaganda that would make Josef Goebbels green with envy

The truly guilty are at the pinnacle of this daily parade of human heights of achievement or folly. If the senior editor / owners and policy makers do not know the depths of their failure on this— we are faced with a looming catastrophe.

This National Security Frankenstein monster has grown to giant proportions and consumes over a 100 million dollars a day—every day.  Yet no one can truly account or fully list the many shell games under which the moneys are mixed and cross-allocated in a bewildering game of we hide and you seek…

Yet to this observer, all of the various nations involvements, of pilots chasing real unknowns that show up on radars, film, video records; that land, leaving landing gear imprints (and occasionally crash, as witnessed by sometimes multiple observers on the ground and in the air); to say that this is simply “non-existent” is fatuous.

This is true also of reportorial diligence as well, for it seems that the author has not read a single serious book on the subject, a grand total of millions of sightings over 60 years simply are tossed out, and he rolls over and goes back to sleep.

That the year and hour is near is the current judgement of this observer.

That an ice bucket of disclosure will likely leave this skeptic unavailable for interviews, perhaps to be found in a beverage establishment in a dark corner where cold ones keep coming; the noisy folk sitting at the bar and laughing at those having difficulty realizing that flying saucers are real, and worse,that their taxes paid for chasing them for decades.

Perhaps the cover of a discarded N Y TIMES on that day, will say it all:

“We were used and abused by the secret government”

Most recent posts by Vince White

All posts by Vince White