UFODigest.com » Aliens and UFOs » UFO RESEARCH AND SIGHTINGS FROM ASTRONAUTS, PILOTS AND OTHERS 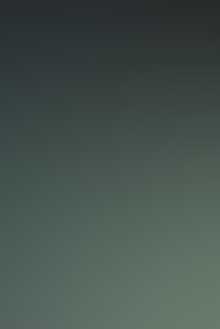 Since his service in the Ground Observer Corps, author A.R. Roberts has been fascinated by UFOs and the mystery that surrounds them. After researching the topic for more than 20 years, Roberts now releases his study in his new book, “From Adam to Omega: An Anatomy of UFO Phenomena” (published by iUniverse), the complete guide to UFOs and why Roberts believes their existence has been denied by the U.S. government.

“Most people, whether they admit it or not, are interested, or at least curious, about UFOs but have a limited knowledge of the subject,” Roberts writes. “My book covers all elements of the UFO enigma and avoids sensationalism.”

“From Adam to Omega” analyzes both ancient and modern knowledge about UFOs and includes well-documented sightings. Roberts combs through biblical passages, as well as documents from the Middle Ages to highlight the evolution of UFO theory over thousands of years. The sightings come from carefully documented testimonies of credible police officers, astronauts and Air Force and commercial pilots.

“From Adam to Omega” will answer questions such as:

Roberts personally sites his books as a “must read for those who want to know the facts about UFOs”. He invites readers to visit him at http://www.fromadamtoomega.com.

For more information or to purchase this book from AMAZON.COM simply click on its title: From Adam to Omega: An Anatomy of UFO Phenomena

A. R. Roberts was a musician in the 1960’s and traveled the country with different groups, one of which appeared on the Ed Sullivan Show in December, 1964. He later worked in the hotel industry before opening a photography studio. He became interested in UFO phenomena in 1954 while serving as a volunteer in the Ground Observer Corps. Roberts is now semi-retired and lives in Florida.

iUniverse, an Author Solutions, LLC, self-publishing imprint, is the leading book marketing, editorial services, and supported self-publishing provider. iUniverse has a strategic alliance with Indigo Books & Music, Inc. in Canada, and titles accepted into the iUniverse Rising Star program are featured in a special collection on BarnesandNoble.com. iUniverse recognizes excellence in book publishing through the Star, Reader’s Choice, Rising Star and Editor’s Choice designations—self-publishing’s only such awards program. Headquartered in Bloomington, Indiana, iUniverse also operates offices in Indianapolis. For more information or to publish a book, please visit iuniverse.com or call 1-800-AUTHORS. For the latest, follow @iuniversebooks on Twitter.

Most recent posts by PRWeb

All posts by PRWeb