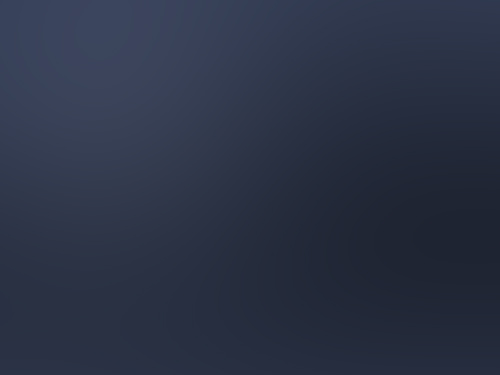 The astonishing experiences of local residents.
It took place in a town some 38 kilometers from Junín: a place called Fortín Tiburcio, where local residents reportedly saw an Unidentified Flying Object (UFO). Similar eyewitness reports have been received for many years, but only a few days ago, several people saw lights that flared up and objects that they were unable to identify.
Ariel Cherchetti, 51, a former municipal delegate, is among the witnesses consulted by this newspaper. He described what he saw in the early hours of 20 July 2013 on the road he normally travels between Tiburcio and his home, 5 kilometers distant from the town.
Click here to enlarge top left photo.
“It Followed Me”
“A luminous object hovered over Tiburcio between the evening of 19 July and the early hours of 20 July. There were people celebrating Friendship Day at the club. They also saw it. In my case, I saw the object but on the road. It followed me a certain distance back to the field where I live. I didn’t seem like something terrestrial to me, due to the abilities it displayed. It was a very small device, really. I’m ashamed to tell you about it,” said Ariel, interrupting himself.
“The next day,” Ariel continues,” when I told my son what happened the night before, and how it made me feel, he told me: ‘But a ton of us saw it in Tiburcio! I saw it too.’ And then one starts talking in a group of friends, where there are seven or eight people, who discuss it and ask you what happened. Then someone pipes up and also claims having seen it, but is afraid to say so due to a fear of ridicule,” he noted.
“We believe that that night, in Tiburcio, over 100 people witnessed it. But shame kept us from reporting it, since we could have called the media to come and film it, given that it was visible between 23:00 hours and 0100 hours in the morning over town. It was seen not only by the locals, but by outsiders who happened to be in Tiburcio that evening. Some tried recording it with their cellphones, but they apparently ran out of batteries, or the charge was suddenly drained,” he said.
Description
According to the statement proffered by the witnessed, the “device” was a UFO. It wasn’t round, but winged, with a central dome and a short tail. It was a very small device. It looked like a little airplane but with a large dome, with lights at the end of the wings that faded away as they reached the center of the device. “Its color was leaden and it had spectacular flight capabilities. When I realized that it was an unknown apparatus, I drove my pickup truck [at a speed of ] 150 KMH on a dirt road, which is in good condition, thank God. The device zigzagged in front of me with incredible dexterity. It turned, ran over a high voltage line, gained altitude and then descended, like someone projecting a light, with amazing skill. That’s what makes me think it isn’t a terrestrial device, because there’s nothing from here that has that speed and those skills,” he described.
“When I got home, I didn’t put away the pick-up truck in the shed that’s 50 meters from home, but in the carport, which is right there. I got out and didn’t say a word. After a while, I told my wife about it, and she said: ‘let’s go out and find it!’ I told her, “No, leave it alone, don’t get involved with the unknown.” It scared me a great deal. I think the device hovered above the wilderness of our field,” he stated.
Other Witnesses
Aside from residents of Tiburcio, the alleged UFO was seen by others who happened to be in the town on the evening of 19 July and the morning of 20 July. Among them is Mauro Gallese, 31, a native of Asunción, who was accompanied by Javier Sanchez and other friends there and saw it.
In a conversation with Diario Democracia, Gallese said he was able to record it for a short while on the morning of 20 July while he stood a block away from the Club de Tiburcio. “We had just finished dinner, and we saw that white light, near the street, 50 meters from where we stood. I recorded it, but when I watched the video it was completely black, as if there was nothing there at all, and I’d been recording it for 20 minutes. We saw the light moving, running, as we got closer,” he said.
Police officer Horacio Artero, responsible for patrolling the rural areas of Tiburcio, told Diario Democracia that he had a unique experience back in April 2012. “I saw the light for only seconds,” said the officer. “In fact, when I saw it at a distance, I thought it was a motorcycle on the road near the pig farm. Then I turned around, and since I found it suspicious, lowered my speed and turned off my lights. Suddenly, I saw the light over my vehicle – a powerful white light, similar to what you see during welding, that illuminated only me from above. It lasted 4 or 5 seconds before turning off suddenly. I rolled down the window, but there was nothing up there. It wasn’t cloudy and there was no wind. Just a starry night.”
Visit Scott’s website:  INEXPLICATA-THE JOURNAL OF HISPANIC UFOLOGY.
[Translation © 2013, S. Corrales, IHU. Special thanks to Guillermo D. Gimenez, Planeta UFO]