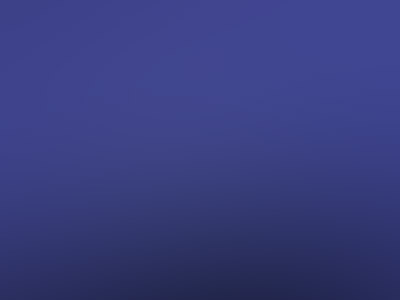 MERIDA, Yucatan – A new report concerning the presence of an unidentified flying object came in from the port of Progreso, were it is said several strange lights were seen last weekend.

According to the information provided by Manuel Loría Alejos, a fan of the UFO subject for over 20 years, he went to the port on Friday, 26 September [2014] to spend the weekend at his family’s home, an activity they have been doing for several years.

A report by Jorge Moreno, SIPSE

“For nearly two decades I’ve read anything and everything concerning the subject of UFOs, but I had never had the chance to see one until Friday, when I saw a strange light of the horizon in the company of my father, my wife, brothers and children. But it wasn’t just any light, as I have seen many documentaries and I can tell when reflections, aircraft or other logical phenomena are involved and could be labeled unidentified.

“It was a very bright blue light, traveling first in a straight line then zig-zagging. I was the first to notice it while we were on the beach near Yucalpetén. I immediately called my family to join me in watching it, because I had the feeling it wasn’t a normal light. We were able to attest this moments later, as the light began moving faster. Two minutes later, it moved upward until it vanished completely at a still greater speed.

“We were a total of six witnesses, and to tell the truth, I was very excited. While I believe in life in other planets, this is the first time I was able to see this. Unlike my father, for whom it is the third such experience. This prompted me to send you this report as soon as possible and share it with your readers – that way, if someone saw it, they can also file a report and provide more data for further investigation,” he said.

It should be noted that a considerable number of UFO sightings have been reported along the coast of Yucatan, with 80 percent being in the city and port of Progreso and its districts (Chuburná, Chelem and Chicxulub). Unfortunately, no solid evidence (photos or videos) have been secured, but a considerable number of witnesses claim seeing UFOs, including municipal and state police as well as the authorities, tour service providers and local residents. A few years ago, several reports were received from the district of Flamboyanes (located some kilometers before the entrance to Progreso). Local residents, trailer operators and people driving through the area would suddenly see strange, noiseless lights descending vertically and vanishing into the sky in the same direction and at supersonic speeds.

When interviewed, pilots claim that no airplane or helicopter can make such movements, and therefore dismiss such explanations for the sightings. Several craft with five lights each moving in formation have also been reported along Progreso’s seawall. They suddenly reach high speed and vanish. The control tower at Merida International Airport reported no traffic at that time.

Another interesting case I obtained was from a well-known lawyer in Merida, who told me he had seen these vehicles entering or leaving the sea: “I’m not looking for any explanation to what I saw. I saw this from my summer home in Chelem – I even had binoculars and I was shocked by it. There is no question that the UFO phenomenon is indeed real,” he remarked.