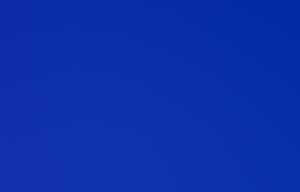 [Readers of INEXPLCATA will recall the redoubling of USO activity that occurred shortly after the Chilean earthquake of 2010, which even included reports of tall humanoids emerging from the water. Such activity has by no means ended, judging from the following report – SC]

According to Alejandro Dávalos, [NOUFA] correspondent in Iquique, sightings are ongoing and increasing in Bajo Molle, Iquique – UFO activity that NOUFA has been reporting on for quite some time.

On this occasion it was night watchman Ricardo González Monrroy who saw a shining white light emerge from the sea on the night of Tuesday the 14th at 12:50 p.m.. The light blinked a few times, suspended in the air for a few moments, and then began moving horizontally toward the south before vanishing in the horizon. These strange lights do not make any sound whatsoever and are very bright. Moreover, on Friday the 17th of this month [December 2010], Mr. Edison Coronado, a draftsman for a company, left his office late at 10:00 p.m and became aware of a very bright light approaching land from the sea’s horizon. Given that it wasn’t a commercial airline route, he was startled by the light and stayed behind to look at it. As it grew closer, he was able to describe the light as a large moving star. When it was overhead, it stopped for a few seconds before accelerating, vanishing in a matter of seconds. Next, three luminous spots appeared in the place where it had disappeared, forming a triangle that blinked for a few moments before fading away.

The antecedents of the UFO case histories for this specific area (Bajo Molle) are quite old, and include luminous spheres that emerge from the sea. All of this has been confirmed by Alejandro Dávalos, who has been a privileged witness to this phenomenon. He adds that since the area is high up, looking down on the ocean, he has seen luminous spheres under the water more than once, which would make them USOs (unidentified submarine objects). Furthermore, he adds that more than once he has thought – as have many local residents – that there is a base or meeting point for these lights under the sea, making these sightings even more fantastic and bizarre.

Dávalos hopes to conduct a watch in the area, employing specialized cameras and people interested in the phenomenon, in the hopes of creating a high-quality record of these mysterious luminous spheres that emerge from the sea.