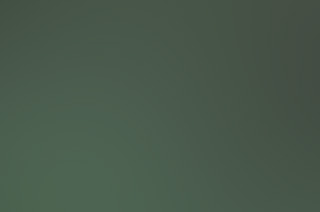 MERIDA, YUCATAN – Perhaps as a result of the last two “UFO skywatches” people have become more inclined to look at the heavens, causing a notable increase in UFO reports in the city of Mérida. I have received 21 cases throughout February and up to this date in March, both by phone and e-mail.
Click here to enlarge top photo.
Never before had I received so many reports in that brief span of time, showing the interest that the subject has caused among Meridans in recent dates. Another factor could be the case of the truck driver who recorded at least 5 spheres flying around in broad daylight back in December 2014 in downtown Mérida – a case that has given much to talk about even internationally.
While it is true that the 21 reports do not contribute unquestionable evidence that confirms the presence of vehicles from other worlds, we do have information that allows us to believe we are not dealing with objects having a logical explanation.

One of the reports came from the Ampliación Juan Pablo II District from Mr. Fernando Ku Carrillo:

“I was returning home along the Anillo Períferico Poniente(beltway) on 18 February. I had just about reached the entrance of the Susulá sheriff’s office when I suddenly saw a zig-zagging light, a fact that caught my attention, as I thought at first that it looked like an airplane light, but by the movements it made, it was impossible that what I saw was a plane, as these [movements] were very quick. Furthermore, I travel through the area frequently and am accustomed to seeing airliners turning to make their final approach to the airport.”
Don Fernando points out that the time was around six thirty in the evening: “It was still bright, and it was a light that became stronger at intervals. It couldn’t have been a satellite, much less a star. It shocked me so much that I pulled over (on the beltway) to take a look. When I got out of the car, I managed to see it making the same movement, and when I was about to take a picture with my cellphone, it took off at full speed and vanished in a matter of instants. I know it’s hard for you to believe me, as I have no proof, but I wanted to send you this report in case others have seen something similar in this are or in another section of the city.”
Elsewhere, Aaron Vela, who lives in Ciudad Industrial – near the airport – submitted a report almost identical to the previous one. He saw the object on March 3 (15 days after Don Fernando) and saw it to the north of his current position, that is, along the same road. A similar object was seen on the far end of the city in the Salvador Alvarado Oriente district, near the bridge at the Anillo Periférico over by Fidel Velázquez Avenue. It was there that Mrs. Josefina Manrique remarks that she was waiting for her son, who had entered a shop, and she casually looked up at the sky, noticing what she first took to be a star. “It was around nine o’clock at night. The star’s light caught my attention, as it outshone all others. Suddenly, to my surprise, I saw it move quickly and disappear. My son think’s I’m nuts, but I’m sure about what I saw.”
Next week we’ll discuss other reports we have received, since at least ten of these reports contain information that cannot be considered relevant.
[Translation (c) 2015, S. Corrales, IHU with thanks to Guillermo Giménez, Planeta UFO]
Visit Scott’s website:  THE JOURNAL OF THE INSTITUTE OF HISPANIC UFOLOGY (IHU)