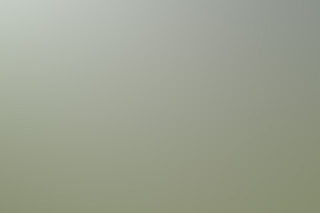 Once again we are bewildered by news of a strange animal death. In this particular instance, the case involves a white horse belonging to José González, who was surprised not only by the animal’s death, but by the strange injuries it presented.

He was able to see a 35 centimeter perforation between its two front extremities, one of them revealing a clear absence of the heart. Another injury could be found in the lower section of the animal, which was missing the entirety of its genitals.

The rancher also noticed the scarcity of blood at the site, noticing that there were spots of watery blood in the region of the chest injury, as shown in the photo.

This case still lacks analytical elements, but gives us a chance to see the patterns of the incisions and wounds that we have seen in other cases.

One such case involves the mutilated dog in Villa Giarindo, Córdoba, an investigation conducted by Elias Kolev of Visión Ovni. [The animal’s carcass] presented a “punch biopsy” type incision, very similar in its measurements and characteristics to the ones seen in this case.

Researcher Salvatore Carta (Visión Ovni), after an exhaustive analytical job on the images, was able to detect incisions and mars that coincide with the patterns of this equine case.

Another similar case, which took place on the same date as the Villa Giardino dog (28 July 2008) involved a goat in Santiago del Estero. It was found in the Almirante Brown district of the capital and presented the same incisions that caught the attention of local residents and veterinarians alike, at the time.

Seeing incisions of this sort is shocking. However, from the investigative standpoint, they represent valuable points of reference that will perhaps allow those of us who investigate the strange phenomenon of mysterious animal deaths to identify similar events. We are perhaps facing one such event here.

We hope to be able to provide more information on this case.

A dead horse was found during the last days of the previous month In a field in the Montoya region (Department of Nogoyá) belonging to José González. The animal was found with its heart and genitals removed for unknown reasons. This case renews the mystery of several similar events that have taken place throughout Argentina and which for the moment remain a great enigma. (Credit: Entre Rios Ya)