UFODigest.com » Aliens and UFOs » WERE THE ONE-EYED ALIENS IN LAGUNA BLANCA CYCLOPSES? 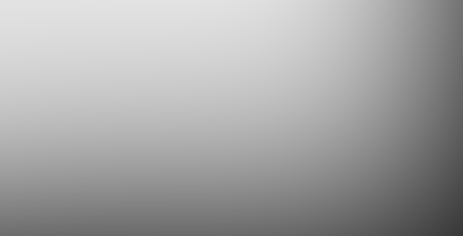 By Dr. Roberto Banchs
ARGENTINA: On Thursday, October 9, 1969, the area of Laguna Blanca to the east of the Province of Chaco (Argentina) was the stage for a unique incident, witnessed by a former police officer and farmer. Broadly disseminated through the Saporiti news agency (1), the item notes that a strange machine was seen resting on a tree, crewed by three unusual creatures of short stature, long blond hair and with a single eye.
Click here to enlarge top photo. 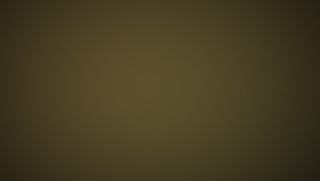 The journalistic information reads thus: “Makalle, Chaco – According to a report made to police authorities in Laguna Blanca, in this jurisdiction, and which has caused true consternation, a well-known local farmer, traveling in a pickup truck, had the chance to see three strange creatures aboard a very strange machine, resting on top of a massive tree. According to Amaro Lotcket (a misspelling of “Lockett” in the original), a former police officer and current owner of a rural estate, he managed to see the mysterious beings – who stood something like 80 centimeters tall – at a distance no greater than ten meters. Lockett declared the entities had blond hair, as long as common hippies, but the most notable detail was that they each had a single eye. The claimant also noted that the strange apparition took place around 17:30 hours last Thursday. Lockett stated he was overcome by a sense of fear, or simply cold, which forced him to stop his vehicle to see if something was wrong. The machine in which the little men traveled (as he called them) made no noise whatsoever as it rested upon the tree, but its branches started to swing, showing that it had a considerable weight. He was stunned and merely limited himself to watch the movements of the alleged space travelers within the astonishing craft, which occasionally gave off flashes of multicolored light. Lockett, a well-educated man, urged the authorities to return to the place where he had seen the small beings. It was possible to ascertain at the time that leaves of the tree where the disk-device had come to rest were visibly scorched. According to the witness, when the mysterious craft gained altitude, noiselessly, losing itself in infinity, he felt “his soul returning to his body”; only able to set the pickup truck in motion after it had inexplicably shut down. He left the area in a hurry. His family urged him to file a report on the strange episode he’d experienced.”
Investigating the Case
Our first investigations into this peculiar report began in June 1986 through consultations with some relatives in Villa Angela and Barranqueras, Chaco. So it was that Gilberto Lockett, the witness’s nephew, told us that his Uncle Amaro had passed away a few years before, but tells us that the episode was discussed in the family and originally published in a newspaper in Resistencia. He told us in turn that the unusual event took place in the region of Makalle and Laguna Blanca (localities very close to each other, to the northwest of Resistencia) and that there had been two other witnesses with Amaro Lockett – a police agent and a farmhand. Unable to remember other details, he urged us to speak with other close relatives. In a conversation with Peti, [Amaro’s] wife, she told us that her husband died in 1971, that is, two years after the encounter. Rather warily, she discussed the incident in these terms: “We gave it no importance. These are things that happen and are not remembered, because one feels they have no significance. None of the other witnesses are alive.”

Mita, her daughter, spoke in similar terms, remembering that her father had once seen a UFO emerging from Laguna Blanca, giving the impression of pursuing the pickup truck, which ultimately came to a halt. However, she belittled the story about the object landing on a tree and strange creatures being present.
These reports lead us to suppose that Amaro Lockett indeed saw something. The existence of cyclopean creatures (which even resulted in a typological variant of ET classifications by Brazilian researcher Jader U. Pereira) (2) appears to be unreal, and a product of fantasy.
Our findings did not end with that occasion. In July 1993, Ing. Sigurdo Von Wurmb, a UFO researcher from Rosario and with many years of experience in the field, wrote us the following: “…you can erase the Laguna Blanca case, because I spoke personally with Lockett at the time, and he explained it to me. It was a prank by some friends, who conveyed the story to the press, which published it without any prior investigation and without speaking with Lockett himself.”
Reflections
Having ascertained the alleged falsity of the case as described in the journalistic chronicle, ascribing to former sheriff Amaro Teodomiro Lockett the perception of an anomalous phenomenon, it will be helpful to note some likely influences that shaped the fantastic story.
Around that time, there was intense space exploration activity, highlighting the first human lunar exploration by Apollo 11 in mid-July of that year. This mission – like all missions of that series – carried three astronauts, as did the strange vessel of Laguna Blanca.
These three creatures – or little men – had a peculiar aspect. Their small, dwarflike stature can be perceived as a physiological defect (dwarfism) that infers undeveloped potential. Endowed with a single eye, this detail evidently refers to the Cyclops, savage mythical creatures, the antithesis of the brilliant Homeric culture. According to tradition, these supernatural creatures were foreign to any concept of justice and society. Hesiod says that the Cyclops form a triad, each of them having a meaningful name. Fables tell of how these three Cyclops were cast from heaven by Uranus.
The “long blond hair, as long as common hippies”, is a detail corresponding to that time, a sign of liberty and rebellion. That year, in an oral proceeding, hippies were judged by Argentinean society as “parasitic units, with pernicious individualistic tendencies” and “elements that dissolved the social fabric”. Their long hair was seen as an extravagance for those “wished to see something different” and “acquire popularity”. (3) Two months prior to the case, the happy days of Woodstock and the multiple homicides at Sharon Tate’s mansion (4) ratified societal condemnation of that generation.
Sources
(1) La Razón, Buenos Aires, and La Voz del Interior, Córdoba, 13 octubre 1969; et. al.
(2) Pereira, Jader U. Les Extraterrestres, 2e. numéro spécial de la revue Phénomènes Spatiaux, GEPA, Paris, FR., 4e. trimestre 1974, pp. 24/25 y 51 (cas 231, T. l1, V. 2).
(3) La Razón, Buenos Aires, 27 mayo 1969, p. 6.
(4) Clarín, Buenos Aires, 15 octubre 1993, supl., p. 3; and El Andino, Mendoza, 10 agosto 1969, p. 6 & 9
http://orbitaceromendoza.blogspot.com.ar/2013/12/laguna-blanca-chaco-criaturas-de-un.html
[Translation © 2013, Scott Corrales, IHU, with thanks to Guillermo Giménez and Luis Emilio Annino]
Visit Scott’s website: “THE JOURNAL OF THE INSTITUTE OF HISPANIC UFOLOGY (IHU)“