UFODigest.com » Aliens and UFOs » What Happened at La Aurora, Argentina? 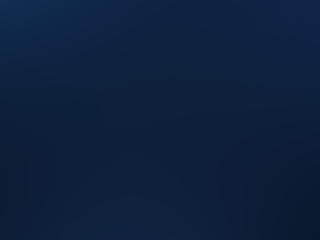 I left Montevideo behind and was heading twoard the city of Salto on the Argentinean border, riding a dilapidated bus in order to rescue from oblivion the events which occurred one distant February 17, 1977. The central protagonist of the story was the owner of the La Aurora ranch, a man named Angel María Tronna. The victims included one dog, several sheep, a bull and one horse — gravely affected by an object come from afar.

The first thing I did upon arriving was making a straight line toward the office of the El Pueblo newspaper to consult old newspapers which would put me on the track of the “Tonna Case”. The Saturday the 19th edition was already legendary, since it presented the first news item on the macabre event.

On Sunday, February 13, 1977, at 5:30 a.m., Julio Cesar Rattín, 18, the youngest son of Angel Tonna, witnessed a UFO at a distance of some 150 meters, suspended of a copse of eucalyptus trees. It was light-emitting disk that illuminated a broad swath of countryside. On the following day, Monday at midnight, Tonna’s wife, Elena Margarita Rattín, was watching TV before going to bed when a blackout suddenly occured. Upon going outside to insure the operation of their generator, she noticed an intense glow over La Aurora. Frightened, she ran back into the house.

It was the February 20, 1977 edition that anounced half a page saying “UFO in a ranch near the Daymán: Seen on three occasions.” The anonymous journalist said that at 04:00 on February 17, Tonna, his children and some farmhands witnessed a strong light coming from behind a shed in which they stored feed. It was then that they saw a “flying saucer” measuring some 3 meters in diameter at an altitude of 15 meters. “The cows were frightened and stampeded, trampling one of the workers; the dogs howled in terror and we couldn’t contain our astonishment. I was able to notice that the lights of the farm and the vicinity were totaly out and that the generator “coughed”, threatening to seize up. THe disk moved slowly, almost in a zig-zag motion, and after passing over the pasture pond it headed toward the eucalyptus copse–the same one as on Sunday–and after a while wi didn’t see it again,” Tonna told the journalist.

The journalist interviewed the children and farmhands of the property. All versions agreed. Tonna spoke of the strange prints that had emerged three months ago on the pasture, shaped like a horseshoe 40 to 50 cm wide and with some parts more deeply sunk into the ground than others. It had a diameter of 3 meters and a variety of mushrooms began to grow inside it. At first the grass was burned but another type of grass soon sprang up to replace it. In spite of the assortment of data offered by the journalistic account, there were even more important elements missing — some which Angel María Tonna and his people decided not to tell the reporter from El Pueblo.

Radioactivity on the Farm

On the following day I tried contacting Tonna and his relatives using the phone numbers featured in the localk directory. After some frustrated events, I managed to speak to one of his sons, the veterinarian, and he told me that his father no longer spoke of Angel Tonna. The matter was closed for him.

My only alternative was to open other fronts. One of these was to locate doctor Juan María Menoni, the same one who took photographs in the area which showed traces of radiation. “I’m not a ufologist,” he said, “but I became interested in the case at the time. When I visited the site, I found that part of the fence had been melted. The generator and the motor had burned out. I took a sample of tree bark that had been burned by the UFO. A photographer friend suggested that I place the piece of bark over a strip of 35mm film. When we developed the film some strange spots appeared on the film.

Without a word, Menoni went to his office and returned with some photo enlargements which showed the result of the vegetable matter’s exposure. “It’s curious. It seemed to be charged with radiation, but where was the radiation coming from? It must’ve been from the mysterious flying saucer.”

A few days later, in Buenos Aires, I had an interview with famous parapsychologist and ufologist Antonio Las Heras, who had visited La Aurora in 1978 to look into the case. “What happened there drew my attention. I saw the trees, the toppled eucalyptuses, almost uprooted, as though a giant hand had played with them. I saw the branches ripped off by a UFO’s effects. In fact, they looked like someone had smashed them, making them tumble over and over. I found calcined rock with vitreous formation on the sandstone. For vitrification to occur, the tempuratures must be in excess of a thousand degrees [Centigrade]. I saw giant mushrooms measuring a meter and a half in diameter, standing inside the strange marks left by the UFOs. Only radiation could have mutated those living organisms.”

Las Heras told me that Tonna had been accompanied by a police dog that fateful night. “The animal died three days later. They said that it had no blood, as though it had been absorbed through its flesh, which had developed an inconsistent appearance, like flesh that has been boiled. The dog’s skin was burned in seeral pales and its tail hairs were bristled like wire. No one was able to offer a diagnosis for what occurred,” he said, shaking his head.

“What happened to the bull?” I asked, trying to avoid showing surprise at his words.

“It was a show animal of great value and it died with the very same symptoms as the dog, but after a week. The horse–a stallion–was left sterile. The sheep deaths were also mysterious: they had a sort of band around their bodies which passed through their withers. IT was really a burned patch, as though a branding iron had been applied, according to Tonna.”

That made me react, associating the facts with the enigmatic manifestationsof the infamous Chupacabras, but much later, in the mid-Nineties. A large amount of farm animals turned up dead in several Latin American countries, generally bled dry, attacked by an unknown creature or force.

Uruguayan ufologist Jorge Monsalve, whom I couldn’t locate, also interviewed Tonna around the time. In his book Encuentros Cercanos con OVNIS (Montevideo, 1995), Monsalve explains how he arrived in time to see the Normandy bull, imported from France, still alive. Tonna asked the man to touch the animal’s horns: “That being said, I extended my hand and [the horn] practically crumbled in my fingers. A sad and disagreeable experience.”