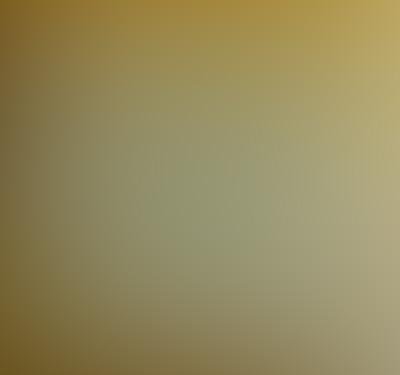 Coverage of 2012 triangle UFO cases closed out as Unknowns continues today with 22 pieces of edited witness statements from November 2012, according to January 22, 2013, testimony from the Mutual UFO Network (MUFON) witness reporting database.

The completed cases means MUFON field investigators have ruled out Mother Nature and anything man-made.

The triangle remains a top three UFO shape for 2012 with 685 U.S. reports filed through December 15, 2012. Coverage will continue with the remaining 2012 months until we have a complete log of the best triangle cases from the year. The witness statements here are edited testimony. You may view the complete and unedited testimony using the case links provided.

November 2, 2012, 6:35 p.m., Phoenix, Maricopa County, AZ, Case 43729. “As it moved further west you can clearly see the lights are in a triangle pattern,” the witness stated. “When we first saw it, appeared to be three large, non-blinking, slow moving, white lights in a row (as shown on the other YouTube video) but clearly a triangle pattern as seen in my video. Watch ‘bright lights over phoenix 11/2/12’ first and then mine, ‘UFO Phoenix 11/2/12.’ Watching both videos gives a great perception of exactly what my mom and I saw.”

November 3, 2012, 5:30 p.m., Katy, Waller County, TX, Case 43835. “I usually take a lot of pictures because I like photography,” the witness stated. “When I showed them to my wife, we noticed the green sphere-like object in the sky and both observed that it was moving back and forth and up and down. We both knew this was not a plane. There also was another, smaller object. The pictures were taken between two and four seconds apart, so it was moving at a great speed. There is a small airport nearby, and we are very familiar with the landing and flight patterns, also colors of airplanes. There is a green outline in the clouds and it looks like a green beam going downward. The object changed shape or possibly turned over and went to the south where it seemed to join with a cloaked, large object, which can be seen in the last photos. It looks like a cloud, but there is a clear outline of a huge disk, and cloud/vapor trail coming from the south/southwest. We put the photos onto our computer and enlarged them and in some of the pictures of the green sphere you can see what looks like windows, and it appears to be acorn-shaped. When it changed directions, you can see rows of lights, and on each side there are three lights.”

November 3, 2012, 11:45 p.m., Des Moines, Polk County, IA, Case 43716. “I was looking east when I noticed a bright orange/red light in the sky,” the witness stated. “Upon a second look I noticed two more identical lights. The lights were aligned like the three points of a triangle. I could not see a solid object between the lights but the way they moved together made me believe they were part of a solid object. The lights were above the tree line and appeared to be very close to me. I was worried that while I was sitting there the object/lights were going to fly over my house. They appeared to be much lower than an airplane would fly. I would estimate that they were approximately 100-200 feet in the air, maybe higher, but definitely below the light cloud cover. I remember thinking that when the object flew over, it was so low that I would be able to see all the detail and that frightened me. The lights were gliding very slowly, not wavering from their position in the triangle and moving in a westerly direction. The lights were circular in shape and were about five times brighter and larger than the brightest/largest star in the sky. I watched the lights for about 10 minutes as they moved west, toward me, and then they began to slowly fade until they appeared no brighter or larger than the average star.”

November 4, 2012, 9:10 p.m., Herculaneum, Jefferson County, MO, Case 43707. “I looked up over the top the car to the southeast and observed three lights forming a triangle in the sky,” the witness stated. “The lights stayed on and did not blink. I was able to determine that the object that the lights were attached to was dark and triangular-shaped. The object seemed fairly large. When I first observed the object it was hovering. I watched it for what seemed to be 30 seconds. All of a sudden the lights flashed very brightly and the object took off at a very high rate of speed. I also heard a ‘whooshing’ sound that did not sound like a helicopter or airplane.”

November 4, 2012, 9:20 p.m., Oakley, Contra Costa County, CA, Case 43811. “We were at home and all heard a very loud rumbling sound,” the witness stated. “It was like a 747 was dropping from the sky. We ran to our rear yard and immediately noticed a very large, narrow, triangular-shaped aircraft approximately 100 to 125 feet long and 50 to 75 feet wide. It had a solid smooth surface, straight lines, dark in color, with no writing or makings. There were three lights, one on each corner. It was flying very low and very slow, coming from the east over our housing track, and light enough to see pretty good. As it slowly passed, the aircraft was almost directly above the three of us and we all said the same thing. ‘It has no wings and it has no rotors.’ But what also struck us as odd, was that the narrow point of the triangle was in the rear, which is opposite of the Stealth Bomber and this aircraft was much narrower. We wondered if this was some new aircraft out of Travis Air Force Base which is about 40 miles north of us. Even so, why would the military be flying anything so loud and so low at that time of night over housing tracks? We watched for about two to three more minutes as it continued west and lost sight of it through the distant trees. Quite a sight to see!”

November 4, 2012, 9:35 p.m., Vallejo, Solano County, CA, Case 43726. “I was sitting at my computer and heard a loud humming noise and went outside to investigate to see what looked like a pentagon-shaped object flying above with four dim lights on each corner except the top,” the witness stated. “I stood there in awe before realizing I needed to capture it, but by then it was too far to get on camera.”

November 5, 2012, 8:27 p.m., Fayetteville, Cumberland County, NC, Case 43730. “It looked like a cop helicopter looking for someone low over houses to my left while driving south,” the witness stated. “We live near Fort Bragg. Looked like this trangle withn three white lights sitting over houses near the intersection of Cliffdale and Prestige. I almost wercked my car. Turned around to get another look as quick as I could and it was gone.”

November 6, 2012, 4:50 a.m., Hazelwood, St. Louis County, MO, Case 43755. “Noticed what I thought was an airplane fly across the highway,” the witness stated. “It got above the field to the side of the highway I was on. I pulled over and watched it descend down while flying back over to the highway right over my car. The first time I saw it the only reason I noticed it was because it was hovering over the bridge like just above it making it maybe 100 feet above my car. Literally freaked me out a bit and then I kept seeing it more and more. I’ve seen it at least 15 times since August. A few of my coworkers have seen it too. Not really sure what it was but it’s definitely an unidentified craft. It looks like the same craft seen in KC in July of this year.”

November 6, 2012, 5:30 p.m., Jackson County, MO, Case 43750. “We were driving through our city to eat at a restaurant when we noticed a bright ball of light hovering over a central monument, Liberty Memorial,” the witness stated. “We were curious and drove toward this part of town, only a five minute drive to reach this monument. We got there and the object began to move northwest at a slow stall and unusually low altitude. It became a jet. It flew low enough for us to see in detail the underbelly with no markings, all white, non-commercial jet making no sound. Our car did not vibrate as expected to be directly under a jet. I watched as the jet slowly passed over our windshield and then looked at it through the moon roof briefly. We were driving 25 mph. The scale was two-thirds the space of our moon roof. It took approximately three seconds to cross the moon roof view. It kept up its northwest flight path with a constant speed and altitude. We only lost sight because we went to our destination.”