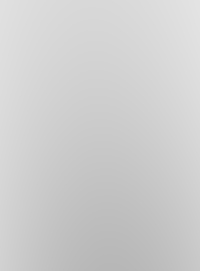 In UFO circles, the name of self styled warlock Aleister Crowley is bound to pop up at some point. Crowley, was a man delving in dark magic that had a philosophy of ‘Do what thou wilt..’, and had a career that was part madman and part proto rock star(which is why guitarist Jimmy Page and others were fascinated and composed music about him).  Crowley had joined other magic societies before branching out on his own, and endorsing sex magic (sex without orgasm for magic rituals) and enduring bad press, madness, and finally dying quietly as an old man hopelessly addicted to cocaine and heroin.

His experiments in channeling to other worlds brought a unique and future UFO connection.  He was writing about a creature known as ‘LAM’ and gives a ritual to evoke the creature within to enter into out world.  Crowley also did a painting of the creature in New York in 1919, and one can’t help but notice the familiar shape and description of the aliens described by Betty and Barney Hill.

A large head with large eyes, no nose, and a slit like mouth over a small body is both description and painting of the LAM from 1919.  If there is a connection, it will have predated Betty and Barney’s case by decades.

Certainly, there is a similarity between the channeling and some of the more arcane alien abduction cases involving dream state and hypnosis.  Hopefully, more research will provide more answers in this possible connection of Crowley and the grey aliens of UFO lore.

Most recent posts by Jerry Williams

All posts by Jerry Williams