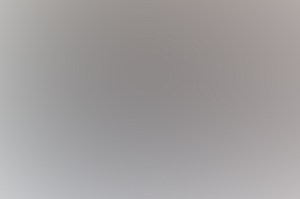 The commander of an Army installation in the Brazilian Pantanal area established the official investigation of spherical nocturnal objects reported to have burned vegetation and terrorized people. Military personnel sighted the UFO and obtained photos and physical evidences.

Report by A. J. Gevaerd, editor of the Brazilian UFO Magazine (www.ufo.com.br)

This is the report of a new investigation and interview I just conducted with the Retired Brazilian Army Lieutenant-Coronel Leo Tércio Sperb resident in Rio dos Cedros, a small town in the state of Santa Catarina, south of Brazil. The interview was obtained thanks to information given by former commander José Américo Medeiros, UFO Magazine consultant and NARCAP investigator, and performed with UFO investigator and volunteer translator of the Brazilian UFO Magazine Luis Medeiros.

The full interview is being transcribed for complete publication at the Brazilian UFO Magazine, and what can be now advanced is that the former Army military was involved in a major UFO incident in 1977, the very same year when Operation Saucer occurred in the Amazon, a hot year for Brazilian Ufology. Lieutenant-Coronel Leo Tércio Sperb revealed that this new found incident took place when he held the highly important position as commander for the 2nd Frontier Battalion, in the city Cáceres, state of Mato Grosso, West of Brazil.

The former military commander reported that in mid 1977 he was informed by his men that a small settlement located somewhere in the middle of the Cuiabá-Cáceres Road was highly excited about sightings of a strange and recurring luminous object that appeared predominantly at night. Having always been opened to UFO issues, and seeing the reports were significant, he sent a first man to do the preliminary investigations.

Captain Abrão (full name unknown) was commissioned to go to the site, talk to witnesses and collect as much data as possible and also physical evidence of whatever was happening in the mentioned location. One piece of evidence found and retrieved was a sandal with burning marks similar to the burns caused by a welder’s torch, found in the center of a vast circular area of burnt vegetation left by the object, according to the astonished witnesses. They also reported that the UFO was regular on those nights.

Back to the 2nd Frontier Battalion, Captain Abrão reported the facts to Lieutenant-Coronel Sperb and handed over his report as well as the collected evidence, which leaded Sperb to conclude that something serious was happening in the area. The commander then gathered a troop of four men to be sent immediately to the spot: one corporal and three soldiers. They received expressed orders to keep a stake-out in specific places in the woods close to the village, according to the witnesses’ guidance, so they could have a full view of the unidentified flying object and photograph it as it moved. 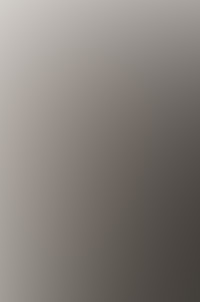 At the end a week, the troop was successful in documenting the observation of spherical UFOs, brightly lit and exactly like described by the villagers. Several black-and-white pictures were taken and handed over to the commander, who concluded the troop’s mission was done.

The photos would show lights similar to those in pictures obtained by the Operation Saucer. The Lieutenant-Coronel Leo Tércio Sperb wrote up a report, attached the photos and collected evidence, and forwarded them all to the Army Corps in Corumbá, state of Mato Grosso do Sul, to which his Corps was subordinate.

The former military commander reported that after the troop withdrew, the UFOs apparently did not trouble the villagers again. He added that he never got any reply to his report to the headquarters in Corumbá.

With this incident, collected by the Brazilian UFO Magazine – that goes after witnesses and evidence wherever they may be – the Brazilian UFO community now have one more UFO incident definitely involving military forces in the country, in the course of which Army men on an official mission and using official resources of that force not only witnessed but also registered the occurrence of a phenomena considered of extraordinary origin. Other important military to give full statements to the Brazilian UFO Magazine are brigadier José Carlos Pereira and former Aeronautics minister brigadier Sócrates Monteiro.

When asked about his personal view of the alien presence on Earth, Lieutenant-Colonel Leo Tércio Sperb demonstrated that he belongs to a lineage of Brazilian military that is quite open and prepared to face the reality of the UFO Phenomenon. He asserted that he thinks “there’s no question about the existence of other intelligences in contact with Earth’s humankind”, and that “contact between them and us is inevitable and will definitely happen in the future”.

As for the campaign UFOs: Freedom of Information Now, in progress since 2004 and led by Brazilian UFO Magazine through the Brazilian Committee of UFO Researchers (Comissão Brasileira de Ufólogos, CBU), Sperb said that civilian ufologists have every right and reason to request the secret documents kept by the Armed forces, and that the government should not only acknowledge the UFO Phenomenon’s reality but also disclose its files. “The truth must come out in the open”, said the reformed colonel.

Read about the campaign UFOs: Freedom of Information Now here:

I hope you have enjoyed knowing this and feel free to forward to your contacts.

P.S.: Brazilian UFO Magazine next interviewee, very soon, will be another graduate member of the military from the Brazilian Air Force, now retired and living in Florianópolis.