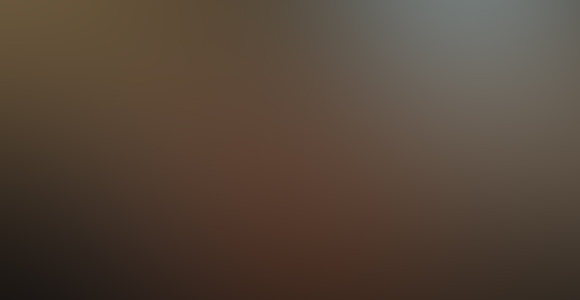 Something absolutely extraordinary and unprecedented has hapened yesterday in Brazil.

For the first time in history a Ministry of Defense of a country has officially invited UFO researchers to discuss the UFO Phenomena, how to handle its investigation and the information it may come from it. The meeting happened 3 pm yesterday at the Brazilian Ministry of Defense building, in Brasilia, the Federal Capital, and over 20 people took part of it.

On behalf of the minister of Defense, ambassador Celso Amorim, secretary Ari Matos Cardoso and his associates received the Brazilian Committee of UFO Researchers (CBU) members to discuss the subject. Present at the gathering, that lasted some 75 minutes, were also several representatives from the Brazilian Air Force, Navy and Army, all subordinated to the Ministry of Defense in Brazil, and who were asked to fully comply with the ufologists’ requests.

The meeting is a direct reply to the Iguassu Falls Letter, issued during the 4th World UFO Forum, that happened last December. In the document, signed by nearly 30 speakers from over a dozen countries and some 600 people attending the conference, it is formally requested to the Ministry of Defense that all UFO secret archives are disclosed and an official committee for UFO investigations is created under the Brazilian Air Force. It is on its way now!

An English version of the Letter is here:

The Iguassu Falls Letter is the latest step of the well-known and very well succeeded campaign “UFOs: Freedom of Information Now”, created by Brazilian Committee of UFO Researchers (CBU) and that has forced the Brazilian Government to open approximately 4,5 thousand pages of previously classified UFO documents. I have been posting many news about it in the last 5 years. It is a trajectory of success of the Brazilian Ufology towards freedom of info.

The documents released are here: www.ufo.com.br/documentos

While we are still producing texts to announce this fantastic achievement to the entire Brazilian and World UFO Communities, please read the official note below, that was published at the very website of the Brazilian Ministry of Defense, another clear sign that the topic is being fully recognized as serious by our authorities.

I am very happy to announce this, as it is the result of my colleagues and I efforts at the Brazilian Committee of UFO Researchers (CBU). It has been our strategies in the last years, through the above mentioned campaign, that resulted in this special moment for us all.

Ministry of Defense receives Ufologists to discuss documents on UFOs

Brasília, April 18, 2013 ­ Members of the Brazilian Committee of UFO Researchers (CBU) and members of the Armed Forces met this Thursday afternoon at the Ministry of Defense (MD)’s headquarters to discuss access to military documents on reports of Unidentified Flying Objects (UFOs).

The meeting was a follow-up to a previous gathering earlier this month, when the Ministry discussed administrative procedures in response to a request for information delivered by over 30 Brazilian speakers during the 4th World UFO Forum, promoted by the Brazilian UFO Magazine (www.ufo.com.br).

At the Forum, a decision was made to the effect that all documents under the responsibility of the Navy, the Army and the Air Force pertaining to the subject should be made public, in accordance with the Access to Information Act (LAI).

During this Thursday’s meeting, the UFO researchers reported their difficulties accessing documents classified as either secret or ultra-secret. “Many questions remained unsolved about famous incidents such as the Varginha Case, the Mearim corvette incident and the Trindade Island sightings,” says A. J. Gevaerd, Brazilian UFO Magazine’s editor.

The Secretary for the Ministry’s Institutional Coordination and Organization, Ari Matos, declares that cases in which information is still not publicly disclosed are exceptions. “The general rule is to make all documents accessible. Some cases still have to go through the legal deadlines, but that is an issue that will soon be resolved,” he adds.

According to the Director of the MD’s Organization and Legislation Department, Adriano Portella, the Defense has been making every effort to meet LAI’s established deadlines as far as declassification and public exposure of documents is concerned. “The Act determines a 2-year term, from the date of its promulgation, for the revision of information that has been classified as secret and ultra-secret,” Portella explained. “The job is being done, and the documents will be declassified within the legal deadlines.”

According to Ari Matos’ evaluation, the meeting’s most important result was a mutual partnership established between the militaries and the ufologists. “LAI has opened to the general public the possibility of accessing a great deal of information produced by the government. A regular means of contact must be created to suit the needs of both the UFO researchers and society in general,” says the Secretary.

After the meeting with the militaries, the ufologists celebrated the initiative. “Today is a Day to remember in the history of Ufology,” said Fernando Aragão Ramalho, from UFO Magazine. “Never before did a country’s Ministry of Defense summon Ufologists to a formal discussion about flying saucers,” he celebrated. “We are optimistically standing at the door that has been opened to us, and we expect to move forward with our discussions,” Aragão says.

Thanks to Carlos Casalicchio and Marcos Malvezzi for translations.