Val Wineyard, author of “ Mary, Jesus and the Charismatic Priest: Faith Legend and Logic in Languedoc.”

The discovery of a synagogue at Migdal on the Sea of Galilee last September (2009) fascinated me, for Migdal was the home of Mary Magdalene, as I pointed out in my book; “Mary, Jesus and the Charismatic Priest”. (Note 1)  My book linked the mysteries of Rennes-le-Château with the journey and arrival of Mary Magdalene and Jesus to the region of Rennes-le-Château where they lived.  The church there is devoted to Mary Magdalene, and the priest named his tower after her – Tour Magdala.  But he could have named it after Magdala, Mary’s home-town, for Migdal was known as Magdala in the time of the priest.

The book I use as my “Bible” about archeological discoveries in the Holy Land, “Jesus and his World” (note 2), told me this;  Magdala (Hebrew Migdal Nunya) was a thriving city with a prosperous fishing industry.  It is located 3 miles north of Tiberias on the Sea of Galillee; the Talmud indicates it had a harbour and a boat-building industry.  It has long been accepted this was the city of Mary Magdalene.

Mary’s home town, the book continues, was first excavated in 1971 and 1974 on behalf of the Franciscan Custody of the Holy Land.   They found Byzantine mosaic pavements, including an image of a boat, a water reservoir, a paved street, a hoard of bronze coins and a fountain-house.

In 1986 an actual boat of the period was found nearby. Two walkers, walking at low water after a particularly dry summer, saw a boat-shaped shadow in the mud – it was a buried boat, 8m long, 2.5 metres wide and 1.25 meters in depth. 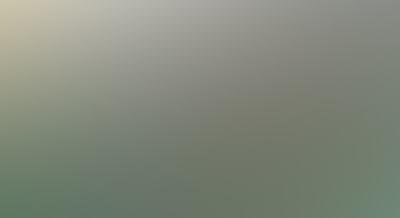 A cooking pot and a lamp enabled it to be dated between 100BC and 70AD, and there were some coins dated 30AD.  It was build of several woods – the sideplanks from cedar from Lebanon, the framework of oak.  Archeologists called it the Kinneret boat.  The boat was old and had been repaired many times, maybe it had sunk in a storm and never been recovered.

Both Matthew and Mark’s gospels describe a scene where Jesus and the disciples were returning one night across the Sea of Galillee when a storm blew up but Jesus was peacefully asleep – they woke him to calm the storm.

This is amazing; a real boat proving the tale!  Jesus could have been sleeping, his head on a sack of sand or ballast, on a boat just like this one – even the very same one.  Sudden minor squalls are famous on this inland sea.  Jesus obviously knew his region and his lake.  Jesus lived at Capernaum and Mary Magdalene lived at Migdal – the two places are only 5 miles apart, if that – the Sea of Galilee is only 15 miles long.  We have a picture of the life of Jesus and his disciples; working in these thriving towns as carpenters or fishermen . . . . Jesus going to see Mary Magdalene in the evenings . . .  a picture of their everyday life.

The boat was found between Migdal and Capernaum and is now in the Yigal Alon Museum in Kibbutz Ginosar, Tiberias.  (Note 3)

The news of September 2009 – you could call it a miracle.

It was decided to build a new hotel and conference centre on a flat part of land in Migdal down by the Sea of Galilee, and when digging the foundations they found remains of a synagogue, buried since the first century.  There was a large room, 120 square metres, with benches around the sides, a mosaic floor, pillars, and beautifully frescoed walls.  The centre of a synagogue was always empty –  the people sat on benches around the walls, the speaker could move about and talk to them more directly.   An engraved stone was found, with a rose and a heart on top, symbols of love, and the Menorah, either side of which were stone jars, thought to contain oil for anointing, pictured on the side.  Archeologist Dina Avshalom-Gomi said the artist must have seen the original, gold Menorah at Jerusalem. 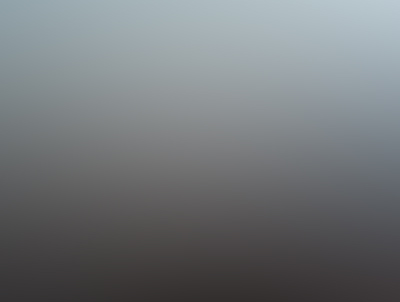 Dina said in a video film;  “A holy place here?  Indeed, you could call it a miracle.  The

synagogue was only a few feet down, it has been beneath our feet, undiscovered, for 1,900 years.”   You can watch the film and “meet” the archeologist lady, on www.jnnnews.com/tv6.html

This synagogue was built about 50BC and would have been destroyed during the war with the Romans in 70AD.  It would have been in regular use when Jesus and Mary Magdalene lived there, and they would have visited.  Author Carolyn Sheild, writing on www.ufodigest.com says that the wedding at Cana took place in this synogogue, before the reception at Cana . . . . . . . . many think Jesus and Mary were married at Cana, but I don’t.   The two did not have a formal marriage.  However, it’s wonderful to think the Cana marriage of the Bible took place in this Migdal synagogue and all Jesus’s family were there . . . and Mary Magdalene.  Who was

married then?  It was the marriage of Joseph of Arimathea, who was Jesus’s brother.

This land beside the water was bought by the Vatican who created a company called Ark New Gate especially to build a multi-cultural and multi-religious centre.   Naturally they were thrilled by the find of the synagogue; it has almost mystic significance, being such a coincidence.

“These new findings surpass all our expectations,” says the man who started it all in 2004, Juan Solana, a director of a Christian centre in Jerusalem.  “I knew Magdala was a holy place and I always had the sense it would be a special place for the pilgrims from different religions.  In a moment of prayer, I thought that the last time people gathered here, around 70AD, most of them had been witnesses of the life of Jesus.  I’m dreaming of the day the place opens for pilgrims, and hope it will build bridges and ties of true love between the believers of different religions.”

Ark New Gate will continue building and later manage the site, actually owned by Regnum Christi, which is the lay part of the strongly Roman Catholic “Legion of Christ.”  From the start they planned to build a “Magdala Centre” in this spot, and they tell us; “The Israeli authorities have asked for the excavation to continue, and for the findings to be preserved and incorporated into the planned Magdala Centre.”  The Centre should be open sometime in 2012.  The ruins will be on view, there will be a hotel for pilgrims, a multi-media centre to “show the message and life of Jesus” and inspired by Mary Magdalene, a centre promoting the vocation and dignity of “woman”.  (Note 4.)

Mary Magdalene lived at Migdal and Jesus lived at Capernaum.  He moved his centre of operations there after the 40 days he spent in the desert after his baptism by John the Baptist.  This is very clear in St. Mark’s gospel, (note 5) it was almost as though Jesus was incredibly moved by his baptism, he had a sort of vision, and he had to go away and think deeply about what he wanted to do.   Meanwhile, Jesus no longer had time for Nazareth, where he had been badly treated.  They even tried to lynch him, saying he wasn’t qualified to preach.  (Note 6)

St. Matthew, however, tells us that after Jesus heard that John the Baptist had been put in prison, he returned to Galilee.  Leaving Nazareth, he went and lived in Capernaum.  However, this Gospel has been dated around 100AD, nobody knows if Matthew himself wrote it, (it certainly doesn’t read as something written by a personal friend of Jesus) while Mark’s was written before 67AD.  Mark knew Jesus personally and therefore more accurate. Mark founded the Coptic Church in Egypt around 50AD.  You can find out much more about the Coptic Church by researching it on the Internet.  It’s beliefs reflect an early Christianity completely different to that of the Roman church, which was proclaimed by Constantine in the early fourth century. 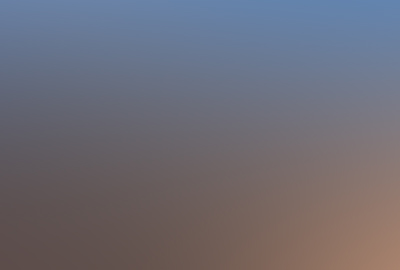 Jesus started preaching in the synagogue at Capernaum.  If you visit this small town today, that began its life as a row of fisherman’s huts alongside the Sea of Galilee, you will be amazed to see the remains a huge and beautiful white synagogue with pillars and carvings – but this was not where Jesus preached.  This was built in the Byzantine period, late 4th century.  Where then was the original synagogue?  The archeologists, taking a gamble that people often built synagogues on the ruins of old ones, cut a trench and dug down yet further.  There was revealed the remains of a first century synagogue in black basalt.  They knew it was a synagogue because the floor was much larger than one ever found in an ordinary house of the time.  (Note 7)

A site called http://www.bibarch.com/ArchaeologicalSites/Capernaum.htmgives us a chronology – the synagogue was built in 20AD and Jesus preached there in 27AD.  If this is true, then Jesus spoke there, before he was baptised by John the Baptist and before he “started his ministry.”  This certainly adds fuel to the flames of my idea that Jesus was part of a circle of friends in the district that included Mary Magdalene.

What is more amazing, there lived at Capernaum a Roman soldier, a centurian, called Petronius.  Roman military personnel were stationed at Capernaum under the command of a centurion. Recent excavations indicate that a military garrison was quartered east of the town. The troops enjoyed a complete suite of baths and other excellent facilities. This would have been the residence of the centurion who built the synagogue, in 20AD, in which Jesus taught.  “He loves our people and he himself built a synagogue for us.”  (Luke 7:5).  Petronius’s garrison served Herod Antipas, the governor of Galilee, under Roman authority.  (Note 8)

Already we see Jesus’s great universitality, his belief that all men are equal before God . . . .

In Part 2 – It was unusual for a Jewish preacher and a Roman officer to be friends – but Jesus had many other unusual friends who supported him when he was on the run from Herod and the Pharisees.  And in Part 3, they helped him survive the crucifixion.

For more information or to purchase the book simply click on its cover: Mary, Jesus and the Charismatic Priest: Faith Legend and Logic in Languedoc

Notes for this Part 1;

3  You can watch an interesting YouTube film all about it on www.jesusboat.com/boat.php  Towards the end of the film are shots of the 4th century synagogue found at Capernaum.  Many other links appear on Wikipedia, under the title “The Sea of Galilee Boat.”

4.  You can see more on www.magdalacenter.com