Bugarach, population 189, is a peaceful farming and wine-growing village in the Corbières, a mountain region in the south of France, and sits at the foot of the mountain of that name.

I became interested in writing about Bugarach because I believe it is on the route that Mary Magdalene and Jesus took when they crossed these Corbières mountains from the French Mediterranean coast during Roman times, specifically 33AD.

The mountain, 1230m high, is known as “The Crossroads of the Four Winds”  and also as the Mountain-with-its-feet-in-the-air, because it once blew up and the top part of it landed upside-down-down.  There does seem to be more of it above than below.  It dominates the south of Aude; you can see it from almost everywhere.  It is an orientation point – they used it to orientate Monségur, the “last stand of the Cathars”, because compasses don’t work on the pog.

The mountain is a dormant volcano; ariel photos clearly show its crater.  It is full of limestone caverns and the internal fires still raging deep down give rise to the hot springs that flow down towards Rennes-les-Bains from Sougraine in the form of the River Sals.  The water is also slightly radio-active.

If you climb up the mountain after sunset, you will hear strange noises and see strange lights (some brave souls have done it) and the legends of strange lights and flying saucers are tumbling over each other for recognition.  Your ears start buzzing – well, so would mine after that climb!  Then you’ve got to get back down in the dark.   Most of the reports of UFOs are sightings of clouds, and it is rare day when no cloud hovers over Bugarach and its crater.

Underneath the mountain, legend says, is a huge lake, on which space-ships can sail, until such time as they need to return to their native planets.  This is strange, because other legends say that underneath Bugarach is the grand forgotten continent of Lemuria.  You can still find web-sites about “The People of Mu”; a sacred race.

This is all nonsense, for the Lost Continent of Lemuria, which existed a mere 44,000 years ago, was a fictitious Victorian imaginary place, popular with the psychics and seers of Victorian London.  (See Wikipedia.)  Today Rennes-le-Château, however, is competing for this legend – the Temple of Lemuria, built over a sacred spring, stood on the plateau beneath the citadel of Rennes,

Bugarach is also apparently an outpost of Atlantis, the legendary utopian civilisation where all was sweetness and light, that existed somewhere near Iceland about 12,000 years ago, and then disappeared but meanwhile gave its name to the Atlantic Ocean.  There are some rocks between Bugarach and Mont Cardou, just to the north of Rennes-les-Bains, called The Gates of Atlantis.

Some of these legends are patently ridiculous, but people cling to them as though they are pets.  The village of Bugarach, at the foot of the mountain, is very concerned.  I have a press cutting from 2007, saying the maire was seriously worried.  “Strange pilgrims” he said, “Have paid a ransom for houses that now have esoteric names.  I’m afraid these are owned by sects or cults.”  In short, mystic fever exists.  “They have made the peak sacred, some of them are even searching for the grave of Jesus Christ.”   The newspaper observed that it was true – the village of Bugarach and its mountain had caught Rennes-le-Château fever.

The latest report (late 2010) is that the harrassed maire he will call out the army if necessary, for strange people are already gathering so that the aliens can lift them off the mountain and save their lives when the world ends in 2012, according to the Mayan calendar.  If I remember correctly, (I saw it on a film I have, called “What Time Is It?”) the Mayans said that TIME would end, not the world.  But they were wrong – for the Mayans no longer exist, do they?  Their time stopped a long time ago.

Let’s get back to real history.  In the year 889 the village was called Villa Bugario, implying it belonged to a Roman called Bugarius.  Many villages in Languedoc whose name ends in -ac were of Roman origin, and by 1194 the village was called Ste Marie de Bigarach and it was known as Bugarach by 1781.  I think we can assume that the settlement of Bugarach started its life in Roman times, around 70BC, if not a little before.  It would have been well-established when Mary and Jesus passed on their way to Rennes-les-Bains and they probably stayed overnight there. 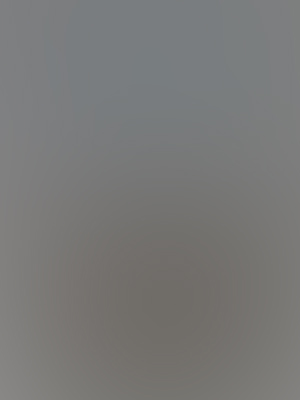 The story that Bugarach was named after the children of Jupiter, Bug and Arach, is a children’s fairy tale.  After the Crusade against the Cathars, who supposedly had a faith descended from that of the Bogomils (but it has been proved they didn’t) the legend arose the mountain was named after the Bulgares, Bogomils or even Buggers!!!

I have found no trace of the name Bugario or Bugarius in Roman history, but that doesn’t mean one didn’t exist, of course.  After all, the Roman soldiers who colonised Gaul came from all over the Roman Empire; after serving their time, they were entitled to Roman citizenship and were often asked, during the last years of their service, to act as colonisers and take their soldiers, their soldiers’ families and their own families with them.

The Victorian writer from Carcassonne, Louis Fédie, says the village was originally a Celtic oppidum, which became Gallo-Roman.  This implies it was a position that guarded the old road, which would have been Celtic before it was Roman – it was certainly a Celtic packhorse route before it reached Rennes-les-Bains.  Fédie says the church was built in Visigothic times, that is sometime before 769AD.  It was originally consecrated to St. Anthony the Hermit, a third century saint, as is the hermitage in the nearby Gorge of Galamus.  Still today, every Ash Wednesday, there is a procession through Bugarach village, featuring a hermit who carries a cross.  On the cross is a horse’s collar with bells on it – and also strings of pork sausages!  This is because St. Anthony the Hermit is the patron saint of pork butchers.  The pig, usually a jolly fellow featured in pictures of him, is supposed to represent the dreadful temptations Anthony suffered in the desert – the Devil was particular keen to tempt him into “fornication.”  The saint resisted magnificently and didn’t die until he was 84.

The church at Bugarach has lots of “pagan” symbolism in it.  There is only one depiction of Christ – he is on his cross and his eyes are open, implying that he didn’t die.  One enters the church to see the altar at the far end – and on either side of the altar is a plaque of a grail cup.

In the church has a mysterious stained-glass window.  It shows a boat with a sail, and on the mast of the boat is a wheel, bearing a marked resemblance to the Wheel of Fortune of the Tarot cards.  The sun is setting to the right; and high in the sky on the left is a crescent moon.

This window is really in remembrance of Jules Verne, who often holidayed in the village.  Bugarach inspired many of his novels, especially “A Journey to the Centre of the World.”  On the mountain are many fissures in the rock that nobody has dared to go down yet!   He also wrote a mystic book called Clovis Dardentor, published in 1896.  The story is about a sailing boat – and the Captain was called Captain Bugarach and described as “he who is the master of the quartering wind.”

On a side entrance from the church is a skull and crossbones – surprisingly often found in Christain churches of the Ariège/Aude region in Languedoc.  This invites us, as the freemasons do, to meditate on our mortality.

In the church is a plaque to the Book of Seals – a secret book of the Cathars reputed to be solemnly opened only at Bema – Easter Sunday – according to the book “The Secret Message of Jules Verne,” by Michel Lamy, which is on sale at Rennes-le-Château.  However, I’m not convinced of this.  If the Cathars celebrated Easter it was not as we know it today, for they did not like the Crucifix, believing Jesus was immortal right from the beginning and so they did not celebrate the Resurrection.  The book in Bugarach church is probably the Jewish Book of the Seven Seals – with a Paschal Lamb above it, yuk, a poor little corpse representing Jesus!

Bugarach has a ruined 13th century chateau, with only one tower of four still standing.  In 1967 SESA member (Société d’Eudes Scientiques de l’Aude) Marie-Louise Durand, discovered in a lower room of this last tower a set of drawings from the 13th and 14th centuries.  It sounds as though somebody was drafting something, for the design included lines and points, which connected to make four pentacles, and a swastika.  A pentacle also exists inside the porch of the church, above the door of the shrine.

Lastly, there is another mysterious connection here  – with Rennes-le-Château.  Marie d’Ables de Nègre, from Niort, married her cousin François de Hautpoul Blanchefort, from Rennes-le-Château, in 1752 and the wedding took place in Rennes-le-Château, where the couple subsequently lived.  This wedding united two parts of the Blanchefort families – and the village of Bugarach was included in the deal.  Although the Bishop of Alet-les-Bains officiated, and four lawyers attended and signed the marriage certificate as witnesses, the second and third banns were not called and it all went through in less than a week.

Why the hurry?  Something was going on.  One story is that Marie d’Ables inherited from her mother certain papers about Bugarach that the other side wanted, papers that lawyers later refused to release.  Speculation has since been rife.  Could Bérenger Saunière have found these papers, or copies of them, when he renovated his crypt?

The commune of Bugarach includes the mountain – and the prevailing legend, possibly inspired by those who know about Marie d’Ables, is that Jesus, and possibly Mary Magdalene as well, are buried there.  That was the knowledge that they got married to protect.  Marie d’Ables and her husband lived at Rennes-le-Château, she came there from Niort, but of course they could have stayed sometimes in the château at Bugarach.

Just recently, a book has been published by Claire Heartsong called “Anna, the voice of the Magdalenes.”  The book describes how “channeling sessions” revealed that Anna, the mother of the Virgin Mary, plus Mary Magdalene and many others, came to Stes-Maries-de-la-Mer, then travelled to Narbonne, then followed the Aude to Couiza, then followed the old Roman road which passed Rennes-les-Bains, on to Bugarach.

This is strange, for I am convinced Mary and Jesus followed the road in the opposite direction.  I don’t believe Anna (who is never mentioned in the Bible) was still alive in 33AD, and there is evidence that Jesus’s mother Mary went with Joseph of Arithmathea to Anglesey.  But I only read history books – I have no contact with spirits . . . .

Meanwhile, there is a lovely story about Bugarach on the site:

Article contributed by Val Wineyard, who lives permanently in the south of France not far from Rennes-le-Château.  She has two sites for all those interested in France and its historical mysteries;