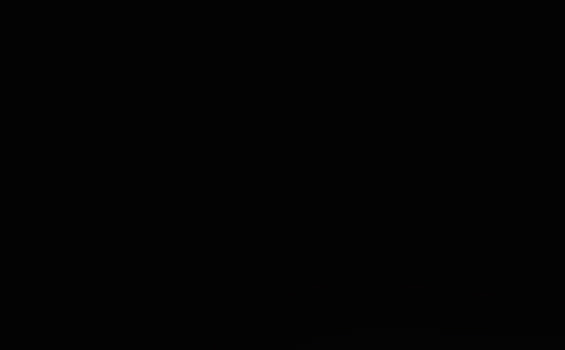 “This pattern of lights was odd to me,” the witness stated. “It was traveling very slowly west to east. There were no flashing lights or spotlights like urban aircraft would have and no additional lights became visible like with some craft as its angle changed passing over. I immediately started taking phone video which is attached.”

The witness attached one piece of video with the MUFON report, which was filed on January 14, 2013.

“It was totally silent and in the same triangle shape the whole time. There is no variation in the position of the lights even when scrubbing the video I took fast forward and backward. Distance was hard to estimate but it was below a low lying cloud layer with lots of moving mist in the air. Possibly 300 feet but maybe as much as 1,000. Couldn’t tell at any time with my eyes if it was one big thing with lights or three small things in perfect formation because there was nothing but black background.”

The witness detailed how the lights moved together.

“The lights had a gentle flickering appearance like the flame in floating lanterns or like the mist in the air was creating a star like twinkle as it/they moved. The triangle shape stayed so perfect and unchanging that it seemed unlikely that it was a formation of free floating objects like balloons with lights or remote controlled aircraft in formation.

“I thought possibly a high formation of aircraft in the V-shape, but the lights were very vivid and bright when in front of me and quickly got too small for my camera to resolve after moving west and over the buildings. That indicated smaller, closer, lights to me.

“The triangle shape also became distorted as it moved away becoming squashed almost to a straight line. This indicates a radical perspective change to me, which also suggests something closer. It was far too big to be a kite or hang glider with lights. It was also too big to be a close aircraft with that large a triangle of lights without being heard.”

The witness discussed the video taken.

“The video looses the lights at the end but to my eyes it never vanished or made any sudden moves. It just slowly, silently, flew past like a formation of floating lanterns until the dots of light were too small for the phones image chip to resolve anymore. I saw it with my eyes for another minute or so before it finally traveled behind the buildings. Total time from seeing it until it was gone, maybe three minutes.”

The witness points out one additional light seen.

“There is a curious frame of video in the 1:54 area where a new point of light appears for one video frame, but it could be a video compression distortion.”

“In retrospect I probably should have chased it, but I was due on stage for a show and I was feeling the pressure and I was not completely convinced that it was aliens or whatever. It just seemed like something odd that I should get on tape for documentation. I still can’t explain it though. If you have any ideas about what this might be I would love to hear them.”

The above quotes were edited for clarity. Chandler is a city in Maricopa County, AZ, population 240,101.