UFODigest.com » Aliens and UFOs » Ancient Astronauts » Before the Delusion by William Gleeson, a bombshell rewriting 12,000 years of history – Part II 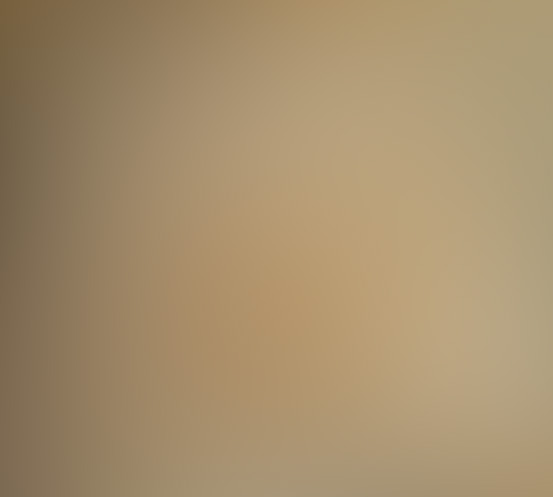 And – the Great Pyramid was never a tomb. Again the professional academic Egyptologists know that. They call them ‘symbolic’ tombs because they know no bodies or mummies or skeletons were ever found in them. Even in several examples of closed sealed chambers – they were all empty.

Recently in 2010 parts of the Great Pyramid have been found to be radioactive – quite strongly radioactive. Back in the 1800s early European explorers recorded that the ‘natives’ told them the pyramids were dangerous because of invisible evil spirits – which the explorers laughed at as superstitious belief in ghosts. Those are just small examples – which some people dismiss as individual errors. But there are dozens of such cases – so many that when you add them all up the total weight is hard to ignore.

A much more important example is the emergence of the Sumerians in Mesopotamia before about 4000 BC. All the orthodox history says the eastern Mediterranean area was in a completely normal Neolithic state up until about 10,000 BC with just scattered small tribes of primitive hunter-gatherers. Then there was a gap of about 2000 years with no records of activity at all. Then somewhere around 6000-4000 BC the Sumerians and their cousins in Lower Egypt appeared – suddenly out of nowhere. They called themselves ‘Sumeru’ meaning civilised lords.

Suddenly there were sophisticated people with language and numbers; codified law, brick construction; fine pottery and exquisite jewellery; domesticated animals and agricultural crops. It was magic – material and cultural civilisation just appeared out of nowhere.

And the early records of skeletons showed the newcomers were physically much taller and different from the natives. They were immigrants. All this is on the orthodox record up until about 1950. Clearly the eastern Mediterraneans – from whom we are all descended – did not evolve by gradual Darwinian evolution. They just appeared suddenly.

RMT: 4) When you were writing that the pyramids were essentially nuclear reactors powering huge steam generators, and that the God of the Israelites was the light of these reactors; also that the Israelites had nuclear weapons in the 3000 years preceding the venue of Jesus Christ, how did you think it would be received by all these experts and everyone in general?

WG: At first I thought it was so clear, so obvious, with so much evidence that everyone would just say …gosh, why didn’t we see that before. But later I realised it was so radical that no one would believe it at all and instead think I must be a total fruit-cake.

But it is absolutely clear cut. The original Egyptian texts say the pyramid was a machine that accomplished the transformation of the dead body into the light of the sun. Those are not my words – that is a quote from a Harvard professor. I am not making any of it up, it is in the standard translations of the Egyptian texts.

The evidence that they were nuclear reactors is overwhelming, clear, unambiguous. The Egyptian literature itself is called ‘instructions for making a great light’; from ‘light food’ of saffron [yellow] cake in portions of 2-3-5 [Uranium 235]; and the Great Pyramid is known to be still radioactive. Quite strongly radioactive.

Ironically there was early ‘native’ literature that said a chamber of the Great Pyramid enclosed the secrets of the disintegration of matter. But that was not in English so it was regarded as unreliable.

RMT: 5) Who are these Lords of Ur from Sumeria (Iraq) who built the pyramids and the megaliths in Europe and are the forefathers of the Israelites? Where did they come from, and how did they have advanced knowledge of chemistry and nuclear technology?

WG: The texts – Babylonian, Egyptian and Hebrew – say they were civilised lords from across the sea. They were tall, long-headed and long-lived [called ‘mighty’ and ‘ancient of days’ in Biblical terms].

All that was accepted in pagan times. Even a father of the Church, Bishop Eusebius, acknowledged the mighty lords of old as antediluvian. The Old Testament Bible spoke numerous times of ‘giants’, which was re-translated into ‘mighty men’ in the King James Version (KJV). Flavius Josephus in the Antiquities of the Jews made a point of explicitly describing ‘giants with bodies so large, countenances so different from other men, that they were surprising to the sight and terrible to the hearing’. They must have been human or humanoid because they interbred freely with locals – that is clearly recorded in the KJV and even more explicitly in the Book of Enoch in the Dead Sea Scrolls.

The wife of Lamech, son of Methuselah, bore a son whose body was ‘white as snow and red as the blooming rose’, with long locks of fair hair and beautiful eyes. Lamech exclaimed in fright ‘I have a strange son, diverse from and unlike man, resembling the sons of the lords of heaven …his nature is different and not like us’ and he went to his wife and accused her, ‘have you conceived by one of the sons of heaven?’ But naturally she denied it.

The ‘lords’ came from Troy or Atlantis – the city of man that was destroyed by a catastrophic asteroid impact in ca 10,000 BC. All that is detailed in Homer’s Iliad and Vergil’s Aeneid and many other sources. Cassandra warned of celestial disaster – at which Aeneas rescued the sacred fire of the hearth and with a few kin sailed away before impact. The exact site of the original Troy was recorded in the map formed by the original Stonehenge. One princely ‘son’ figure sailed away from Troy carrying the sacred light – while later another princely ‘son’ arrived in Mesopotamia bearing the light of resurrection.

RMT: 6) An army of scholars has spent hundreds of years studying and translating the very same texts you did, why do you think no one saw what you saw in these ancient texts?

WG: Several reasons. No one much studies old literature any more – it’s not useful or fashionable. The few people who do are either orthodox University scholars or even more orthodox religious scholars. It’s not in their nature or interests to be unconventional. It took over 40 years for orthodox scholars to translate the Dead Sea Scrolls – and even then the obvious record of interbreeding was disingenuously characterised as ‘coded astrology’.

On the technology front the early explorers simply didn’t know. The natives said the pyramids housed invisible evil spirits – which European explorers thought must be ghosts, we didn’t even know about radiation until Rontgen discovered X-rays and Curie identified radium in the late 1800s.

There was also some innocent or possibly deliberate mistranslation. In the KJV Bible the Hebrew plural Elohim [lords] has been deliberately re-interpreted as singular God. Literal ‘giants’ are mistranslated as ‘mighty men’. And the two great lights of brilliant crystals were transposed into the sun and the moon and the stars. Mainly we didn’t see it because we didn’t want to see it.

RMT: 7) Is there anything you left out of your novel that you felt would have been just too much and would have hurt its credibility? Can you tell us what?

WG: Yes a lot of detail – the book is only about half of it. I have left out an enormous volume of supporting material from Babylonian literature, Gnostic literature from the Nag Hammadi library, a lot of Celtic mythology and Norse mythology – both of which are very parallel to Greek mythology. To a degree that missing material is very supportive – it adds volume and weight – but it would be too repetitive and too dense. I have tried hard to be simple and brief.

If anyone wants more myth and folklore there’s a good commentary on Norse myth in de Santillana’s Hamlet’s Mill; and a compilation of European folklore in Frazer’s Golden Bough. But they are both very dense.

RMT: 8) What else have you uncovered through all your research, is there another book brewing inside of you that you intend to write? If so, what will it be about?

WG: Possibly – there is a mountain of allegorical material in Greek, Celtic and Norse mythology which can now be made sense of.

I have also figured out exactly how the Great Pyramid worked – mechanically. There is enough information to actually re-activate or replicate the Great Pyramid. In true scientific method it would be possible to actually test the hypothesis. Incidentally, the mechanism could potentially be used to generate energy – or unfortunately to make weapons.

RMT: 9) Your novel could be considered in the style of Dan Brown’s Da Vinci Code, although your research appears more credible, and there is less action. Was it your intention, were you hoping the book would have a similar impact?

WG: I at first tried to write as straight non-fiction but it was too bland, boring and dense. I did not consciously seek to emulate Dan Brown – far from it. But I did try to construct a structure and a thread to carry a story and simply to make it more readable.

I have deliberately detailed the bibliography and footnoted almost all references so everything can be verified. In a sense this is not my story – I have not made it up – I have merely discovered and re-presented it. As my main character Liam Kelly said, ‘I have lapsed into logic and lucidity leading me to believe factual evidence of rational explanations of history. However, if anything was not well said, that is to be attributed to my ignorance’.

7) Egyptian_sun_gods_seated_on_thrones_of_lapis_lazuli.jpg – The power was in the throne. Picture credit: Coffin of Djedkhonsuefankh ca 950 BC. Trustees British Museum, image 35299001

8) Narmer_composite.jpg – From the Narmer palette. An early Egyptian King brandishes his magic rod of fiery power.

All posts by Roland Michel Tremblay