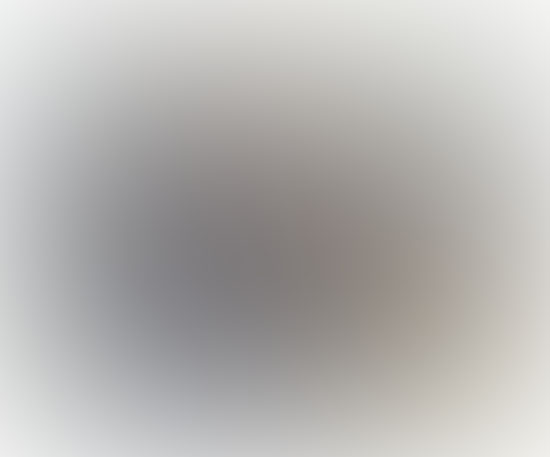 Looking over the manuscript, I realized this was the missing “Key” to the puzzle and that the book by Bryce would now take on a greater importance beyond being just a backlist title of little consequence. Thus the book you are now either holding in your hands or reading as an e-book. After doing some research, it became apparent that UFOs had impacted Bryce’s life more than he had let on. There were even elements of his experiences which he had never let out of the bag. But now, with the help of Marc Brinkerhoff’s and Shawn Robbins’ recollections, we are able to put this jigsaw puzzle together.

If you missed PART I of this article click here!

Frankly, I can’t help but believe that somehow Bryce was behind all this. As he looked down from some lofty place in space or a heavenly realm, I am sure he wanted others to discover the glory of his transformation experiences so that they might experience their own.

I think Bryce put me up to doing this because his complete story was never really told.

The picture that accompanies this personal tribute is a graphite illustration that I did under my close friend Bryce Bond’s guidance and direction in 1987. It depicts his physical onboard spaceship encounter with spiritually advanced alien beings. The UFO encounter happened   in the area called Cradle Hill in Warminster, Wiltshire, England, in 1974. He had several UFO experiences on subsequent nights at that same location. He was at first very hesitant to discuss his closer-than-life-encounter with a group of extraterrestrials in what for over a decade remained a virtual UFO hotspot where a person could see a UFO on almost any given occasion.

Bryce Bond was visiting Arthur Shuttlewood, who was showing a group of people the area where the UFO sightings were frequently occurring. Arthur lived in Warminster on Portnoy Street. The time was around 2:00 PM on a week day. Arthur took them down a dirt road on a farm where the owners knew Arthur and allowed people to go in the back field with him. Arthur was discussing the “Invisible Walker” with the group, explaining how in certain areas you can hear the footsteps of someone very big walking and see the grass get pushed down, but there would be no physical person there. He described how the footsteps will go past a person and stop a short distance away. No one was ever hurt by the “Invisible Walker,” just amazed and bewildered. Bryce had experienced the “Invisible Walker” a couple of times in Warminster, and so did I when I was out in the Starr Hill Valley fields. They often saw “nothing” – maybe a vague outline of a tall being against a hedge or fence. But they could hear the footsteps shuffling around on gravel and stone pavement as well as lumbering through the hedge rows.

While Arthur was talking to the people, he encouraged them to go off to sky-watch a little and commune with the energies and meditate. So, Bryce took off down a little dirt tractor path that led to another field. He said he ducked through a fence and went into a field with long, golden, 18-inch-tall grass or possibly hay. He walked about 20 to 30 feet in and stopped and stood for a while, just looking at the sky for UFOs. He sent out telepathic thoughts of peace and love to the universe. After a while, he noticed that he didn’t hear the people in Shuttlewood’s group talking anymore and thought they had all just settled down to meditate a bit.

Bryce said it was a beautiful day with the sun shining and some clouds moving slowly in the sky. He was standing in the field and had closed his eyes to send out a prayer when he noticed an unusual energy building up around his aura. He thought it was very peaceful and had a loving vibration, as if he was being caressed by Angels.

Suddenly he smelled the intense and intoxicating beautiful scent of Lily of the Valley flowers with a mixture of honey! He felt very calm and almost euphoric with the smell and the energy surrounding him. He began to feel a tingling pressure in his temples and surrounding his head; he also heard a strange whirring sound above him. He tried to look up and turn around and he couldn’t. He was held still in place by a gentle pressure. He opened his eyes and could see forming around him a perfect circle in the grass as it was being pressed gently down in a clockwise direction. Then the energy changed in front of his eyes, a bit blurry for a few seconds.

Then he could see, in the energy superimposed around him with the grass still moving, the interior of a spaceship and some translucent people! In a few more seconds he was standing in a physical spaceship and was confronted with a beautiful space woman with large blue eyes, dark hair, and dressed in a form-fitting, medium-blue space suit. In front of Bryce stood a smiling benevolent alien being who was about seven feet tall. He had kind, large, amber-green eyes, no hair, a short and somewhat flattened nose, very small ears and long slender fingers. He was wearing a dark blue-gray spacesuit with a reflective belt and a shimmering silver white cape.

Both of the aliens spoke to Bryce telepathically and asked him some questions, like “How are you feeling? Are you thirsty?” and said “We have been watching you for some time.” Then he had telepathic information transferred into his thoughts and mind regarding energy and healing. He said the alien with the cape was a wise teacher or master and he felt humbled in front of him.

He remembered that for a second he thought of how beautiful the woman was and he felt that she heard his thoughts and looked down and smiled. He told me that he then felt embarrassed to have thought that because he knew she was very advanced spiritually and he was acting like a lustful man in his mind. The space woman sent him a thought of “It’s ok, let it go.” Then she directed him to look out the porthole windows. Bryce said he could see our planet Earth in the distance with the stars. He also recalled how beautiful and blue the planet was from space.

After what seemed like almost 15 minutes or so, Bryce was told they were bringing him back, and that someday maybe they would meet again. He thanked them all for the experience and said “God bless you all.” The aliens smiled at him and said “Good-bye and bless you too.”  Bryce told me he suddenly began feeling the tingling energy throughout his body with the smell of flowers surrounding him! Then in seconds he was standing back in the golden grass again, but the sky was now a bit darker. He was standing in the center of a perfect crop circle!

MYSTERIES OF MOUNT SHASTA: HOME OF THE UNDERGROUND DWELLERS AND ANCIENT GODS

SECRETS OF DEATH VALLEY – MYSTERIOUS HAUNTS OF THE MOJAVE DESERT