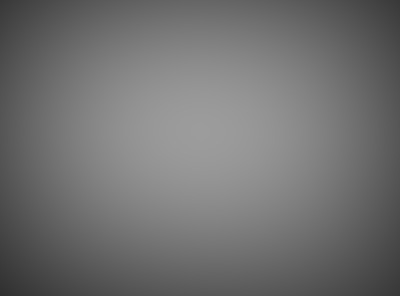 “Back when I was just beginning my research into esoteric matters, I was bombarded with Christian-oriented literature, much of which was pseudo-religious with a decidedly right-wing spin; some of it even peppered with Nazi and KKK propaganda. Little of it addressed concerns of UFOs or metaphysics. If anything, it usually slammed such matters, directly implicating Mr. Scratch (aka Satan) as being behind such phenomenon.

COSMIC WAR FOR THE PLANET EARTH

One newsletter did catch my attention, however. Showers of Blessing was edited by Rev. William L. Blessing, who was courageous enough to delve into the mysteries of the universe, tackling inner earth and UFO mysteries as hardly any other cleric would dare.

From time to time, Rev. Blessing would compile his various sermons into large philosophical discourses. One large size volume that was published around 1965 was a controversial tome that apparently was taken out of circulation. Inner Earth People / Outer Space Beings is a huge collection of Rev. Blessings teachings which were nearly lost to time, had I not come across this 320+ page massive undertaking in a rare book collection.

Because of the conflict in the world today and the increase in UFO sightings, I personally feel that this work should reach as wide an audience as possible.

The Bible teaches us that there are beings dwelling inside the earth. For want of a better term, I shall call them the Inner Earth People. I estimate the population of Inner Earth to be ten billion. There are 200,000,000 pilots in the flying saucer corps. They will quite soon invade the surface of the planet and, indeed, that invasion may have already begun by an advanced recon force that is flying out over the surface of earth, mapping land areas and strategic places where they will launch their primary strikes during the all-out invasion.

“And the four angels were loosed, which were prepared for an hour, and a day, and a month, and a year, to slay the third part of men. And the number of the army and horsemen were two hundred thousand thousand; and I heard the number of them.” (Rev. 9:15-16)

That is two hundred million aviators of flying saucers. They look exactly like surface dwelling humans and their flying saucers are made of a type of metal that is plated with gold. “The sound of their wings was as of the sound of chariots.” (Rev. 9:9)

“And the fifth angel sounded, and I saw a star fall from heaven unto the earth; and to him was given the key to the bottomless pit. And he opened the bottomless pit; and there arose a smoke out of the pit as the smoke of the great furnace; and the sun and the air were darkened by reason of the smoke of the pit. And there came out of the smoke locusts upon the earth; and unto them were given power as the scorpions of the earth have power.” (Rev. 9:1-3) 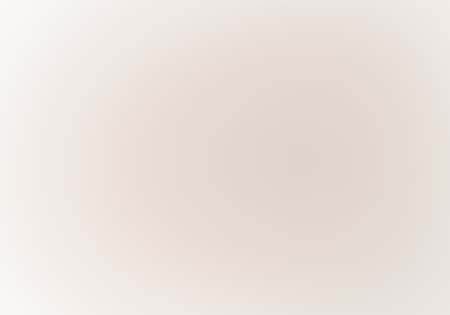 They are bringing a cloud of darkness, a mist, a smog, a cloud over the cities that they are mapping out, such as Los Angeles, London and elsewhere. But when the all-out invasion begins they will blanket the whole earth in darkness. “It shall be one day which shall be known to the Lord; neither night nor day.” (Zech. 14:7)

Their vehicles were well known to the ancient prophets and was best described by Ezekiel: “And I looked and behold, a whirlwind came out of the north, a great cloud, and a fire enfolding itself, and a brightness was about it, and out of the midst thereof as the color of amber, out of the midst of the fire. Also out of the midst thereof came the likeness of four living creatures. And this was their appearance: they had the likeness of a man. And every one had four faces, and every one had four wings. And their feet were straight feet, and the sole of their feet was like the sole of a calf’s foot; and they sparkled like the color of burnished brass. And they had the hands of man under their wings on their four sides; and they four had their faces and their wings. The wings were joined one to another; they turned not when they went; they went every one straight forward. As for the likeness of their faces, they four had the face of a man, and the face of a lion on the right side; and they four had the face of an ox on the left side; they four also had the face of an eagle. Thus were their faces; and their wings were stretched upward; two wings of every one were joined one to another; and two covered their bodies. And they went every one straight forward: whither the spirit was to go, they went; and they turned not when they went. As for the likeness of living creatures, their appearance was like burning coals of fire, and the appearance of lamps: it went up and down among the living creatures; and the fire was bright, and out of the fire went forth lightning. And the living creatures ran and returned as the appearance of a flash of lightning. (Ezek)

They will constantly beam messages to us. They will fly on magnetic lines, advancing from one point to another almost instantly, reversing their course or position more rapidly than the human eye can follow, using the power of levitation—reverse gravitation.

The inner earth people are of several different races and orders. Some originally lived on the surface, but some of them once lived above the earth in outer space. Long ago, they invaded the earth from space. The book of Genesis describes them as the “serpent” people.

“And it came to pass, when men began to multiply in the earth, and daughters were born to them, that the sons of God saw that the daughters of men that they were fair; and they took them wives of all which they chose. And the Lord said, My spirit shall not always strive with man, for that he also is flesh: yet his days shall be a hundred and twenty years. There were giants in the earth in those days; and also after that when the sons of God came in unto the daughters of men, and they bare children to them, the same became mighty men which were of old, men of renown. The earth also was corrupted before God; and the earth was filled with violence. And God looked upon the earth, and, behold, it was corrupt for all flesh had corrupted His way upon the earth.” (Gen. 6:4; 11-12)

The invaders from space came originally from twenty-two different dwelling places in outer space and the names of the leaders of each of the outer space places that led a host of their people to the earth are as follows:

Just exactly how many followers each leader brought with him to earth is not known but, at any rate, they materialized their bodies just like earth people and remained in the flesh and married women of earth. The children of these invaders were called “giants,” many of them malformed, having six fingers and six toes. (1 Chron. 20:6) We do not say that all the offspring were malformed but many of them were. There was undoubtedly a race of giants ten to twelve feet tall and also a race of pygmies produced by the crossing of these outer space people with the women on the earth. The first generation of these people were not sterile, but there is evidence that the second generation were sterile hybrids who could not reproduce.

This crossing over and mixing of the outer space invaders with the women on the earth continued for 1,656 years; that is, from the time that Adam left the garden of Eden until the final days of Noah. (Gen. 5:1-32) All the inhabitants of the earth had become sterile one hundred years before the flood. The last children born on earth before the flood were the triplet sons of Noah: Shem, Ham and Japheth. They were born on Noah’s 500th birthday. (Gen. 5:32) From that time until the flood, no children were born on earth. Consequently, no person on earth was drowned in the flood until one hundred years of age, for no children had been born for one hundred years.

Incidentally, in passing, it must be stated that the degeneracy of the earth before the flood was indescribable. Not only had the outer space people crossed with women, but men had corrupted themselves with animals as well, “for all flesh had corrupted his way upon the earth.” (Gen. 6:12) Many of the animals we are forbidden to eat are part human. I could go into detail about this, describing the human marks in the bodies of each of the unclean animals, but suffice it to say that the serpent has a pelvic bone, as well as the remnants of arms and legs and gives birth to its young. It is too long a story to point out the human marks in each of the unclean animals, but they all have them. The hog does not chew cud and has a stomach like a human.

The space people who invaded earth—fallen angels, if you wish to call them that—together with their hybrid offspring who were giants and pygmies, were all sent into the inner earth just before the flood. Later, and various intervals since the flood, some of the earth people have been banished to the inner earth. “And the earth opened her mouth, and swallowed them up, and their houses, and all the men that appertained to Korah, and all their goods. They, and all that appertained to them, went down alive into the pit and the earth closed upon them; and they perished from among the congregation.” (Num. 16: 32-33)

If you want more information or to purchase the book through Amazon.Com simply click on the book’s title: Innner Earth People And Outer Space People