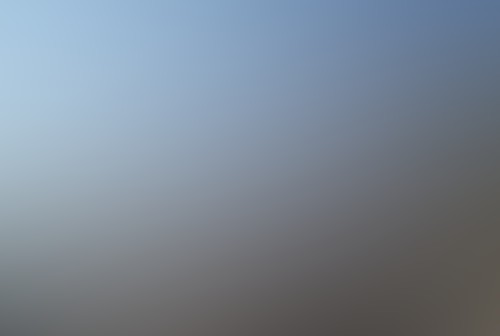 If you missed Part I of this article click here:  https://www.ufodigest.com/article/close-encounter-1004

HICKSON: Maybe a very few people…but I’ve never met anyone that has tried to criticize me or my family or anything like that, and that’s kind of hard to understand too, you know.

HAVE YOU MET MANY PEOPLE WHO’VE HAD SIMILAR EXPERIENCES WHO JUST HAVEN’T SAID ANYTHING ABOUT IT?
HICKSON: I have, yes I have.
MANY?
HICKSON: A good many, yeah. They’ll call me on the telephone or they’ll write me a letter with a dozen pages or more and send me pictures of things where spacecraft have landed. You’d be surprised at a lot of pictures I have, but they’re confidential, they’re from people that’ve put their trust in me. I’ve quite a collection of those things. But I’ve got letters by the thousands. Have them put away.
BUT YOU DON’T THINK YOU’LL EVER SHOW THOSE?
HICKSON: Maybe someday, when the time comes.
DO YOU RELATE YOUR CLOSE ENCOUNTER TO A RELIGIOUS EXPERIENCE AT ALL?
HICKSON: I can’t say that I directly relate it to a religious experience. I’m a Christian. I believe in God. I was reared as a Baptist. I don’t know whether I call myself a Baptist now or not, because a lot of the things the Baptists believe in, I don’t believe in now. But I think this experience here has caused me to be closer to God if that’s possible, and to have a better understanding of a supreme being, than I’ve had before.
DO YOU BELIEVE THERE’S ANY CONNECTION BETWEEN THESE BEINGS AND A HIGHER POWER? (HE UNDERSTANDS I MEAN IN THE RELIGIOUS SENSE.)
HICKSON: I don’t know. The only thing I can say, just as surely as God created life here on this earth, he created the life where this came from. So I can’t discuss that because I don’t know. But I fully believe in a supreme being which is God. Not only of this universe, but the other two universes that’s been discovered and the ones beyond that.
WHAT OTHER UNIVERSE IS THERE BESIDES THIS ONE?
HICKSON: There’s going to be another one discovered very soon.
CAN YOU ELABORATE?
HICKSON: No.
DID YOU SAY THIS UNIVERSE AND TWO OTHERS OR TWO IN ALL?
HICKSON: This universe and two more. There’s no end out there. There’s no end to time.
(I COMMENT THAT PERHAPS THE HUMAN MIND IS INCAPABLE OF COMPREHENDING THE BEGINNING OR END OF THE UNIVERSE.)
HICKSON: There’s no human mind, like you say, that can comprehend a beginning or an end. Only the supreme being that created that mind can do that, until that mind reaches the perfection. Now what the perfection is, I don’t know. You know, we only use about four or five percent of our mind. There’s a hundred percent, and someday in time–well, I might explain, too, I believe in reincarnation. I don’t want to get into that right now. But that soul and that mind will live forever. And same day in time that mind will reach that perfection which has to be a hundred percent. I don’t know what that perfection will be, but when it reaches that perfection, then we can understand the things that He intended for us to understand.
WILL IT BE IN A PHYSICAL BODY?
Part III of this article continues tomorrow Monday, October 6, 2014! https://www.ufodigest.com/article/close-encounter-1006
. . .
Visit Richard’s website:  http://www.richard-harkness.com/
If you would like more information or to purchase this book through AMAZON.COM, simply click on its title: UFO Contact at Pascagoula