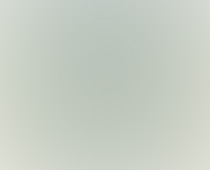 An Indiana witness reports a hovering light that eventually “streaked across the sky very fast and had a long tail behind it” before disappearing on June 4, 2012, according to testimony from the Mutual UFO Network (MUFON) witness reporting database.

And in what might be an unrelated situation, the same witness said that minutes later at his nearby farm house he observed his cows “going nuts, making noises and slamming into the gate.”

The witness was driving to his local gas station when the “unusually bright light” seemed to be hovering in the south sky. As he turned his vehicle, the light became obstructed by trees. But further down the road, he saw the light again.

“I saw what I’m assuming was the same light – color and size was the same,” the witness stated. “And it streaked across the sky very fast and had a really long tail behind it and then it vanished.”

The witness was standing on his driveway at the farm house and reports feeling “strange and shaky.”

“I live on a farm house and when I got out of my vehicle the cows were going nuts, making noises and slamming into the gate. I’ve lived here for several years and never one time have I seen the cows do that in the day time let alone 11:45 at night.”

The witness reports one additional unusual event for the evening.

“I don’t know that it was related, but not even three minutes after I saw it streak through the sky, I heard sirens and saw several emergency response vehicles headed in the direction that the ‘UFO’ was traveling.”

No images or videos were included with the MUFON report, which was filed on June 5, 2012. No town name was mentioned in the public portion of the file. The above quotes were edited for clarity.