UFODigest.com » Aliens and UFOs » DATE WITH AN ALIEN GIRL 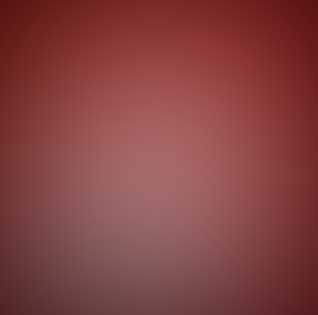 In 1992, while I was working for the government, I unknowingly dated an alien girl. It was on a Sunday evening and I was on my way home when I decided to drop by at my friend’s place for a little chat. This longer route would take me through the state university campus, but, being a holiday and as the darkness was approaching, traffic was light everywhere.

There are theories that aliens or extra-terrestrials have visited the Earth a long time ago. The truth is they still visit us, they mix with us, and they try to help us. When they mix with us, on the street, in parks, or any place where they need to get “first-hand” information, not just from their monitoring devices, they send someone who looks like us, who could easily blend in with the crowd. If they are interested in Croatia or in any of the break-away republics of the former USSR, the individual who gets send there would look like a Croat, a Belarussian or an Ukrainian. The least they want is to attract attention: they would not send to Russia a ten-foot tall alien or even somebody who looks like a Mexican. By being inconspicuous, the aliens would be ignored by the locals, who would then keep acting naturally.

I had just crossed Manila’s major thoroughfare Epifanio delos Santos Avenue (EDSA) and was continuing along Quezon Avenue when I saw a girl in front, who was standing on the curb, start waving frantically. As I was driving on the middle lane, a bit distant from where she was, I tried to ignore her, but she waved so hard and high, I slowed down, and stopped near where she was.

I rolled down the front passenger window and she peeped inside. She was about 5’3” tall, around 18-19 years old, fair-skinned, maybe with some Filipino-American or -European lineage, with soft, shoulder length-hair. She was very, very beautiful.

We chatted a bit and then I unlock the door, and gave it a slight push. She opened it but before she fully got inside the car, she handed something to her friend who suddenly appeared from the dark shadows. I saw behind him or her another figure standing farther away where no glimmer of light fell, watching us.

After she was comfortably seated, I drove toward the Quezon Memorial to make a U-turn in an open slot and head back to EDSA. I asked, “What’s your name?” ( Ano ang pangalan mo?) ( I will try to make the English translation as close as possible to the Tagalog words that we used in our conversation, which is a highly accurate rendition of what actually went on).

I thought she was trying to ignore me or she did not hear me because it took her several moments to reply. She minced something I did not understand, the closest that I could come up with was a Margaux or Mariel, giving me the impression that she was disguising her name to sound exotic and foreign, which was not unusual in this case.

She named a place. I was thinking of going somewhere more ritzy but the place she mentioned was not bad either. After making the U-turn, I said, “I know that. That’s in South Avenue”. (Alam ko yan. Nasa Timog yan.)

As we approached the traffic light in EDSA, she had not uttered another word voluntarily, I wondered if she was hungry. “Would you like to have a bite?” (Gusto mo kumain?)

I looked at her dainty fingers and then at her face. She looked relaxed and comfortable, very different from the girl who almost jumped in front of the car to stop it.

I took a short-cut at Tomas Morato Avenue and in a very short time we were at the place. The two-storey wood and concrete building was on the opposite side of the road, and I made a left turn toward the entrance leading to the parking lot behind. A clerk met us as we got out of the car, then up to the second floor we went.

Inside the small reception area, there were two Middle Eastern looking gentlemen, in their mid- to late- 20s, chatting on the sofa. They did not seem to be in a hurry, probably waiting for someone, maybe for their dates. I approached the clerk on the front desk and I noticed that the girl was not on my side. After paying about 250 pesos for a room, the clerk handed me the key.

As I turned away from the counter, the girl appeared on my side and again started walking with me. She said, “Maybe, many envy you.” (Siguro, marami naiingit sa iyo.)

Here is a girl with an ego bigger than she is, I thought, but she is not lying because she is really very beautiful. I just laughed.

“Here we are,” (Dito na tayo) I said as I reached for the doorknob. “It’s quite big,” (Ang laki naman nito) I said, as we entered the room. I was expecting a smaller, cozy room, but this one was big, more like a presidential suite, complete with a receiving section. But the furnishings were simple, with a large bed in the middle, shoved against the back wall.

When she was on the bed, I kissed her lips, her cheeks, and then, down her neck, expecting to smell a whiff of perfume or cologne spray. There was none. I then kissed her on the nape of her neck, and buried my nose under her hair, smelling it. Filipino girls, and those of the fair sex from many other countries, as well, like to pride themselves on the smell of the shampoo they use on their hair, but in this case, if you took a piece of stainless metal sheet, or a clean and dry drinking glass, and smelled them, that’s how she smelled. Nothing! I was not nursing a cold at that time, nor did I have a runny nose, but she smelled of nothing – not a whiff of perfume, a trace of shampoo, a trifle of soap residue, or even of sweat. No lipstick aftertaste. I was wondering how she could keep herself so clean and not smell of anything.

Back in the car, after following the same route we had taken earlier, I asked, “Where shall I drop you off?” (Saan kita ibaba?)

I stopped at the same place where she got in earlier. I tried looking for her two friends who where probably lurking in the shadows but it was too dark to see anybody.

“Thank you,” she said as she opened the door to get down from the car.

Epilogue: This would have been the end of the story, until I met her again in unusual circumstances many years after. This was after I closed down my PC rental shop in 2007 about fifteen years after I had first met her, and she seemed to have aged only a year or two! It was one morning after coming from a grocery in Dona Soledad St, in Bicutan, Paranaque, that I was walking toward a popular mall, with plenty of time before its opening hours, when I saw her again. The sun was on my side of the street, and as I turned a curve, I crossed over to the cooler side. There was a girl sitting on her heels on the parking lot in front of some shuttered shops.

As I came nearer, she smiled and motioned me to get closer. She was wearing a bright shirt, a short blue denim skirt, and had new red flip-flops with a small red plastic flower perched on each Y-strap. When I looked at her face, I realized that she was very pretty and, in the back of my mind, I had a feeling that I had seen her before.

She did not look at me directly and I could see that she was trying very hard not to laugh. Her lips were drawn into a tight smile and there were crevices forming on her forehead, her eyebrows were scrunched together from her effort not to break into a laugh. As I came nearer, I saw that she was holding a picture of the night sky, which I ignored, turning away. I thought she needed to go home instead because she look pitiful, siting by the side of the road so early in the day. I gave her a few pesos for her transportation fare, which was all I could afford, being jobless and down to my last money. Then I walked away.

A long time had passed before I was able to connect the dots. At first, I thought that she had run-away from home or came from an overnight party from a friend’s house, but she appeared fresh and very clean, not a wrinkle on her shirt and skirt, and not a speck of dirt on her feet or even a smattering of dust on the sides of her flip-flops. It was as if she was deposited there by a car, by design. Moreover, why did she have that expression on her face, wherein she was trying so hard not to laugh throughout our encounter? Surely, this girl must know me from somewhere, I said to myself, which was collaborated by the strong feeling that I had already seen her before.

Everything came back in a flash when I remembered her words and indeed, what a beautiful girl she was.

Copyright by the Author

All posts by Jose Antonio Cangco