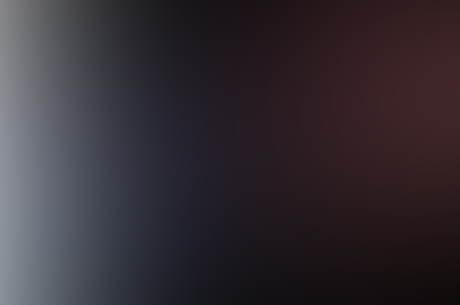 THROUGH THE WORMHOLE
(Are wormholes the gateway of aliens?)

In the vast space of the universe, many mysteries can happen. There are black holes, dark matter, and theories such as Big Bang, Big Crunch, etc. In 1935, the theory of general relativity proposed a bridge through space-time known as wormholes.

In layman’s terms, wormholes are theorized that if we enter one end of the hole or tunnel in our part of the world, we could exit in another time or dimension. In other words, it is a shortcut, faster than taking the latest rocket available now.

Here’s a wormhole defined in Wikipedia: “A wormhole, also known as an Einstein–Rosenbridge, is a hypothetical topological feature of space-time that would be fundamentally a ‘shortcut’ through space-time. A wormhole is much like a tunnel with two ends each in separate points in space-time.”

In this article, more information will be given about wormholes, what they look like when one enters them, what’s inside, how the person entering them would feel, and how creatures or ”people” residing at the opposite end would experience these unexpected arrivals.

First, a brief background. We are creatures living in a three-dimensional world, where we we can move sideways, backward or forward, and up or down. Time is another element, and when it is included in the definition it completes the fourth dimension. We are not creatures of the fourth dimension, because if we were, then we should also be able to go around in time, forward and backward. The earth and the whole known universe is likewise in the third dimension.

According to ancient knowledge, besides there being a third and a fourth, fifth, sixth dimension, etc. (recall John 14:2 :”In my Father’s house are many mansion”), there are also what ancient wise men call “opposite worlds”. Another term for these are “twin worlds” or “world of anti-matter” or “opposite universe’. Opposite does not mean that if our world is civilized and occupied by decent people, that those opposite worlds would be uncivilized and occupied by savages. It simply means that their vibration is opposite from ours.

We should not confuse the opposite or twin world as the fourth or fifth dimension. If we assume that our dimension is like a staircase with one, two, three, four steps, etc. going up, our twin world could be seen as another staircase, parallel with ours. Before we get confused with all these ideas, let us limit our discussions to own world. According to this theory, the earth therefore would have its own twin, though not necessarily with the same exact topography and landmarks. There would also be inhabitants in that world, people, animals, and plants which are different from us. The more familiar term for the opposite world is “parallel universe”. (Logically, the parallel universe has its own first, second, third, fourth dimension, etc.)

The earth is “floating” in space, our twin, which we shall call TWE (short for twin earth) would also be floating in its own area or space. Both worlds are invisible to each other and they may even overlap. There are points where the earth and TWE meet, which we call “wormholes”.

What happens is somewhat similar if you imagine two balloons attracted to each other, say Balloon X and Balloon Y floating together in space. If Balloon X bumps into Balloon Y, at the “point of contact”, say Wormhole XWH, that part of Balloon X would go right through Balloon Y. Likewise, for creatures and people living in Balloon Y, they would experience this point of contact as Wormhole YWH.

The most well-known point of contact which can be found on earth is in the Bermuda Triangle. Other areas where the earth and its opposite “bump” into each other are at the Devil’s Sea in the Pacific Ocean off the coast of Japan, in Hamakulia, Hawaii, etc. Ivan Sanderson, a professional biologist, mapped ten vile vortices around the world, which strangely form a belt pattern across the globe.

A vortex can be seen as flowing energy in a spiral motion limited to a certain area. This definition is too general because the magnetic energy of the earth which can form into vortices is not necessarily a wormhole or tunnel leading to the opposite earth.

Documented stories of missing ships and planes in the Bermuda Triangle abound. There were even communications between the aircrafts and their base before they disappeared. From the numerous disappearances we take only a few examples where there were descriptions from the stricken crew of what was happening to them.

In December 1945, the flight leader of five U.S. Navy TBM Avenger torpedo bombers was able to radio their base in Fort Lauderdale, Florida before they became missing. He said, “Cannot see land. We seem to be off course”.

After several minutes, he radioed “We can’t find west. Everything is wrong…Everything looks strange, even the ocean.” His last message was, “It looks like we are entering white water…We’re complete lost”.

A Mariner flying boat was immediately dispatched to search for the five missing planes, but, this too went missing. Navy ships, aircraft, and the Coast Guard were alerted and joined the search for the missing bombers and the Mariner but nothing was found. And, all of this happened on a sunny day.

Another story is that of David Lang, a farmer in Tennessee, who disappeared in thin air while walking in a field near his home. Witnesses who saw him vanish included his wife, children, and two men. They and the neighbors searched for him but he could not be found.

There are a lot of other reports of mysterious disappearances on land, sea and air. Witnesses and others who escaped being “sucked” into the maelstrom report that there is at first a heavy and big cloud, which when approached, makes instruments go haywire and then turns into a vortex or tunnel. At this point, if a person is near the opening of the tunnel, spatial recognition is lost and he becomes disoriented and confused. If he enters it, he is certain to vanish from our earth and physical world.

What happens to these people who were unfortunate enough to get lost in wormholes? What do the inhabitants or members of the population living in the opposite world see? How are they affected?

When these earth men get lost or sucked into a wormhole, everything becomes different. The sky may be located below, the sea appears to come up to their side, and the colors around them are all different. They can’t see very well and make out heads or tails, worse, they start to go in shock. If they put their hand in front of them they would see it only fleetingly and then as a shadow or in a different color. If they move their hand to their mouth, they might feel a different sensation like the hand is cold, or they might even feel that it is going right through them. When they speak, they hear their own voices fading away, and might even see the sound waves vibrating. They know they are standing (if they were in this position when they entered the wormhole) or sitting inside the cockpit of an airplane, yet they cannot see their feet or lap. They may feel something solid beneath their feet but not for long.

The person feels uncomfortable, with alternating cold and hot body flushes in different parts of his torso. What is weird though is that the body part he thinks about is what feels wrong, and he can’t stop thinking of his appendages and torso, etc, because they don’t appear solid and be physically felt as they do on earth. Despite all these experiences, he does not feel any physical pain. Being sucked into a wormhole is one eerie experience for the victim.

What do the residents of TWE experience? For earth person who had vanished here and appeared on TWE, he won’t be able to clearly identify the TWE residents around him, but he will appear solid to them. They will see him as deathly pale (from fright and confusion), incoherent, and, in some ways, like an amenable zombie. He can easily be made to sit down or stand up or led around and walk if he is supported. If the earth person “landed” in an inhabited area of TWE where the residents are kind and compassionate, they may even take care of him, thinking that he is one of them. He would be taken- cared of as somebody who has experienced shell-shocked or something else, but, of course, there is no way that the earth man can tell them what happened or where he came from. If he tries to speak, what the TWE residents would hear is a faint gurgling sound or even a long drawn out silent scream.

Let us take this scenario where the TWE residents decide to take care of him. They give him a TWE apple. The earth man would not be able to focus or see very well what it is. So the residents take his hand and hand him the fruit. The earth man feels that there is something on his hand but doesn’t know what it is. After seeing his inability to eat unaided, the TWE persons peel the fruit and place a slice in his mouth. Again the earth man would feel something on his lips but would not eat it because it tastes strange. No matter how well-intentioned the TWE people are, the earth man cannot understand because everything is strange and shocking to him. Eventually, he will die due to suffocation because the atmosphere is different from ours, or he may die of shock, heart failure etc.

Another kind of experience that may befall on the TWE residents is that if the earth man was inside a plane or a ship, it could explode like a big and violent fireball. This could happen after it had completely entered TWE’s atmosphere. Such explosion would be a puzzle and a mystery to them like some unexplained explosions that had occurred on earth are to us.

Even aliens who have extremely advanced knowledge and technology cannot send and successfully retrieve any scientific and research equipment they send through these wormholes. Why? Because the composition of matter there is different. We of this universe cannot build a machine that would be sustainable in that universe of anti-matter. Advanced alien technology can harness the power of anti-matter for many wonderful things such as propelling UFOs and lifting heavy objects, but building a machine or equipment that is 100 percent compatible with anti-matter and our universe cannot just be done.

Wormholes are therefore not gateways which aliens use to come to earth.

All posts by Jose Antonio Cangco