UFODigest.com » Aliens and UFOs » DISCOVERING THE TRUE NATURE OF UFOS AND THE JINN 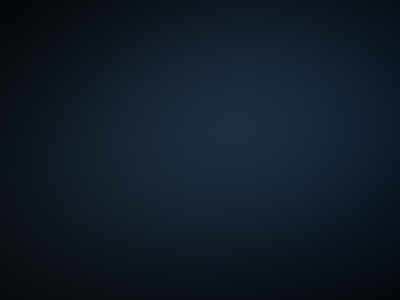 UFO researchers are just beginning to understand what independent movie makers in several countries have recently capitalized on – that there exists a mostly invisible race of beings who live beside us undetected that are said to be nefarious for their trickster-like pranks, who can create mental and physical havoc in our lives and can shape-shift to take on many disguises and forms.

These beings have been said to have been created out of fireless smoke at the same time mankind was made out of clay (the Earth) and angels were produced from light (energy). They are most widely known in the Islamic culture, but their calculating and often wickedly abusive behavior is felt throughout the world, even if we are not familiar with them.

Some say they could even be flying the unknown objects we commonly believe to be UFOs or extraterrestrial vehicles.

THEY ARE BEST KNOWN AS THE JINN (or DJINN) and we should be mighty leery – perhaps even afraid – of them!

Those in the UFO field who have begun to treat these “creatures of the night” seriously include the “First Lady of UFOlogy” Ann Druffel and the “Queen of the Paranormal,” Rosemary Ellen Guiley. John – “Mothman Prophecies” – Keel also spoke about them but referred to them as beguiling “demons,” while New England-based science teacher Philip Imbrogno lost a certain degree of academic credibility due, at least partially, to his investigation into these denizens of darkness.

In my book, ROUND TRIP TO HELL IN A FLYING SAUCER – UFO PARASITES, ALIEN “SOUL SUCKERS,” INVADERS FROM DEMONIC REALMS, I rightfully credited Briton Gordon Creighton, a past editor of the legendary “Flying Saucer Review,” as having drawn the conclusion – now gaining  popularity among rank-and-file UFO folks – that these pesky, shadowy figures of the Islamic faith could be behind some of the close encounters reportedly made with humanoid creatures and may even be the key to the UFO abduction phenomenon.

In a 1990 edition of the “Flying Saucer Review,” Creighton pulled out all the stops when the magazine published what was certainly a very controversial article for that era.

The piece was called “The True Nature of the UFO Entities.”

CHIEF CHARACTERISTICS OF THE JINN 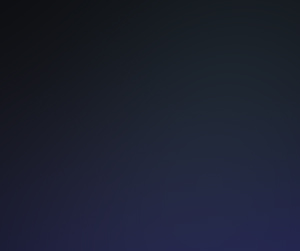 Said to be an authentic photo of a Genie (Jinn) in the process of materializing.

As one would expect, Creighton begins by giving some background information on the Jinn that might not be familiar to those who have not studied the Koran or are familiar with Islamic religious tradition. In Christian terms, we might think of Jinn as demons or goblins, but deeper study shows that these elementals are a bit more complex.

The chief characteristics of the Jinn are:

1. In the normal state, they are not visible to ordinary human sight.

2. They are, however, capable of materializing and appearing in the physical world. And they can alternately make themselves visible or invisible at will.

3. They can change shape and appear in any sort of guise, large or small.

4. They are also able to appear in the guise of animals.

5. They are inveterate liars and deceivers and delight in bamboozling and misleading mankind with all manner of nonsense. (See the average Spiritualist séance for examples of their activities, and also the usual “communications” from UFO entities in close encounter cases.).

6. They are addicted to the abduction or kidnapping of humans. (The Scotsman Robert Kirk, who wrote “The Secret Commonwealth” in 1691, evidently “knew more than was good for his health,” and was killed by them.)

7. They delight in tempting humans into sexual intercourse and liaisons with them, and Arabic literature abounds with accounts of this kind of contact by mankind with both the “goodies” and the “baddies” among the Jinn. There are even a considerable number of accounts of encounters between the “goodies” and famous Muslim saints.

8. The Jinn are wont to snatch up humans and teleport or transport them, setting them down again – if indeed they ever do set them down again – miles away from where they were picked up, and all this is the “twinkling of an eye.” (See my first article on Teleportations, about the Spanish soldier who, on October 25, 1593, was suddenly taken from Manila in the Philippine Islands across the Pacific to Mexico City. In FSR Vol. 11, No. 2, 1965).

9. The Arabian tradition asserts that, throughout all known history, there have been a few particular human beings who, through some strange favor, have “been in league with the Jinn” or “had a compact with the Jinn” – to such a degree that the Jinn have endowed them with what we regard as “preternatural powers” – i.e., psychic powers. These humans have consequently become known as wonder-workers, soothsayers, and magicians . . . Either “white magicians” or “black magicians,” depending of course upon what sort of Jinn they were in league with.

10. Along with all these displays of prowess by the Jinn there goes, finally, a tremendous telepathic power and the ability (to use an age-old term) to cast a glamour over their human victims. Our UFO records are already full of evidence of this.

THE TRUE NATURE OF THE UFO ENTITIES

The very credible and astute “Flying Saucer Review” editor, now deceased, states his opinion that, “One of the more curious features of the followers of the various religions is that, being so dogmatically certain that in their own particular little faith they already possess the whole truth about all things in Heaven and Earth, it almost never occurs to any of them to look elsewhere and find out what the followers of other religions may know or may have discovered. This is certainly a pity, for study of all the great world religions – and notably Islam, one of the world’s great religions – yields valuable clues as to the true nature of the “UFO Phenomenon.” Islam knows, in fact, of the existence of three entirely separate and distinct species of intelligent beings in the Universe, and indeed can furnish surprisingly precise details regarding their natures and roles and activities. Angels, Men, and Jinn.”

Creighton says he cannot say for certain where the Jinn might be hiding, but in his opinion it might not be too far away. “The source of the Jinn is not very distant from us, yet at the same time somehow very far from us. In other words, on some other dimension, or in some other Space/Time framework, ‘right here,’ some other Universe that is here, behind Alice’s mirror: ‘a mirror-universe on the other side of the Space-Time Continuum,’ as it has been neatly put by some investigators.”

This entire matter can be seen as pretty much a head-scratcher, admits the editorial director of the famed UK pub. “Although the Koran is not clear on this, it looks as though some of the Jinn could be fully physical and what we call extraterrestrials, while other species of them are of an altogether finer sort of matter, corresponding to what various UFO investigators have tried to indicate by such terms as ‘ultra-terrestrial’ or ‘meta-terrestrial.’ In thinking about these ideas, we might bear in mind the theory of the Russian philosopher P. D. Ouspensky regarding the possible existence of other, more subtle, levels of matter on which the elements of the Periodic Table of our own chemical world are repeated – and, if I understand him aright, repeated more than once, on more than one level. The early writings of Dr. Meade Layne in the USA about the ‘Dense Etheric World,’ from which he maintained that the UFO entities and their craft originated, should also be borne in mind. His book, ‘The Coming of the Guardians,’ was published in 1958 and may prove to have been very important as certain of the benevolent Jinn may well be our ‘Guardians.’”

SUGGESTED READING ON THE DARK SIDE OF UFOS