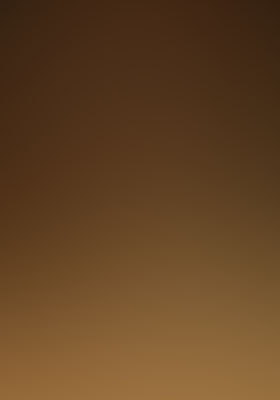 There has been an enormous leap in interest, in the minds of the American people, into the subject of the paranormal and ghosts in particular.  Television shows such as Ghost Hunters, Ghost Whisperer, and Medium are viewed by millions each week.  At the same time, network channels including Sci-Fi, Discovery and Travel have presented countless documentaries about haunted locations and other ghostly phenomena.

According to an Associated Press poll, roughly one-third of the people in the United States believe in ghosts.   A smaller but still substantial 23 percent say they have actually seen a ghost or believe they have been in the presence of a ghost.

Halloween inevitably sparks increased interest in ghosts and the paranormal.  Curiosity is further aroused when viewers find themselves watching shows about ghosts and wondering if what they are seeing is real.  What is the truth about all those things that go bump in the night?

Ghosts, angels, spirit guides and entities are around us all the time. As human beings we are taught to filter out their presence from our normal waking consciousness. We are told as children they do not exist. If we do come across one, and share our story with others, we are often told it is our imagination at work or we are looked at like we are crazy. The truth is; ghost, spirits and entities are real. Their impact on us and our lives is unmistakable.

Capturing a “ghost” on film, or with other ghost hunting devices, is rare. This is unfortunate. Many people are waiting for the smoking gun or some form of hard evidence before they will believe in the existence of these ethereal beings. And even if they had the perfect image of an apparition in hand or an EVP recording (electronic voice phenomena) of one of them saying, “I am the ghost of your Aunt Sally,” the skeptic will most likely try to debunk its authenticity.

Non-corporeal beings can be readily detected and observed on intuitive levels. For the beginner, trusting what one is seeing, feeling and hearing is often the biggest obstacle to fully believing in oneself. Trust in ourselves builds through time and experience. Trust forms when our experiences are validated by others. When what we are sensing is also detected by the people around us, such as a homeowner, then our impressions are being validated. Through this we learn to believe in what we are picking up. It transforms what we may at first think of as a bizarre coincidence into something real.

So let’s spend a few minutes talking about hauntings…

When a ghost has taken up residence in a location it is referred to as a haunting. All hauntings fall into two distinct categories; residual and active. Although they may seem similar to the untrained observer, they are very different in their nature and context.

Ghosts that traditionally make up a residual haunting are tied to a site, a room or even a piece of furniture. There aren’t any actual ghosts, spirits or entities involved in this type of haunting. What is being encountered in these situations is a recording of a past event as opposed to interacting with a being without a body.

A residual haunting is actually trapped energy that is anchored to a location. This can include the recording of moments of intense emotions, such as battles like the one in Gettysburg. It could document the energy of a murder or other violent or traumatic event. It could even be the imprint of pleasurable emotional energy, such a big fun filled party or intense sexual energy. Imprints can also be recorded when an activity is consistently repeated such as sitting in a specific “favorite” chair, walking up a flight of stairs or cooking in a kitchen.

Active hauntings, on the other hand, make up less than 20 percent of all ghostly encounters. Unlike a residual haunting where what is being seen, felt or even heard is a recording or imprint of energy on an item or the environment…an active haunting involves real spirits or entities. Any ghost detected, during a residual haunting, is always unaware of your presence. This is not the case during an active haunting. Here the ghosts are aware of you and are known to interact with the living. These entities are true ghosts!

Ghosts can and do interact with our physical world. Ghosts have been known to open doors, hide items (only to have them reappear later on), move furniture, and turn lights on and off. It is claimed by many that their voices can be heard on tape and their images caught on film. When utilizing traditional ghost hunting equipment, such as cameras and tape recorders, nothing is visually detected in the room. It is not until the pictures are looked at, or the recordings analyzed, that the presence of a ghost is revealed.

In my experience, whether it was in one of the haunted houses I lived in, or an investigation into the strange disturbances reported by a homeowner, I have yet to see a ghost in the way it is typically depicted on television or in the movies. Ghosts, like all entities, live in the world of subtle energy, which to the casual observer exists outside of our physical world and beyond the range of our five senses. When we see a ghost, we are not seeing them with our physical eyes. Instead we are using our alternative eyes – our clairvoyance – to view them.

I am often reminded of the x-ray vision glasses that were popular in the ‘60’s and 70’s when I think of seeing ghosts. When you put them on, it was claimed you could see through people’s clothes, your skin, just about anything. When we see a ghost clairvoyantly, it is like we have put our ghost glasses on, intentionally or accidentally and then view the world through the lenses of the glasses. Looking through them makes the invisible visible even if for only a brief moment.

So what do you do if you discover you have a ghost in your home?

Not everyone wants to get rid of the ghosts that may be inhabiting their homes. Some people actually believe having a ghost hanging around is fun. I have met many people who enjoy the company their ghosts provide. Instead of being scared of their otherworldly visitors they remember that all ghosts were alive and breathing at one time or another. They recognize that ghosts are people too. They just do not have a body. Each has his or her unique personality, traits, quirks and temperaments. Some are funny and some are tricksters. Others are looking for help, reassurance or guidance.

I know this is going to sound weird and probably very scary to many of you, but if you want to have a relationship with your ghost, communication with it is very important. Instead of running out of the room, talk to it. Say “Hey Boris, what are you up to today?” Try to make friends with it. You can talk to it, ask it for advice or have it watch over your home when you are not around. The more you interact with it the more it will return the favor.

You can also think of your resident ghost as one of the family. Individuals who are visited by ghost children, for example, often view it as another child in the household. But it is your home. You must be clear about what you want. Create rules, boundaries and limitations. If, for example, it hides your car keys, let it know you want your keys back right away. Ask it to put the keys back in a place where you can easily find them. Expect that your rules be followed. If not, let it know it will have to go.

Finding out more about your resident ghost can make you feel more comfortable with having it around. It helps to transform the unknown into the known and can greatly reduce the fear factor. It is like introducing yourself to a stranger who over time becomes a close friend. Do not be afraid. Ask your ghost some questions

In the same breath, knowing when enough is enough, particularly if you determine your ghost isn’t very friendly or if it is causing disturbances in your home. If you find yourself afraid of it, or if its behavior creates a threat to your safety or the safety of others, then it is time to help it move on. Working with someone experience in removing ghosts is always a good idea, especially if your ghost is mean, angry or stubborn.

As you begin to explore the world of ghosts and spirits, do not be afraid. Instead, open yourself up intuitively to their presence. Ask them questions. Feel into their emotional energy. Slip your “ghost glasses” on and take a quick peek. As you find out more about the beings you encounter you will discover that they typically are not at all bad or evil. In most cases they are scared and too frightened to take their next step. Find compassion for these lost souls. Your kindness and understanding may help to set them free.

SoulHealer, Dr. Rita Louise, Ph D is a Naturopathic Physician, the founder of the Institute Of Applied Energetics and the host of Just Energy Radio. Author of the books “Dark Angels”, “Avoiding the Cosmic 2×4” and “The Power Within”, Dr. Louise, grew up in a haunted house but that is not where her interactions with ghosts, spirits & attached entities ended.  Over the years, she has worked with countless clients who have been affected by attached entities, and has helped eliminate them from their lives.  Visit http://www.soulhealer.com or listen to Dr. Rita live online on www.JustEnergyRadio.com.

Dr. Rita Louise has also written Man-Made: The Chronicles Of Our Extraterrestrial Gods