UFODigest.com » Aliens and UFOs » Alien Encounters » Were The Nephilim The Offspring Of Sons Of God And The Daughters Of Man? 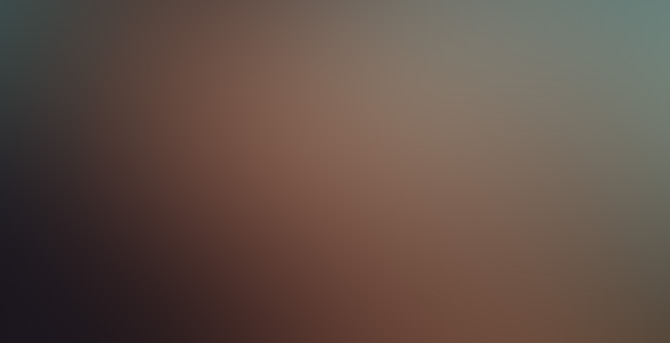 Long before the flood that devastated mankind, according to Biblical sources, a group of angels, the sons of God, came down to the earth.  These “fallen angels”, as they are often referred to, rebelled against God.  They taught mankind the secret arts, sharing with us knowledge that was reserved for the Gods.  They had intercourse with the women on our planet, fathering semi-divine offspring.  The acts of these “fallen angels” caused the earth and its inhabitants to become defiled and impure.  Our corruption and wickedness was so great in God’s eyes the he decided to destroy all of the inhabitants of earth with a flood.  Over the years an ongoing debate has emerged surrounding the byproduct of the untoward union between the sons of God and the daughters of men.  In many circles it is believed that their ill begotten children were a group of giants, the nephilim, but as you will discover, this belief might not be a justified.

Who were the nephilim?  The word nephilim appears twice in the Old Testament of the Bible.  They are first mentioned in chapter 6 of the book of Genesis and then again in Numbers 13:33.  But their brief citatation in the Bible has caused biblical scholars to argue over exactly who the nephilim were.  Much of this dispute stems from a short passage in the Bible that states:

Now it came about that when men started to grow in numbers on the surface of the ground and daughters were born to them, then the sons of the [true] God began to notice the daughters of men, that they were good-looking; and they went taking wives for themselves, namely, all whom they chose.  After that Jehovah said: “My spirit shall not act toward man indefinitely in that he is also flesh.  Accordingly his days shall amount to a hundred and twenty years.”

The Nephilim proved to be in the earth in those days, and also after that, when the sons of the [true] God continued to have relations with the daughters of men and they bore sons to them, they were the mighty ones who were of old, the men of fame. – Genisis 6: 1-4

The traditional definition of the word Nephilim is “giant”.  Some dictionaries describe the nephilim as being giants who also posses super human strength.  The Greek Septuagint, an ancient translation of the Hebrew Bible, translates the work nephilim as gigantes, which actually means “earth -born”, a concept we will be coming back to as we continue.  While it is uncertain where the word nephilim comes from, it is alleged to have been derived from the root word “Naphal” which means “to fall”.  In biblical circles this definition has quickly put the Nephilim into the role of the children of the sons of God, the fallen angels.  The word Naphal, however, is never directly associated with the concept angelic hosts.  Its meaning, in context, is more closely allied with the idea of lying prostrate or of prostrating oneself.  There are also ties in this word to the concept of failure, falling short or being cast down.

The connection between the biblical text and the claim that the nephilim were the offspring of the sons of God and the daughters of man, although commonly pointed to, is unfounded.  The document in which we find statements directly supporting this claim actually comes from the apocryphal Book of Jubiliees.

And it came to pass when the children of men began to multiply on the face of the earth and daughters were born unto them, that the angels of God saw them on a certain year of this jubilee, that they were beautiful to look upon; and they took themselves wives of all whom they chose, and they bare unto them sons and they were giants.  The Book of Jubilees – Chapter V: 1

Are the claims made by many writers within the Judeo-Christian tradition true?  Were the nephilim giants?  Where these giants the byproduct of the relations between sons of God and the daughters of men? If we look to mythology perhaps we can find an answer.

The notion of giants wandering the earth in ancient time is found globally.  Stories of their existence come from North America, South America, Asia, Africa and Europe.  Greek mythology tells of the origin of the giants.  Long before man was created, the Titan God Cronos, in order to gain control of the Greek pantheon, conspired with his brothers, the other Titans, and rebelled against their father Uranus.  The uprising concluded when Cronos castrated his father Uranus with a sickle and took dominion over the land.  The story goes on to inform us that the giants were formed when the blood of the castrated Uranus fell upon the earth.  These creatures were known as the “earth-born”.  The earth-born were, when compared to us, giants.  The giants, under the rule of Cronos, lived during the “Golden Age”, in a time that was free from sorrow or care.  Everyone in this period lived happy and joyous lives.

Life on earth changed when Cronos’ son, Zeus, fought and won control of both the heavens and the earth.  Zeus in his new role as chief God, according to Greek myth, put the giants to work.  It was just a matter of time before the giants starting ignoring Zeus’ mandates.  They were no longer prostrating themselves to Zeus and the will of the other Gods.  Their lack of complete servitude and their failure to comply with the Gods demands incited the “children of God” into a full blown rebellion against their heavenly fathers.  Heavy losses were taken on both sides, but their revolution was finally suppressed by the Gods.  A truce was declared.  It was decided, as part of their reparations to the giants, to create a new race of beings to handle the burdens that had been forced upon the giants.  From this decision man in his current form was created.

Padraic Column in his book entitled Orpheus, Myths of the World, relates this tale about the creation of man.  Aztec legend recounts how the Earth-mother, Citlalicue, gave birth to a flint knife.  When the knife was flung down onto the Earth, it was transformed into sixteen hundred “Earth-Gods”.  (Is there connection between the flint knife, flung down by Citlalicue, and the sickle used by Cronus to castrate his father?)  These newly formed Earth-Gods lived as men and women and labored in search of food.  After some time, the Earth-Gods began to think that this work was below their station.  They were, after all, the children of the Sky-father and Earth-mother.  They asked their mother Citlalicue to make a race that would serve them and bear the burdens they faced.  With the help of Citlalicue, mankind was fashioned.

These mythological traditions make it evident that the giants, the nephilim, existed long before man first inhabited the earth.  Thus when reading the passage from the book of Genesis that states:  “The Nephilim were on the earth in those days – and also afterward” it seems clear, that the authors were not being vague.  Instead, they were making a statement of fact – the nephilim, the earth-born were on the earth at that time.  Period!

This brings us back to the question of the lineage of the sons of God and the daughters of man.  The Hebrew Bible refers to them as “gibborim”.  The implied meaning of the word gibborim is men of great stature, heroes, men who are valiant or brave.  The Greek Septuagint identifies them as the “renominati” or men of renown.  In Greek mythology the Gods have a long standing history of having relations with humans.  The names of some of these “demigods”, or semi-human individuals, who have withstood the test of time, were Hercules, Perseus and Achilles.  But demigods can be found in other cultures, as well.  In India, some of these semi-divine individuals were called Hanuman and Garuda, in Sumer Gilgamesh and Adapa and in Mesoamerica Hunahpú and Xbalanqué.

Interestingly, a parallel myth to the biblical narrative found in Genesis does exist.  It comes to us from the pages of the Hindu epic the Ramayana.  The Ramayana is the epic tale of Rama, the 7th avatar of the supreme God Vishnu.  Rama lived during the Treta Yuga.  It was an age where the world was filled with giants, monsters serpents and demons.  When Rama was born, the supreme God Vishnu requested that all of the other Gods descend to the earth and mate with the apes and the bears.  Vishnu, knowing what was in store for Rama, wanted to create an army to help Rama conquer and kill the giant demon king of Lanka, Ravana.

The offspring of the unions between the various Gods and the apes created a group of individuals who inherited a vast array of impressive skills.  The mighty Sugríva, for example, was the son of Surya, the chief solar deity.  Sugríva was destined to be the ruler of this new race of ape-men, the “vanara”.  The demigod Hanúmán was the son of the wind God and is described being fleet of foot and as being able to travel as quick as the wind.  Vishwakarma, the God of architecture, fathered Nala and Neela.  It was through their divine knowledge that they, with the help of the rest of the vanara, built a bridge from mainland India to Lanka – a feet of engineering that many people believe still exists today.

In this narrative, it was not only a few children who were born through this union, but thousands, each with his or her own unique God-like skills and abilities.

These thousands did the Gods create
Endowed with might that none could mate,
In monkey forms that changed at will;
So strong their wish the fiend to kill.
-The Ramayana

Unlike the biblical interpretation that sites these Gods as being mischievous, thus fallen angels, it is the chief God telling the lesser Gods to do the dirty deed.  In this instance the steps taken by the Gods was not perceived as being a debasing act, but instead a holy one.

Returning to our original question, were the nephelim the offspring of the sons of God and the daughters of man?  Based upon the source information that we have just explored, the answer is a resounding – No.  It seems clear that the nephilim lived on the earth long before man was created.  If they existed prior to the Gods decent to earth it would be impossible for them to also be the offspring of this divine union.  Instead, the Gods, when they mated with the inhabitants of the earth, produced a group of individuals who had remarkable powers and abilities, skills that far exceeded their peers.  Their legacy and renown have survived the tests of time, in that we still remember and speak their names today.  And that is exactly what the Bible states.

And they bore sons to them, they were the mighty ones who were of old, the men of fame. – Genesis 6: 4

Bestselling author, Dr. Rita Louise, Ph D is the founder of the Institute Of Applied Energetics and the host of Just Energy Radio. She is the author of the books “Dark Angels”, “Avoiding the Cosmic 2×4”, “The Power Within” and her most recent title “Man-Made: The Chronicles Of Our Extraterrestrial Gods”.  She has appeared on radio and television and has spoken at conferences covering topics such as health and healing, ghosts, intuition, ancient mysteries and the paranormal.  Visit http://www.soulhealer.com or listen to Dr. Rita live online on http://www.JustEnergyRadio.com.

One thought on “Were The Nephilim The Offspring Of Sons Of God And The Daughters Of Man?”