UFODigest.com » Paranormal » Astral Plane » In The Footsteps Of The Ancient Gods 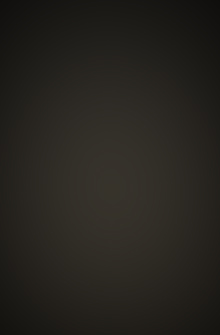 Some people come to Egypt to see elegant buildings, ornate columns and towering pyramids. Others come for a deeper purpose: to experiencetheir resonance.

You see, when the ancient temple-builders erected sacred monuments, they created much more than beautifully appointed stonework. The buildings are harmonic structures designed by master craftsmen to guide subtle forces into a defined space whose ultimate purpose is to induce a higherstate of consciousness in the pilgrim.

Temples, then, are far and beyond masonry and mortar: they are alive,they are living, breathing entities, living mirrors of the pure forces that bind nature. As the ancient architects stated on the walls, temples are, first and foremost, places for self-realization, where a person can be “transformed into a god, into a bright star.”

Which brings us to this tour.

To really understand why this land is so resplendent with extraordinary places of veneration you need to get inside the heads of the ancient gods who first put them there. Gods? Yes, builder gods, to be exact. In the Pyramid Texts of the temple of Edfu, it is stated that following a catastrophic global flood, groups of builder gods named Akhu Shemsu Hor (“Followers of Horus”) re-established primordial mounds along the Nile, whose function was to act as foundations for the sacred places we see today.

16-27 January 2013
Extension to Bahariyah Oasis & Alexandria, 27 Jan – 2 Feb
IN THE FOOTSTEPS OF THE ANCIENT GODS
Egypt with Freddy Silva

Egyptian temple tradition states that no site is truly sacred unless it is built on the foundation of a dozen earlier sites. The energy is reinforced over the course of time from the veneration of pilgrims leaving behind some of theirs. This constant use of a place imbues it with a permanent life force, and when it becomes your turn — and it could be this trip — it is that accumulated energy that you are imbibing.

In earlier times, the caretakers of the temples would walk each chamber at dawn addressing the site as an animate being who is awoken from sleep, demonstrating how these places were regarded as living entities rather than mere stones.

On this journey we shall be literally walking in the footsteps of these Followers of Horus, the precursors of later esoteric orders such as Essenes, Sabeans, Mandeans, Knights Templars and Freemasons (the honourable ones). From temple to temple I shall discuss how and why the temple-builders applied a spiritual science to create an insurance policy to serve people in times of change. We shall tap into the energy of place and get a sense of its potential. And as we walk through each site, some of their resonance will transfer to you.

Who knows, you may even return transformed into a god, into a brightstar. Find out more…http://www.greatmystery.org/cmd.php?af=1347667