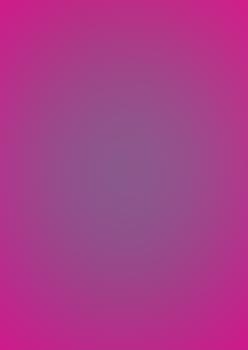 According to Gordon Duff, senior editor of Veterans Today, intelligence sources are revealing that hostile extraterrestrials are militarily engaging with world naval forces. In an article, provocatively titled, “UFO War: Chinese and US Navy off San Francisco,” Duff claims that the Chinese navy is lending assistance to the US in battling these hostile forces in what looks like a real life version of the recent movie Battleship. Duff claims that his intelligence sources are Asian, and that US naval forces are stretched thin in the Pacific due to a beefed up naval presence in the Persian Gulf. Duff admits that the story stretches credibility but that his source is usually reliable, thereby raising the possibility that either the story is largely accurate and/or officially sanctioned disinformation. Are we being prepared for an alien false flag invasion?

Duff is a former Marine and has been very outspoken in exposing the misuse of government power and authority. Veterans Today is a highly popular newsblog taking on many controversial topics not covered by the mainstream media. It includes former senior military officers on its international Board of Directors. So it was very surprising to see Veteran’s Today on Monday leading with Duff’s attention grabbing headline and article. Duff claims:

This last week, reports of Chinese naval vessels off the US coast, Northern Californian in particular, have been reported but denied. Now an Asian intelligence agency reports that a combined fleet operation between the US and China has been going on, a full combat operation against what we are told is a “highly unfriendly extra-terrestrial threat.” The verifications of the fleet operations have been many, there have been no confirmations from the US side though the ships have been seen by every vessel that makes it offshore. The true nature of both the threat and the extent of the multinational military force used is beyond any imaginable classification level.

The claim that a multinational military force is battling a UFO threat off the coast of San Francisco appears to be circumstantially supported by unusually high US naval activity in the region. Duff claims that no US military sources are confirming these events. He refers to a classified memo that apparently is being circulated to only a small group of need-to-know officials. Duff claims the memo mentions:

One thought on “Is There An Alien UFO False Flag Invasion Coming?”