UFODigest.com » Science » Space » NASA » NASA and SpaceX: Is it a good match? 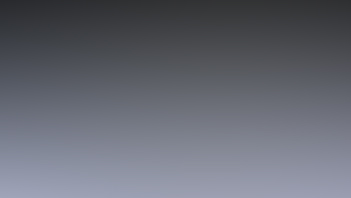 SpaceX docks with ISS: the dark side of corporations in space

Today (May 25, 2012)  the SpaceX Dragon craft caught up with and began docking with the International Space Station (ISS). After SpaceX’s successful launch on Tuesday morning, NASA’s administrator Charles Bolden said: “There were people who thought that [NASA] had gone away [with the retirement of the space shuttles]. But today says, No, we’re not gone away at all. We’ve got the SpaceX-NASA team, and they came through this morning with flying colors.” The SpaceX mission is part of a long term strategy of turning over supply and transport of the ISS to the private sector. The buzz word now is private sector cooperation with NASA in near Earth missions, while NASA concentrates on more expensive deep space missions to the Moon, Mars and beyond. Is private sector involvement in the space industry a good thing? According to the Obama administration, NASA and SpaceX CEO Edwin Musk, that’s a big affirmative. Yet, there is a historical dark side to private sector involvement in space missions.

In the movie Avatar, a private corporation is running a mining operation on the moon, Pandora, of a giant gaseous exoplanet in the Alpha Centauri star system. Driven by profit margins, the corporation displays few scruples in driving off the indigenous population from land where a precious metal, unobtanium, is found. The movie depicts a future where private sector involvement in space is dictated by greed, secrecy and unaccountable actions by corporate managers. The underlying premise is that such excesses would not have happened with a government run space mission such as NASA where public transparency and accountability is the norm. Could something similar happen in the future with SpaceX and other corporations destined to partner with NASA in space missions? More importantly, has the private sector already been deeply involved in space missions that have been conducted without public knowledge?

A glimpse into the hidden world of classified space missions is found in the memoirs of President Ronald Reagan. The entry for Tuesday, June 11, 1985 (page 334) reads:

Lunch with 5 top space scientist. It was fascinating. Space truly is the last frontier and some of the developments there in astronomy etc. are like science fiction, except they are real. I learned that our shuttle capacity is such that we could orbit 300 people.