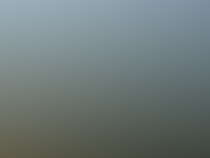 A New Mexico witness came forward June 5, 2012, with a report of a basketball-sized orb that followed his car near Carlsbad Caverns, according to testimony from the Mutual UFO Network (MUFON) witness reporting database.

The witness and his mother were the last car leaving a program at Carlsbad Caverns about 8:45 p.m. on June 21, 2009, and moved out onto Route 180. They first noticed the light about 9 p.m.

“I noticed a bright white/yellow orb about the size of a basketball (perhaps larger) approach the car from the behind (it followed the road, but approached rapidly),” the witness stated. “The light stopped very close to the bumper. There was maybe half a car length between us and the object.”

They assumed the light was from a motorcycle.

“The object followed the car at the same speed for a minute or so when I decided to roll down the window. There was no sound other than our own car (no loud motorcycle engine noise either).”

A second light appeared with the orb behind their vehicle when they turned on their high beams.

“At one point, my Mom turned on the brights of our car and a smaller light underneath the larger orb appeared as she did so (it was rectangular and yellow about the length of a pencil). A few moments later, a car approached in the other lane with its headlights on. My Mom turned off her brights and the smaller light under the object ‘turned off’ as well.”

They looked at the object as the light of the oncoming vehicle lit up the roadway behind them.

“I waited for the headlights of the approaching car to illuminate the road behind us so I could see if this was a motorcycle. Just as the other car’s headlights were about to light the road where the object was, the orb dimmed quickly and was gone. The lights of the approaching car clearly lit the road, but there was nothing behind us; no motorcycle, no car, nothing. There wasn’t anyone on the shoulder (which was actually lined by cones) and no one was in the other lane. It simply vanished and was not seen again.”

The witness described the light.

“The light appeared to reflect off the road and it was bright, but not blinding. I could not see it attached to any vehicle. It traveled smoothly and followed the road. It was only a few feet off the ground as it was clearly seen out the back window of our SUV. The time was now about 9:10 p.m. We both thought it was weird and neither of us could explain where the light went and what it was.”