UFODigest.com » Aliens and UFOs » Looked like “an alien field trip” 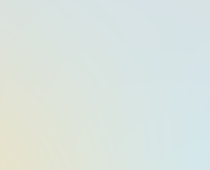 A series of lights were seen from Harsens Island, MI, on June 10, 2012.
Photo credit:  Wikipedia.

Two Michigan witnesses at Harsens Island report watching a series of star-like objects ascending into the western sky that they said looked like “an alien field trip,” according to June 14, 2012, testimony from the Mutual UFO Network (MUFON) witness reporting database.

The two had stopped to lock a gate when the objects first came into view.

“I looked up and saw numerous star-like objects traveling in no such order but keeping in a controlled area assending into the upper atmosphere at a modest speed,” the reporting witness stated. “They just kept coming from the east to the west until finally bringing up the end were two larger star-like objects side-by-side and then they were gone.”

The witnesses report no one else was on the road near them and they additionally questioned other people they encountered shortly after the event. They also called Selfridge Air Base and reported the encounter to 911 only to hear no one else filed a report.

I told my boyfriend that it looked like an alien field trip with the mentors bringing up the rear. Could they have been balloons like weather balloons? I think not. And could not be airplanes, too many too close to each other.”

No images or videos were included with the MUFON report, which was filed on June 14, 2012. The events occurred on June 10, 2012. Harsens Island is located at the mouth of the St. Clair River in St. Clair County, MI.