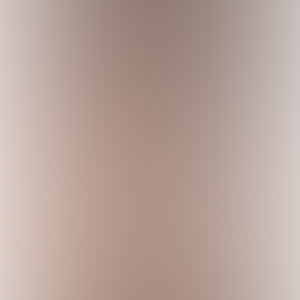 Mary, Jesus, and the Charismatic Priest, by Val Wineyard, is a book that fills in all the historical cracks left from the earthquake Dan Brown started with the DaVinci Code.  With grout loaded and filled with historical facts, supporting legends, and great globs of anecdotal references, taken from those closest to the scene, here is the material that builds the wall of detail on which the novel was based. Of course, Mr. Brown long ago as much as left town, so to speak, and was last seen at the station, carrying heavy bags laden with gold — or so the tale goes, anyway— while others of perhaps more historical conscience, like Val — and with certainly more historical accuracy — had to stay behind to patch and clean-up the scattered debris that was left behind after the novels unprecedented success.

The DaVinci Code’s plot and story line, rushing headfirst and fast-paced, carrying the reader, breathless but gasping to know more and more, page after page, and in its furry to finish with a bang, dropped, in the forests and countryside around both Roslyn Chapel and Rennes-le-Chateau, more little morsels of mystery than the witch ever did so many crumbs for Hansel and Gretel— mostly bits and pieces of unanswered questions and mysteries on top of mysteries which now litter almost every roadside between Rosslyn Chapel, just outside Edinburgh, all the wayto Rennes-le-Château in south-west France, both of which landscapes hold more than their share of mysteries and enigmas than the laws of curious intrigue rightly allow.

Reading this marvelous book, it soon becomes clear that no author could have possibly done a more thorough and engaging job of digging deeper than an archaeologist in the countryside around the ancient area of Languedoc in France, wherein Rennes-le-Chateau is located than Val Wineyard did in Mary, Jesus, and the Charismatic Priest, as well as addressing  some of our more tenacious questions and mysteries  concerning the continuing story and saga of what truly happened, not only to Jesus, but also to those closest to him, mainly Mary Magdalene after the Crucifixion.

It is an undeniable fact, which has become both problematic as well as an unfortunate and untimely occurence, given the Roman  churches other pressing priestly problems, that  the recent publication,  of some of Christianity’s earliest documents, the NagHammadi texts as they are collectively called, offer a startlingly different, contradictory rendering of some of the churches long held and loudly touted conclusions, particularly those concerning the identity of Jesus’ closest  “companion,”  May Magdalene. One of those controversial, ancient texts,  the ancient Gospel of Philip, clearly states on the subjecxt of this otherwise mysterious and maligned woman (maligned, curiously enough, only by the Church), Mary Magdalene:

“There were three who always walked with the Lord: Mary his mother and her sister and Magdalene, the one who was called his companion.”(The Gospel of Philip)

Un-tampered with and sequestered in an Egyptian cave for almost two millennia, as were these ancient scrolls, and finally discovered in 1945, near Nag-Hammadi, Egypt, this becomes hard evidence to refute, evidence  which has let all kinds of troublesome, worms wriggle out of the proverbial can, with each worming big holes in and through the Church’s official rendering, leaving a long, slick, and slimy path of unanswered questions, all of  which are of obvious and monumental historical  significance, not the least of which are,

“Did Jesus survive the crucifixion and then travel to the southern part of France?”

Or even more blasphemous still,

“Was the crucifixion itself a hoax?”

And last, but certainly not least “Was Mary Magdalene the consort of Jesus… his closest companion…even perhaps his wife?”

Or as some have even gone so far to suggest, based on local legends, along with railroad cars filled with anecdotal evidence,

Or more portentously even than that,

“Was she the real “Holy Grail, who carried the child of God Himself in her womb?”

I can almost hear the cries of, “Blasphemy! Blasphemy!” coming from the deep, somber and holy throat of the Vatican, clear across the Atlantic.

Val Wineyard goes far beyond the often repetitive tendency of so many authors who have written on the subject, and instead gives us a truly marvelous icon of holy possibilities and spectacular alternative scenarios in a Technicolor style of historical writing that Brown might do well to check his facts with on his next fictional escapade through this historical French countryside.

Her re-telling of many of the local legends, concerning this holy love affair, are so laced with romantic overtones, that, at least as far as the Catholic church might be concerned, would make Dan Brown a viable candidate for cardinal, at least when compared to some of Val’s more “alternative” possibilities for “what might have really happened” concerning Jesus and Mary, and their life together in that most romantic of all places, the south of France.
You know, there is something pleasing, suspenseful, even exhilarating about breaching the borders of academia’s stuffy didacticism, and thereby taking their castle by storm; throwing the pious  dotards from their guarded ivory towers into the gaping moats below, all with facts and postulants every bit as probable as their mainstream dribble, but a whole lot more astounding, earth-shattering, and fun. This is what Val does with panache!

Reading this incredible book, you feel as if you are somehow, in some way unknown except to mystics and those given to ecstatic visions, such as those you have just been reading about, teleported into the pages and into the strange and mysterious lives of these enigmatic people who lived so long ago, people who have been mystically re- vivified, resurrected like the Savior himself, and are as warm and tactile  as the blanket you pull snuggly around you while you go deeper into the vision this book brings you face to face with, in all its metaphysical splendor.

Truly, it is a shame that someone cannot do something about really great books ending all too soon, that laws cannot be passed; after all, they have laws for everything else under the sun, don’t they?  Coming to the end of a really good book is as much like the finality of death as anything else I know. Yes, call me an escapist, call me a romantic, or whatever else you might like, but when I find a magic carpet hidden between two soft back covers, like this book, with a power, spilled out on every page, that takes me to that world where I am consumed with its community, its landscape, its milieu, that is the evocative magic of just the right words, in just the right amount, with imagery so spraddled in your imagination that you feel not merely transported to that place about which it is written, but also it seems to light a small candle of memory, filling you with an unknown nostalgia, as if  in  another world, another place, perhaps even another time, you were, indeed, thereyourself, and a part of all this pageantry so unlike our common and dreary lives.

For more information or to purchase this book simply click on the book’s cover: Mary, Jesus and the Charismatic Priest: Faith Legend and Logic in Languedoc