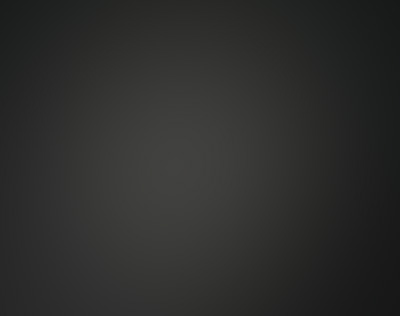 Witnesses in Missouri and California reporting separate events on February 11, 2014, both describe helicopters chasing UFOs, according to testimony today in cases 54029 and 54034 from the Mutual UFO Network (MUFON) witness reporting database.
A Missouri witness in Lone Jack was watching television at 6:01 p.m. Central Time, February 11, 2014, when the sound of a “loud helicopter thundering” overhead was heard. He immediately moved to a window facing south and looked outside.
“I saw a black military attack helicopter hauling ass just over my house at or below 300 feet from my roof top,” the witness stated.
But then the witness noticed a second object in the sky.
“It was going east to west and then immediately turned south towards a thin, dark gray, disk object that had a white light modulating from it. The disk appeared less than a mile away heading north when it was as if the helicopter spooked it and it simply made an abrupt left turn heading northwest at an amazing speed towards Kansas City, Missouri.”
The witness observed that the military helicopter was not able to catch up to the disc-shaped object.
“With the black military attack helicopter turning very hard ‘almost vertical’ around heading northwest in pursuit of it – whatever the object was – it definitely had the ability to out run the military helicopter and disappeared from sight.”
Then two hours and 24 minutes later – in Anaheim, California – a witness was inside at a computer at 6:25 p.m. Pacific Time on February 11, 2014, when the sound of a loud helicopter was heard. The witness ran outside to a backyard facing west.
“I saw that the ground in the backyard was lit up pretty good,” the witness stated. “I say ‘lit up’ because it was dark out and we have a patio cover so the sky is somewhat blocked.”
But the witness was surprised to see two objects moving overhead.
“As I went out the sliding back door to my right I immediately saw an orb-like, star-shining object that was being chased by a helicopter.”
The witness watched the scene.
“The helicopter did have its search light on so I’m guessing that’s what the light was. So when I looked up I didn’t even see the helicopter at first – all I saw was a bright white orb and then the helicopter. That’s how low the two were. I viewed the helicopter chasing the orb (orb made no noise) from the west going toward the east.”
The witness was fascinated with the objects.
“I was in awe on just how low these two were in the sky and on how the orb was just so bold and solid and brilliant. It was like a star passing by right in front of me. The helicopter had its blinking red and white lights on with the search light, but when the helicopter shined the light on the orb, it kept going out, or so it seemed.”
The witness watched both objects move off into the distance.
“I viewed these two flying toward the east, way off into the distance, and kept viewing for as long as I could when the orb suddenly disappeared for 2 to 4 seconds and then reappeared for another 20 seconds and then disappeared again.”
MUFON receives reports every year from around the country where a military jet or helicopter appears to be following or chasing a UFO.
“These types of incidents are certainly something we watch for,” said MUFON Executive Director Jan C. Harzan, reached today at his Newport Beach, CA, headquarters office. “Some of the more important historical UFO events include a military presence. And in a small number of cases nationally, we do have reports where a witness will encounter a UFO and then see what appears to be a military jet or helicopter coming into the same airspace. Witnesses in these cases typically report that the military vehicle appears to be chasing the UFO. It is definitely something we watch for because it supports the reality that we believe the U.S. government still investigates UFOs.”
Article continues: http://www.examiner.com/article/military-chasing-ufos-witnesses-two-states-file-reports