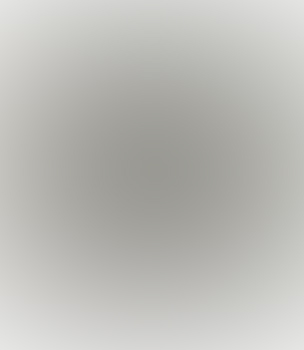 A Minneapolis, MN, witness reported watching a large black, triangle-shaped object hovering and moving slowly below a skyscraper that appeared to be about the size of a Volkswagen, according to testimony in Case 53028 closed March 25, 2014, as an Unknown Aerial Vehicle from the Mutual UFO Network (MUFON) witness reporting database.
The witness was working in a nearby building and had stepped outside for a cigarette when he first noticed the object about 4:30 p.m. on December 29, 2013. The case was reported to MUFON on the same day and investigated by Minnesota State Section Director William I. McNeff.
The witness stated that the object was first moving slowly, then hovered, and then moved slowly to the east about three blocks.
“It then accelerated and ascended at a 30-degree angle east/southeast towards Eagan, MN, twice as fast as any commercial aircraft I’ve seen. No lights and no sound. The object was there when I came out for a smoke. I saw it for five minutes, but hopefully someone else saw this too.”
Investigator McNeff interviewed the witness.
“The witness estimated size as a Volkswagen Beetle or between 11 and 30 feet. The shape was difficult to see against the sun. It seemed fuzzy and may have been triangular or more spherical. First seen to the southwest and was last seen to the southeast. The object was hovering at first, then moved slowly to the east three blocks, then accelerated and ascended at a 30-degree angle east/southeast. Estimated distance at closest point of between 501 feet to one mile. The lowest altitude was 500 feet. Estimated actual distance at closest point based on map as 3,500 feet. At that distance, a 30-foot-wide object would subtend an angle of approximately 0.5 degree, the size of the full moon, while an 11-foot-wide object would cover about 0.2 degree.”
The investigator asked the witness about the shape.
“The shape was difficult to see against the sun,” McNeff said. “It seemed fuzzy and may have been triangular or more spherical.”
McNeff did consider the possibility that the object was a drone.
“There is a small possibility that the object was a man-made drone,” McNeff stated. “A drone of the estimated size of the object over the city in the vicinity of tall buildings is very unlikely though.”
The weather information included: Temp. -2⁰F; Visibility: 10 miles.; Wind Speed: 7 mph, Direction: N ; Sky: Clear.
“The evidence is strictly verbal,” McNeff stated, “but indicates good memory of the event and the course over which the object flew. The witnesses’ described sight lines agree with the location of the witness and various city buildings.”
Article continues here: http://www.examiner.com/article/case-closed-minneapolis-witness-spots-triangle-ufo-near-skyscraper