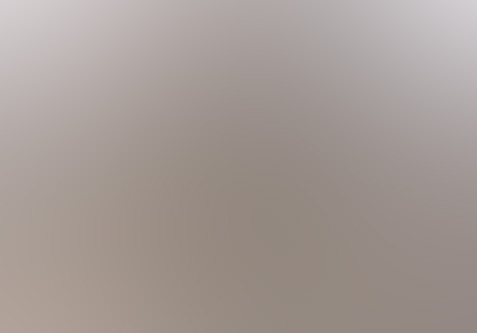 If you missied Part 1 you can read it here –  https://www.ufodigest.com/article/mothman-redux-part-1

As many readers of UFO/Paranormal literature know, the “right” questions have been asked (notably by John Keel, Jim Keith, Gray Barker—with qualification, due to Jim Moseley’s admission that he and Barker orchestrated some hoaxes—Timothy Green Beckley, and Loren Coleman) regarding the possible involvement of U.S. intelligence agencies in the Point Pleasant activities. I cannot help but illuminate several dark zones in their material.

Since I have nothing but the utmost respect for these tireless investigators, I must note that I think Gray Barker had a big hand in the Mothman weirdness. Moseley has publicly admitted his role in the so-called Straith letter to George Adamski (typed on State Department letterhead to give Adamski the idea that his experiences were being taken seriously), but has not acknowledged having any involvement in the Point Pleasant matters.

I don’t think he did. Keel has stated he collected many telephone records indicating Barker’s being responsible for a lot of electronic nonsense. That aside, questions remain.

Why, for instance, if black operations were present in the Point Pleasant/TNT Area, concerning radiation experiments, the design of the atomic bomb, biological testing, and the additional possibility of the vast landscape being employed for development and even test-flights of man-made UFOs, did the town not experience anomalous events until the 1960s?

1. If UFO-type craft were being designed in the TNT Area, perhaps, in the 1940s, they were too unstable to be flown over a populous region, and the project was relocated to the far more desolate deserts of Nevada and/or New Mexico. Another significant fact is that 3 air force bases—Wright Patterson, Lockbourne (since renamed Rickenbacker, complete with a restaurant), and the Oakdale base south of Pittsburgh, are located within 200 miles of Point Pleasant.

2. TNT Area was active from 1942-1945, and even if UFO-type craft (using Paper Clip scientists from Nazi Germany) were produced there, by the time they were ready the war effort was winding down. The Point Pleasant events occurred during the Cold War, when paranoia ran high that Russia or China might attack America with A-bombs.

At 54, I’m old enough to remember the “safety-drills” we underwent during my first 3 years in school. People were genuinely afraid. It’s a documented (unclassified) fact that our military forces feared UFOs were products of Russian and/or Chinese technology. Keep this in mind when considering what might have happened at Roswell.

It was conjectured that these countries would unleash upon the U.S. a staged UFO “invasion,” thus clogging all communication channels and leaving us vulnerable to conventional attack.

3. Contrasting these theories is another well-documented, if little-recognized, fact: some Roswell residents, after reading the famous newspaper account, did not believe the crash had anything to do with extraterrestrials. In somewhat chilling contrast, many people in the mid-1960s believed UFOs did not originate on Earth.

In fact, as early as 1952, a joint CIA/Battelle meeting suggested using the UFO phenomenon as “psychological warfare.” This information comes from the Pentacle Memorandum, unearthed by Jacques Vallee when he was going through J. Allen Hynek’s papers (Hynek had hidden the document behind a framed picture).

The time was right for the Point Pleasant events. So much evidence exists in favor of man-made UFOs (from Germany, Russia, China, Italy, and America), even as early as 1939, many sightings since need to be re-evaluated. I am not claiming that all UFOs are products of human technology, but certainly many must be.

Lending additional credibility to government involvement in the Point Pleasant events of the 1960s are these statements from John Keel and Jim Keith (Keith died suspiciously in 1999 after surgery from a minor knee injury):

Keel, from Fate magazine, Sept. 2007: “I returned to Point Pleasant several times in 1967, learning more about the phenomenon with each trip. Several contactees (people who thought they had met the flying saucer occupants) had emerged and I was hypnotizing them and studying them carefully. I found these people had two levels of memory. The first level, the surface level, recalled under hypnosis a fascinating adventure, usually of being taken aboard a wonderful flying saucer. But the hidden level, which was difficult to get at and usually took several hypnotic sessions before it could be reached, rejected the false memory (confabulation) and painted a different picture. Most of these contactees had been transported to a van or house where they were subjected to brain-washing techniques and injected with an unknown substance. They were given a confabulation to remember and were released.

“But no matter how hard I tried I couldn’t find out who was doing this. The whole contactee syndrome was a fraud, but the contactees were innocent victims. Why was anyone going to all the trouble to create these contactees? Many people in West Virginia told me of seeing strange, unmarked vans cruising the back roads at night.”

Jim Keith pursues a similar line in his Casebook on the Men in Black (1997): “During the period of the Mothman encounters, black limousines prowled the Point Pleasant area, stopping at rural homes. Deeply tanned men proclaimed themselves to be ‘census-takers’ and showed an inordinate interest in the children of the households.”

Investigator/author and West Virginia native, Andrew Colvin, in his The Mothman’s Photographer DVD (2004) claims to have undergone unusual tests given by parties unknown in his early years. From his account the testers were looking for children of high-intelligence.

Keith continues: “People in the rural areas also reported seeing mysterious unmarked panel trucks which parked in remote locations for hours, and were rumored to be Air Force. Men in coveralls worked on telephone and powerlines.

“A thirtyish blond woman visited people in Ohio and West Virginia, telling people she was John Keel’s secretary, and filling out lengthy forms with information about health, income, family background, the types of cars the people owned, along with questions about UFO and Mothman sightings. Keel, naturally, did not have a secretary.”

This suggests, if I may be so bold, the genesis of data-gathering under the guise of the UFO/Paranormal phenomenon, something that, today, would not fly.

After all, we now have the Internet (conceived and created by American intelligence) to provide anyone who desires our most personal data.