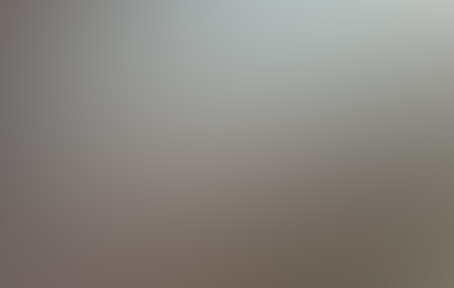 Though many questions linger regarding the Point Pleasant events of 1966-1968, the one that most bothers me is why, given the undeniable amount of activity, these are not mentioned in the greater volume of published UFO/Paranormal literature.

Is this due to simple denial of unpleasant events, or to something else?

In a very real way, what happened there ruined (and ended, given the collapse of the Silver Bridge) many lives. This is beyond argument. While the official take on the bridge catastrophe (failure of the 13th eye-bar, a cracked metal disc on the Ohio-side) sounds correct, there might be more to it.

If you missed Part 1 of this series please click here: https://www.ufodigest.com/article/mothman-redux-part-1

If you missed Part 2 of this series please click here: https://www.ufodigest.com/article/mothman-redux-part-2

I have visited the Silver Bridge Memorial on the Ohio side, which features one of the eye-bars embedded in concrete. It is easy to see that, if even one failed, the entire bridge-span was gone. The Silver Bridge, constructed in the 1920s, was not in good shape. Locals described it as shaky, bobbing up and down (which, granted, many bridges do), and feared the structure was not equal to the newly heavy traffic of the 1960s.

Sadly, they were right.

Anyone well-versed in the entire matter will know that a woman on the Ohio side reported seeing two men climbing on the superstructure the day before the tragedy. These appeared to be men in thick-soled (oft-reported in Men-in-Black encounters) shoes. Even without the extremely cold weather, why would anyone actually climb along the bridge?

It’s frankly suicidal, which doesn’t mean I doubt the witness. Though I hate saying so, this seems to have happened in order to establish human sabotage. Why? The wreckage was reassembled in a field in nearby Henderson, WV, a process John Keel describes as brutally hard. It must have been, given that divers were brought in to search for bodies, and to assist enormous cranes necessary to raise the rubble.

Anyone curious about this bleak operation can see actual film footage shown at the Mothman Museum in Point Pleasant. There isn’t much, but what exists is haunting enough. The sort of thing—like 9/11—you might not want to see twice.

It is terrible, period, that the bridge came down. The context within this happened makes it worse. This is why I give high marks to director Mark Pellington (whose wife died not long after The Mothman Prophecies movie premiered), who, despite numerous critics, did manage to at least portray the chilling, incomprehensible Point Pleasant chaos in a very human, emotionally-real way. This aspect is almost across-the-board ignored in most of the literature.

As someone who has driven, and walked, much of Point Pleasant and surrounding areas, I can claim that there is a vast difference between reading about the events and conversing, and sharing meals, with people forever haunted by the phenomenon.

Some will not talk about it, some are hostile toward the annual Mothman Festival, yet in my experience most locals see the fest as a sort of catharsis, a way to talk and share what might look to “outsiders” as crazy.

I’m not the first to notice how the horrible events have infused Point Pleasant with both much-needed commerce and an odd sense of community. No one attending the festival causes trouble or grief. No, the beauty of Jeff Wamsley’s and Caroline Harris’ (Caroline lost immediate family on the bridge) genesis of the fest is that they understand it as healing. Should you plan a visit (the Mothman Festival takes place in mid-September), I urge you to dine at the Harris Steak House.

Is this an advertisement? Of course, because I mean it.

What follows in this piece I owe entirely to Andrew Colvin, Mothman experiencer and gifted (or cursed) author/investigator/film-maker. I’d vote on the gifted-side, since Andy has collaborated with the likes of Laurie Anderson, several people associated with Andy Warhol’s “factory,” and even with Dennis Hopper on Texas Chainsaw Massacre II. And much more I hope Andy won’t mind me not mentioning.

Aside from his brilliant DVD documentary, The Mothman’s Photographer, Colvin has published three books related to the phenomenon. He is without doubt the most informed regarding all things Mothman.

In fact, if even ten-percent of what he claims is “real,” the Point Pleasant chaos needs to be retooled.

To illuminate this, I consider Colvin to be as important as John Keel, Jim Keith, and Carl Jung. Colvin combines anthropology, history, religion, conspiracy theory, and even esoterica including Masonic symbolism, the occult, and how these varied disciplines connect.  How refreshing to have such insight.

Colvin ties together (for good or ill) military intelligence, industrial concerns such as I.G. Farben, Union Carbide, General Motors, and others, as well as such near-to-Point Pleasant operations as Defense Logistics Agency (mentioned without name by John Keel in The Mothman Prophecies) and even the possible origin of “Indrid Cold,” who might have been practicing industrial espionage in the Ohio Valley under cover as a “UFO entity.”

True, this a lot to swallow. But it delves into actual human endeavor that might very well go a long way in “explaining” what happened in Point Pleasant.

Post-war industry conceivably involved with the creation of cold-fusion, new metals technology, all under the guise of the UFO/Paranormal/MIB mythology.

Upon first discovering these theories (let’s face it, they remain so), I experienced a distinct chill. I urge you to reread Keel’s Mothman Prophecies, Operation Trojan Horse, and (though very hard to find) The Eighth Tower. If I have my facts straight, and I admit to possibly being wrong, either—or both–OTH and/or TET, were composed of text cut from The Mothman Prophecies.

I cannot claim Keel was “threatened” (beyond what actually happened in his life), because the aforementioned books were published before The Mothman Prophecies.  My only claim is that I have read these, and they go into technical detail left out of Mothman Prophecies. Why? My feeling is that Keel’s publisher wanted MMP to be mostly a commercial book, along the lines of Ancient Astronauts and similar fare of the 1970s, something unsophisticated readers could absorb without being disturbed.

None of this did Keel any good.

Returning to Colvin, his work raises provocative questions regarding the so-called Men in Black active in West Virginia, Ohio, and elsewhere. My guess is that MIB appeared both menacing and absurd in order to discredit UFO witnesses. This, of course, is the “accepted” theory.

Not a useless one, either. Intelligence agencies, banking on everything from gangster movies (“Yeah . . . see, now… say a word and we’ll kill ya.”) to Cold War paranoia (your neighbor might be a damned Commie!), the heavily industrial, profitable Ohio Valley was fertile indeed for exploitation. After all, who in officialdom would believe anything said by a bunch of hicks?

Where better to test unconventional aerial vehicles, and spread fear in the guise of “government-looking” agents? As first chronicled by Keel, strange people clearly were gathering information from locals, and worse.

Ohio Valley—hell, anyone—residents were extremely reluctant to report being questioned by dark-suited strangers who seemed to have intimate knowledge of their lives and foibles. In fact, older locals claim the MIB disturbed them even more than the frequent UFO/Paranormal activity.

Any way one views these incidents, the innocent victims were hard-working people naturally unprepared for such harassment. Try and imagine, in our new world of absolute surveillance, this happening in your neighborhood.

It can’t be easy, or even possible. Popular culture has absorbed and commercialized the MIB. Yet they are reported still, because who in their “right” mind would admit to such an absurd encounter?

Personally, though I despise the cliche, it nevertheless holds: “If it ain’t broke, don’t fix it.” Apparently those in covert power know this.

As I write, I’m wearing a T-shirt purchased at the 2009 Mothman Festival, upon which is emblazoned the caricature of a Man in Black, warning: “Watch Your Back, For The Men In Black.”

Even without them, ours is a world of apparent self-approved data-sharing. Our unasked-for challenge is to learn how to live with this, under the ever-vigilant eyes of national (global) security.