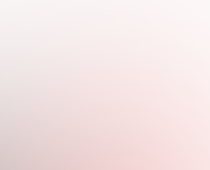 A Maine couple and a friend drove to a rural location in hopes of seeing more of the unusual lights they had been seeing over the past two weeks – and they didn’t have to wait long.
Photo credit:  Wikipedia.

Maine witnesses in rural Penobscot County report watching a series of low flying lights that they could not identify including a triangle-shaped object on June 12, 2012, according to testimony from the Mutual UFO Network (MUFON) witness reporting database.

The witness, his wife, and a friend had seen unusual lights over the past two weeks and decided to drive to a rural location and sky watch. They did not have to wait long.

“After about five minutes of not seeing anything, I decided to smoke a cigarette and that is when I noticed on the horizon approximately 1,000 feet up a very bright orb moving at a fast pace above the trees,” the reporting witness stated.

But looking in the opposite direction, two more objects were seen.

“The second one was closer than the first. This one was triangular shaped and had three very distinct lights that did not flash or strobe. They stayed on the whole time that this was in motion. The other two were round in shape.”

“After watching these objects in the sky I noticed in the distance that there was a few military aircraft that were on a path to intercept the objects. We were all awestruck when we saw these.”

The objects moved away and were not seen again.

“We lost sight of the three objects when they went lower than the horizon and we saw the military going after them.”

No images or videos were included with the MUFON report, which was filed on June 13, 2012. Penobscot County is in northeastern, ME, with Bangor as the capital, and with a population of 153,923.