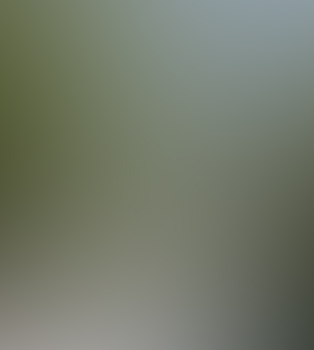 Two Indiana witnesses in Noblesville reported watching and videotaping an orb-shaped UFO that was following them along Cherry Tree Road beginning about 12:50 a.m. on May 7, 2014, according to testimony in Case 56131 from the Mutual UFO Network (MUFON) witness reporting database.
The two had just left a movie theater and were driving when the object was first noticed that appeared to move toward them at incredible speed.
“As I kept driving we noticed the orb was actually following us, so we stopped in the middle of the road to check it out,” the witness stated. “The orb was moving across the sky and when I stopped my vehicle the orb also stopped and hovered in place. Then I hit the gas a little bit and when I did the UFO also began to move and then I came to a stop again and so did this orb of light. Me and my girlfriend were both freaking out by this point because we know there is no way for an airplane to just stop in place and hover, and this thing was following us.”
The witness said the object frightened them and they decided to turn around and head home.
“This craft also had no sound to it. So anyway my girlfriend was freaking out begging me to take her home and at this point I was a little freaked out so I turned my car around and started heading home and as soon as I did I could see the object in my side mirror. It suddenly turned into three balls of light (bright white) all side-by-side ( I believe on the same craft) and it flew up on us again.”
The driver then decided to turn the car around again.
“When I turned around the craft stopped coming towards us and hovered in place and was now again one ball of light. I drove towards it and it began to move away from us. I again stopped in the road and the orb also stopped. I told my girlfriend, ‘It is following us. Watch when I stop, it will stop.’ I stopped the vehicle and the orb also stopped and hovered there. I said, ‘Now when I hit the gas it is also going to accelerate.’ So I hit the gas hard and got to about 30 mph. This orb immediately matched our speed as soon as I hit the gas. I said, ‘Watch. It is going to stop when we do.’ I slammed on the brakes hard and came to a dead stop. So did the orb.”
The driver said his girlfriend insisted on him traveling home.
“She was scared and I didn’t want anything to happen to us so I drove us home. The object followed us the whole way and seemed to disappear once we got in my driveway.”
During the event, the reporting witness said he captured a video with his iPhone. Download the video here.
“Even though the object was pretty close, my camera made it look as if it was miles away.”
Noblesville is a city in and the county seat of Hamilton County, IN, population 51,969. Indiana has a current UFO Alert Rating of 5 with a low number of recent reports nationally. Indiana had 12 UFO reports in April 2014 – the 17th highest reporting state – while California had 80 reports – the highest reporting state in the nation. The above quotes were edited for clarity.
Source: http://www.examiner.com/article/indiana-witnesses-say-ufo-followed-them
Photo: Google Maps