UFODigest.com » Aliens and UFOs » OUR DISC-SHAPED UFO OVER INDIANA CEMETERY? 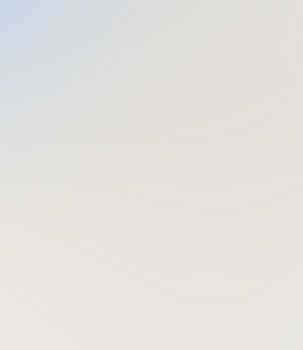 An Indiana witness recalls a UFO event in a Claypool cemetery late one night with clues indicating a disc-shaped object was an Air Force project, according to April 30, 2014, testimony in Case 55895 from the Mutual UFO Network (MUFON) witness reporting database.

The summer event occurred in July 1975 when the witnesses and family members were playing a “ghost in the graveyard” game.

“I was about 10 years old and my cousin – the other witness – was about 14,” the witness stated. “My aunt had called the others inside and me and my cousin were on the opposite end of the cemetery from the mobile home still walking back. He was about 20 to 30 feet from me. I had stopped and was waiting on him as he walked toward me. I was facing south. Suddenly he put his hand up pointing at the sky and said, “What’s that, look !'”

The witness says he turned in that direction and looked.

“I saw a large circular disc coming toward us and it went almost over our heads. It was about 100 feet off of the ground and about 25 to 50 feet in diameter. It was a light gray color and had the letters ‘USAF’ on the bottom of it on one side and an alpha numeric (letters and numbers) on the other side.”

The young witness did not know what USAF stood for, but called out to his cousin.

“I said, ‘It’s a flying saucer.’ After it flew by us it stopped in mid air, hovered for a few seconds and descended to land on the other side of the wooded area south of the cemetery. It made an electric humming noise with a slow pulse and an air rushing noise. Not like a heavy jet noise, but it may have had jet air.”

After it landed, his cousin ran to a fence by the wooded are.”

After it landed, his cousin ran to a fence by the wooded area for a look.

“We could see two dark silhouettes get out of it and then saw a red light. One of them appeared to be holding a red light. My cousin went over the fence and through the woods. I stayed put. He came back, covered in mud, and said it was two men in ‘jump suits.’ They didn’t see him.”

The two boys then went inside to tell their aunt, but she thought they were fabricating the story.

“She didn’t think it possible. I wrote the letters ‘USAF’ on a piece of paper and said that was written on it. She still did not believe it. She would not let us go back and look.”

The boys were then allowed to go to their grandmother’s house next door.

“My father, uncle and some older cousins were playing a late night card game with the TV on in the next room. We told them about it and they didn’t believe it. Then, after about a half hour maybe we heard a loud sound outside. We said, ‘That must be it,’ and one of them ran outside. He came back in and said it’s just a helicopter.”

But the following morning they did see a helicopter.

But the witness claims that what was seen the previous night was not a helicopter.

“It was circular disc and had the letters ‘USAF’ in big bold, black letters on its bottom. The helicopter was Air Force blue with the letters ‘U.S. Air Force’ on its side. Obviously, not the same craft.”

The sighting had a strong impact on the young witness.

“I know now what the letters mean and this sighting caused me to join the Air Force when I was 18. It is my opinion that this was connected to something like Project Silverbug or maybe even was Silverbug being relocated. I believe it landed and needed a repair and that the helicopter came from Grissom AFB to fix it and the pilots may have seen us and that’s why they kept the helicopter there as a cover story.”