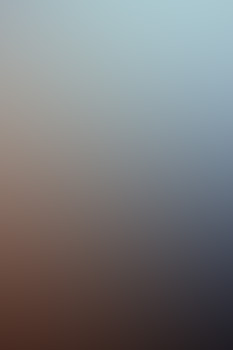 Two Illinois siblings who share a 2011 UFO experience were excited July 15, 2012, when a “dark gray, disc or saucer-shaped object” with a bright, glowing orange light appeared just above the tree line near their Chillicothe home, according to testimony from the Mutual UFO Network (MUFON) witness reporting database.

The two were in their living room talking when the object was first noticed.

“The object appeared rather close and maybe the size of a dime,” the brother stated. “I pointed it out and asked my sister if she saw it. She saw it too, and I hurriedly ran outside while directing her to get her camera.”

As the witness stepped outside, the object was moving slowly to the northeast and gaining altitude.

The witness also noticed a disc shape to the object.

By the time his sister came back outside with the camera, the object had moved far enough away that they could not capture an image.

“We noticed four airplanes moving in the same direction, and they were travelling at a much lesser speed. After covering most of the distance, three of the planes turned around and headed back in the direction they came.”

The siblings also filed a report with MUFON for a sighting on June 16, 2011. The sister was driving along Route 29 in Chillicothe when the radio station she was listening to “abruptly turned to static” while “two very large, orange lights” appeared in her field of vision hovering above a cemetery at Cloverdale Road.

Reached at her Chillicothe home last evening, the sister commented on the recent sighting.

“My brother and I just witnessed another sighting tonight right in front of our house, about two blocks from Route 29 near the viaduct on the outskirts of town. It was just one orange light and appeared above the tree line in front of our house. We saw it out of our front window and ran outside to try and capture it on video.

“While I was fumbling stupidly with my camera, it moved quite casually from side-to-side, then up above the tree, then behind it, then back out and side-to-side again. Suddenly, it began moving quickly toward the river and three planes from different directions appeared in an apparent bee-line in its direction of movement. One of them banked once it reached the other side of the river (estimating) and turned back. The other two planes did the same shortly thereafter and headed back toward Peoria. They were slow as dirt in comparison to this thing.”

She is convinced the object was out of the ordinary and is glad someone else was witness to the event with her.