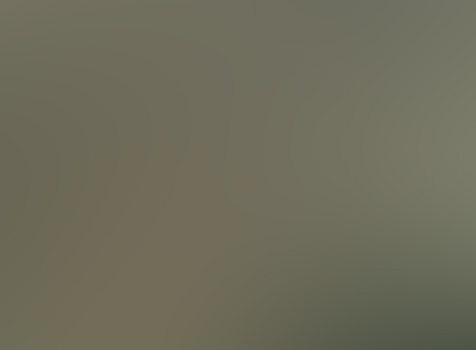 A Sprague River, OR, witness reported that a 10-foot-wide “swirling mass” appeared in her bedroom like a vortex opening up after awakening from six hours of sleep, according to April 22, 2013, testimony from the Mutual UFO Network (MUFON) witness reporting database.

The witness was in bed with her husband at the time and had one drink before retiring for the night and woke thinking they were in the middle of an earthquake.
“Six hours later I awoke incredibly afraid,” the witness stated. “I awoke thinking we were having an earthquake but instead I found that I was being rocked from side to side violently to the point of nearly flipping over. My body was totally relaxed, yet my body was being lifted quite a bit off the mattress. I laid there just observing (really wondering ‘what the hell’) was going on.”
The woman reached out to grab onto the bed sheets in an attempt to stabilize herself.
“I looked around the room and noticed a swirling in front of me. The mass was rotating in a clockwise direction and then froze in position. So now I was still looking at it with the door bent along with the rest of the room and its furnishings in that area all frozen in this clockwise position in that whirling mass. I could see streaks where the objects moved from as though one had taken a picture of a fast moving object. I turned to look at my husband sleeping. Everything was fine with him and everything on his side of the room was fine too.”
The witness surveyed her surroundings.
“I looked in front of me but nothing had moved back into place yet everything to the sides of this whirling were fine too. I was completely shocked. I moved my body and head but the room stayed as it was. I was getting pretty worried now because I have experienced a similar thing in which I absolutely couldn’t wake my spouse no mater what I did.”
The woman left the room to get a glass of orange juice from the kitchen.
“I walked past the frozen objects. I thought ‘what the hell happened in there.’ I thought, ‘I feel OK, that couldn’t have been real.’ I walked back. Everything seemed OK.”
The woman then walked back into the bedroom.
“When I got near the bedroom I felt this rotation again and my body was being pulled from side to side bouncing off either side of the small hallway. I was being rocked again and I was rocked hard into the walls on either side of me and had to block the action by thrusting out my arm to support myself and block some of the blows. This only happened near the bedroom where the vortex took place. The whole physical sensation was completely different in this area. Every place else in the house seemed fine.”
Finally the room turned back to normal again.
“Everything in the bedroom had finally oriented itself correctly. I ran and threw myself into bed, closed my eyes, and hoped nothing else would happen.”
The witness spoke to friends about what had happened.
“I talked to a trusted person in my temple and he thought that I was going through some type of a vortex. No I’ve never taken drugs. I take pictures of orbs outside here all of the time and one was previously shown in these files. Not too long after this I saw an orange orb in the house and I’ve never had these things in the house. I’ve taken a picture of a spirit in the front yard that made its image plain. Seriously does anyone have any knowledgeable input on this? I don’t have a sketch, but just picture a very large, clockwise swirling mass in front of you at least 10 feet wide with the rooms, door and the immediate furniture swirling and bent going in the same clockwise direction in a very fluid movement and then having them stop in place or freeze, if you will, with motion streaks staying in place to the bottom left of each object. Imagine everything to the sides of it is as normal as could be and functioning normally.”
No images or videos were included with MUFON Case 46892, which occurred about 1:30 a.m. on December 21, 2012. Sprague River is an unincorporated community in Klamath County, OR.
Article continues here:  http://www.examiner.com/article/oregon-witness-describes-vortex-of-swirling-mass-opened-bedroom
Photo Credit: Google Maps.