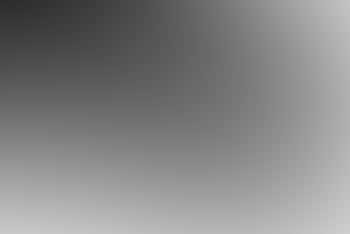 A Texas witness in Port Aransas reports having his fourth UFO encounter in two months after spotting a “super ship” moving between clouds at 2:30 a.m. on October 5, then watching what appeared to be a white-blue “probe” with a red blinking light, and finally an object that moved up out of the ocean, according to testimony from the Mutual UFO Network (MUFON) witness reporting database.

The witness drove from San Antonio to Port Aransas with his brother on the evening of October 4 in an SUV and arrived at Nueces Country Park for the night. The witness woke up at 2:30 a.m. and stepped out of the vehicle for a smoke.

“At an angle up from the horizon about 60 degrees facing northeast, I see what looked like a fast (grey in color) shadow move just above the clouds over my left shoulders into another cloud,” the witness stated. “Thinking this was either a large bird or my tired eyes playing tricks, I ignore it.”

But at 2:45 a.m., he looked again and saw a giant craft moving between cloud coverage he described as a “super ship.”

“The overall shape (note, it move so fast I did not see the front very well) resembles a between an Archery 3 blade Broad Head Arrow Tip crossed with a Star War’s Imperial Battleship (see fig 2). At the very back of the ship looked like two very large dome (think tops of football field like the Metro Dome in Minneapolis).

“This machine looked extremely old. Along the sides of the ship were two rolls of blocks that resemble the tops of old castle walls. Absolutely an unpractical design for aerodynamics and it was the dullest concrete grey in color. In fact, it looked like it was made of concrete with no smooth surface, no windows, and absolutely no sound.

“It flew from cloud to cloud as if was trying to hide. In the open between the clouds it would almost fade in with the stars above but as soon as the ship jumped near to the top of next cloud, it would fade back into view, it is possible that the chemical composition of the earth’s cloud may have an undesirable effect of the Super-ship’s ability to stay invisible (think sun hitting falling rain to make a rainbow).”

“I finally find my camera. I turn my body back out to look southeast and I see a white/blue round probe/or a decoy (fig 2) with a little red blinking light on top of it. This UFO drop down from a huge cloud father south from where I saw the Super-ship last. This probe is hovering just below the cloud at about 20,000 feet and about 60 miles from me. It is blinking with an unrecognizable rhythm.”

At 2:55 a.m., he flashed a “1 million candle watt power floodlight” at the object and it disappeared.

“Within a minute, and what I can describe as my first USO (Unidentified Submerged Object) encounter, a tall (maybe 100 feet in height) super bright white double cross (fig 2) USO, rises out of the ocean at about 25 miles due southeast of me in line with the far right oil tanker. This new structure is completely lit up. It stays right on top of the water and I start filming it (see attached film). At the beginning of the film, I try to get a reference by using the stationary oil tankers, and then pan the camera to the right to focus on this USO. Within a few minutes, the USO slowly sank out of sight.”