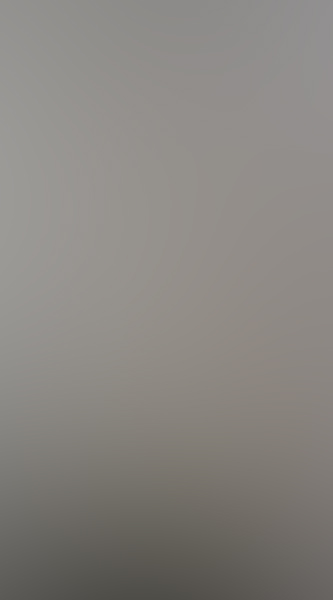 Several years ago, I spoke with a person in the Catholic clergy who asked to remain anonymous. Until now, I have been fearfully reluctant to tell this story. However, with incoming cometary threats looming, I am compelled to persuade many, to whom you might forward this report, that the time for preparatory material and spiritual protection seems to be growing short.

This informant told me that the sole surviving sister among those to whom appeared an angel of God, and were given the Three Secrets of the so-called apparition of Fatima (Portugal, 1917), was not the same person whom the Catholic Church represented as said girl who later became the nun, Sister Lucia.

This informant went on to say that the Church actually presented two phony Sister Lucias. Photographic evidence, below, supports this allegation of fraud and of possible murder. This informant also told me that one of the phony Sisters Lucia rebelled against her role, and had to be replaced. There is another facet to this story: the circumstances surrounding the death of Pope Pius XII in 1958. This informant told me what was revealed to him/her, either directly or indirectly, by the man who was the personal secretary to Pope Pius XII, the American priest, Fr. Richard Hewes. But first, the background to this story. Catholic historians are aware of a great sense of excitement that electrified Catholics around the World in the late 1950s, as they awaited the divulgence of the contents of Sister Lucia’s 1940s letter revealing the Third Secret of Fatima, which was sealed until the pope was to reveal it to the World in 1960.

This informant told me that Fr. Richard Hewes revealed that he was present, along with Cardinal Ottaviani, when Pope Pius XII privately opened the letter in the late 1950s. This informant went on to relate that Fr. Hewes stated that the pope “wept bitterly for two weeks afterward.” Pope Pius XII died in 1958, soon, I suspect, after having read the letter. Shockingly, the Third Secret of Fatima was not revealed to the world, as the church had promised. This event strikes me as being similar to the death of the chief astronomer of the U.S. Naval Observatory, Dr. Robert Harrington, just before he was to reveal to the world his telescopic images of the long sought Planet X, and suspectedly, its incoming trajectory. Following both of these deaths, the information was suspiciously concealed, in flagrant violations of promises to publish it.

In 1980, Pope John Paul II met with select German Catholics, and was asked why had not the Third Secret of Fatima been revealed to the world in 1960, as promised. The pope replied: “. . . it should be sufficient for all Christians to know this: if there is a message in which it is written that the oceans will flood whole areas of the earth, and that from one moment to the next, millions of people will perish, truly the publication of such a message is no longer something to be so much desired.”

This bit of solid evidence ought to shatter any natural skepticism as to the possibility that angels of God ever come down and prophesy to chosen persons future eventualities of human affairs.

In 1964, four sisters in Garabandal, Spain were given visions similar to those given to the children at Fatima in 1917. The Garabandal sisters were given several messages by the spirit whom they called “the angel.” One of these visions was that, at a certain time in the distant future, no electric motor would be operable anywhere on Earth. Now, these unlearned peasant children would not invent such a seemingly irrelevant, and, to them, unfamiliar concept. But I perceive the uncanny accuracy of this prophesy.

When a large celestial body passes within so many millions of miles from Earth, as it is gravitationally accelerated toward our Sun, the passing celestial body’s enveloping cloud of plasma (electrified gases) constitutes electric charge in motion — and electric charge in motion *generates* an invisible billowing electromagnetic field that surrounds the flight path of that plasma-saturated celestial body, just as a chemtrail billows out and surrounds the flight path of an airplane. That is a well known phenomenon of electromagnetism in physics.

Hence, God’s prophesy from His “angel” to the little peasant girls of Garabandal, Spain constitutes tangible evidence which cannot be debunked, because there is no way that peasant girls, a half century ago, could have known of these scientific principles, nor of the distant future celestial manifestations of them, which are destined to traumatize Earth. Furthermore, that scientifically correct prophesy adds ever more substance to the mountain of established evidence, from many fields of human study, indicating that a dwarf star is indeed being gravitationally pulled in by our Sun.

Photographic evidence showing that the church perpetrated this hoax as to the identity of Sister Lucia. Consequently, the true cause of her death remains a mystery. In light of all the facts given herein, murder must be suspected. http://www.traditioninaction.org/HotTopics/g11htTwoSisterLucys_Horvat.htm

“In fact, since 1970, Sister Lucy had been silenced, forbidden to speak to anyone about the Fatima message without prior authorization of the Vatican.” http://www.traditioninaction.org/HotTopics/g10htSisterLucy_Horvat.htm

Outline of the story of the Third Secret of Fatima. https://en.wikipedia.org/wiki/Three_Secrets_of_Fatima