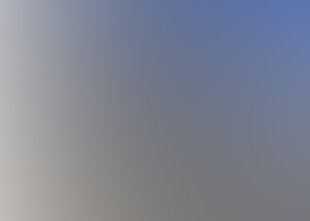 Herbert Eyre Moulton returned to the land of his ancestors with the hope of starting anew. Both his parents now dead, his two week vacation turned into a prolonged stay.

As Herbert Moore, his career performances for MCA Records had brought him wide attention at the dinner clubs of Manhattan. His friendship with the likes of Joan Crawford gave him the possibility to expand his professional field.

Now, Ireland quickly became the home of his heart. Reconnecting with the old Eyre family proved a thankful experience. Baron Giles Eyre’s two mansions in Eyreville, the township his family founded centuries ago, were now ruins.

Thanks to my grandmother Nelle’s conscientious contact with her long-distance relatives althrough her life, however, Herbert now was a welcome guest. Charity, George and the rest of the Eyre heirs were no longer Barons with a big B. They were farmers. But they were mighty proud of their heritage, coat of arms and all. My father was a part of that heritage.

I heard the stories all through my childhood. My father told me about his work in seven Dublin theatres, about his work in several motion pictures, including Attack Squadron, his overseas correspondence collaboration with American magazines and the countless walks through the Irish countryside with his beloved sheepdog Fred.

What really fascinated me were the ghost stories.

My father being a true Eyre heir, he was taken on strolls to see the old ruins. The family mansions had window shutters that banged open and shut constantly, even when there was no wind. A friend witnessed an old horse-drawn carriage disappear into a dip in the road near the ruin and never reappear again. A wagx_onLoad of revellers, dressed in elegant 19th century clothing, resided within. Were these people perhaps real ghosts haunting the village or were they only holes in the curtains of time?

Herbert lived on the west of Ireland in between acting jobs. Changing address, a couple of months on one of Dublin’s many theatrical stages and then a month with his relatives, proved an exhilarating experience. Ireland’s fantastic nature on the west coast gave him a fulfillment Dublin lacked. The relatively inexperienced spectral viewer saw an old lady lurking around the corners of the family house one day. She disappeared behind a corner and was never seen again. No matter how hard he searched, the woman was never found again.

The Eyres told him that he had just seen a ghost.

Of course, the canines of the house were no strangers to a sixth sense, either.

When the grandfather of the house died, the resident Cocker Spaniel positioned himself in front of the bedroom door and howled.

The Eyre Estate simply reeked with tales of hauntings. My father awoke one morning at four-thirty, startled to his wits. In the ground floor kitchen, an assembly of people were busy with clanging pots and pans and passing cutlery. Madly busy conversing about nothing at all, they seemed completely disinterested that sleeping people dwelled in the house. Herbert rushed into the private bedroom and asked the lady of the manor what on Earth that noise was in the kitchen. The woman simply and calmly stated:

“Oh, take no notice of them, dear. It’s just the family ghosts. They always make a racket of a noise at this time of the morning.”

What Herbert later found out was that these “family ghosts” were actually the old kitchen staff still caught up in their old work from way-back-when.

Ireland not only opened spiritual and ancestrial doors to Herb Moulton.

It also provided food for thought for his age-old love-affair with the supernatural.

That old love affair turned dark one New Year’s Eve at the end of 1962, seven years before I was born.

He had spent his evening at a colleague’s house in the west of Ireland that night. Herbert eventually decided to walk home, tired from the feast. It was a bit of a way to walk home, which spurred the host to insist on him staying the night. Herbert told him that his own bed was calling. The half-hour walk and the fresh air would do him good.

The other guests told him that he under no circumstances should cross the field with the thornbushes that lay to the right of the main road. The fairies lived there, or so they said. If any local cut down the bushes, the crop would turn bad and the cows would die. It was better to leave the fairies alone. My father nodded, thanked his friend for the tip and went on his way.

Eventually, he came to exactly that field. Remembering his friend’s words, of course, he contemplated taking the long road home. However, inspired by an earlier arrival under his own blanket, he decided to criss-cross the said meadow his friends had warned him not to cross.

The night chilled him to the bone. The snow was not high enough to give him trouble, yet not low enough to provide him with an easy trespass.

Somewhere along the way, Herbert Eyre Moulton lost his way. The thornbushes always blocking the view, the way back out of the darkness onto the street posed an increasingly bigger problem.

He ended up walking in circles for a considerable amount of time.

That lengthy walk on the field gave the American actor a dazy slumberlike waking sleep. He saw men in tuxedos and women in gala dress. Chandaliers hung from the ceilings and pianists played familiar melodies close to the bar. He recognized the place, although it was no way near where he was at the moment.

He told me, many years later, that people tried to communicate with him, where ever he was, but that their words in no way were intelligible to him.

At around three in the morning, Herbert Eyre Moulton passed out in the snow.

If it hadn’t been for his friend, who somehow felt that something was wrong, my father would died in the frosty chill of the fairy meadow. His friend called Herbert’s home phone. When there was no answer, he dashed off and found the American passed out in the snow on the infamous field. He took Herbert to the hospital, gave him a jolt of Irish whiskey, slapped him on his back and gave the Yank the sound advice never to cross that field again.

Once rehabilitated, he forgot about the incident.

The epilogue of this tale turned spooky sometime in the spring of 1963.

Herbert was back in Dublin, working with Siobhan MacKenna and Michael MacLiommoir at the Gate Theatre. They were performing Joan of the Stockyards. Air-Bear, as they called Herbie, was having the whale of a time.

Most recent posts by Charles Moulton

All posts by Charles Moulton