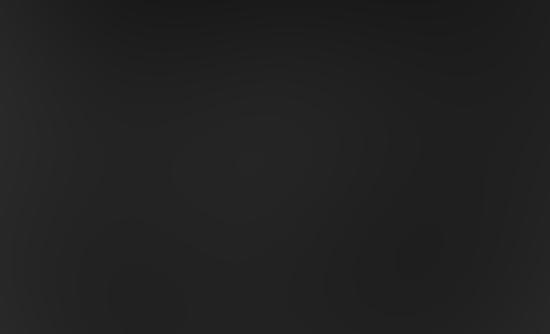 While growing up in a small CT shoreline town outside New Haven, I never really believed in anything. I guess I was a child atheist. I believed what I was taught in school: logic and science. Ghosts, aliens, magic and even God were all made up things… Until one day the universe decided to let me in on some big secrets. It seems that everything I learned in school wasn’t the whole truth. Now that I’ve written my book and have spoken to others in the world of ufology, I found out that my extraterrestrial experiences beginning at such a young age is common. Often people who become contactees have their first contacts as children…

The first lesson the universe had for me was to take away my foundation of reality! It began in my childhood home on one ordinary night and not unlike any other. My family all went to sleep and as I had done many times before, I got out of bed in the middle of the night. I quietly took my blanket and laid on top of the heater vent in the hallway. The vent came up through the floor in the middle of the hall at the top of the stairs. It was centered between four bedrooms and a bathroom on the second floor where I would often fall asleep.

This time I was awakened by what I thought was a young boy standing at my feet smiling at me. He was about three feet tall with dirty blonde straight hair. I thought that maybe my sister Janet had been sitting and the child woke up wandering. But then I thought it was probably a dream because that didn’t make sense. So I rubbed my eyes but the child was still there. I did it again only harder and again he was still there. I remember thinking that I had to wake myself up. I rubbed my eyes two more times, still there. Only now because of the look on his face I started getting scared. It began to occur to me that this wasn’t what it seemed, so I ever so slowly stood up. He was looking right at me, and smiling with an uncanny knowing smile. Something in his expression seemed to me as if he was thinking “I know something about YOU!” Suddenly he started to move, he went around me from my right hand side to my left. As he passed, I followed him in through my mom’s open door at the end of the hall. There he stopped at the end of her bed while still looking at me. I slowly circled around him, making no quick or jerky moves. I didn’t want to arouse any suspicion of what I was about to do. I stood between him and the end of my mom’s bed. He was right under the hanging light switch. I was going to grab for the switch quick before he has a chance to react. “NOW!” I quickly pull the switch! The damn light blows out, but during the flash, I could see he or it was gone. I instantly leaped into my mother’s bed and frantically woke her so I could tell her. “Mom, Mom,” she’s like, “what’s the matter?” “I just saw a ghost at the end of your bed.” She says, “that’s because you’re so bad.” I was around 9 years old at the time and that was real encouraging. The next morning I told my brother but he didn’t believe me. He went upstairs with me to turn on the light, it was blown. “See, I wasn’t lying.”

I first believed it was a ghost but later experiences brought me to the conclusion that it was more likely an extraterrestrial.

OK but now several years would pass and the next event would change me permanently. It was what I’ve heard referred to as a plasma UFO and now I began to think that someone was trying to get my attention. Now the first visual event of the little boy wasn’t a fluke anymore.

Now I’m about 11 or 12 and WOW! What the hell is that in the sky, Venus? It must be a planet I thought. I’ve heard about these things before, colorful lights always turn out to be a planet. But it couldn’t be a planet because it’s too big and close and moving too weird.

Let me back up about five minutes. I was just an average boy and there I was walking home as usual one summer night. When I got to my street one block from the shoreline I took a left at the Town Beach Park. It was a small dimly lit neighborhood park with a few picnic tables and a swing set area. My house was only four short blocks away. I walked another block where my street crossed the main road in and out of my neighborhood. There was never much traffic at night, except for area residents. When I crossed the street, something in the sky caught my eye. A very large multi-colored luminous cloud like object appeared.

It was a clear star lit night with no clouds in the area. The object was about the same altitude as a low cumulus cloud so I would have to judge the size to be about a mile wide. It was slightly oval horizontally but not rounded. I would describe it as globular. It was what appeared to be a luminous plasma made up of about twelve different distinct but separate colors. They were each somewhat globular as well, forming the whole. Each of the colors was changing shape and size while adjacent colors would either contract or expand in response. There were no borders between the colors and they were bright, saturated and fluorescent in appearance like neon. The overall size of the entire plasma cloud didn’t vary during the expansion and contraction of the individual colors. It was completely silent and as you can imagine, I was stunned frozen. It was both amazing and beautiful, but what was it? I’d never seen anything like it before or since and I’ve told the story so many times I can remember it like it was yesterday.

I seemed perfectly centered from left to right, beneath it and it was about 30 degrees south from directly over my head. This placed it over the shore of the Town Beach. There was nothing on that side of the street so my view was unobstructed. After about 30 seconds, the thing just shot straight back and disappeared into a clear sky full of stars.

Then suddenly, as quickly as it shot away, it came straight back to the same exact position and size with all the colors in the exact same places they were. It was only gone for about ten seconds. The speed was astonishing it took less than a second or about a second to travel the distance. From about a mile across to hundreds or even thousands of miles away in one second, WOW! It took no more than a second to return too. I remember thinking, “this is weird and I don’t think it’s from here” but here it was again. 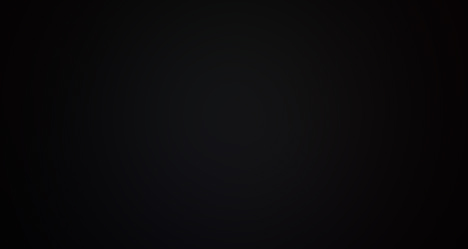 Above: This is an actual public domain UFO photo I found online and Photoshopped to add more colors. Not what I saw but similar.

This time it hovered for another 10 seconds beautiful and silent. Then again shot away for another couple seconds before shooting straight back to the same position and size. It went back and forth at the same speed 3 more times each time staying for about a second before shooting off for the last time. It was as if it was showing off its speed or something. I stood there still frozen for about thirty more seconds waiting for it to return. Then suddenly I was jolted by the realization of what I just saw. I instantly started running home the last three blocks faster than I’d ever run before. When I got home heart pounding, out of breath, I frantically told my older brother Frank, “I just saw a UFO!”

The next day, my brother told me that in the paper that other people reported it and that it was gases escaped from a test rocket. That cover-story never sat right with me, I never heard of anyone testing rockets over populated New England towns. Anyway, since when does escaped gas take off and come back four more times before actually escaping?

Now, what you should know is that the last contact was a few years ago which left physical marks on my person. Another thing is that a lot of very strange things have been happening to me since the first two contacts. These things probably number into the hundreds. However, it was the second encounter that altered my perception of reality. People have asked me if I was abducted, if it was aliens, if they did something to me? I don’t know if I was abducted I didn’t check the clock for missing time. I hadn’t heard the UFO missing time stories back then.

From what I understand however from a contact investigator and from documentaries, altered reality and extraterrestrial contact go hand in hand. Many people who have reported encounters have also reported lingering or permanent altered realities. Increases in paranormal activity, increases in synchronicity, psi events and so on. Also it has made me much more open to spirituality. Anything to me is now possible including the possibility of a greater consciousness and higher states of existence. I also feel a silent invisible presence just observing me, an almost tangible entity just beyond my five senses. I know it’s there and I know it’s aware of that. I don’t know what it or they are or what it or they want but I can psychically sense an existence just beyond my physicality.

One of the very conscious conclusions I took away from this event was that I believe that whatever it was I saw in the sky, was there for ME! The way I was directly centered from left to right and the way it shot back and forth directly from my angle of vision are a couple of the things that years later would lead me to this conclusion. The accumulative effects of other anomalies before and after are other reasons. I also came to the conclusion that it wasn’t a craft but an entity. I believe from the rest of what has happened to me since, that there is an agenda I’m supposed to accomplish…

If you would like more information or wish to purchase this book through AMAZON.COM simply click on ihe title of the book: Sin Thesis

This article was written using excerpts from the non-fiction book “Sin Thesis” written by the author Robert Torres. https://www.about.me/Towers3