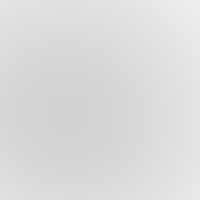 A Florida law enforcement officer out with his dogs at 6:20 p.m. on January 2, 2011, watched a “glowing metallic sphere” shoot off into the sky from his backyard, according to testimony from the Mutual UFO Network (MUFON) witness reporting database.

“It went upwards as soon as I opened the sliding rear door and the dogs went out barking,” the witness stated. “With no sound, bolted upwards until reaching cloud cover and made a 90-degree angle heading west in a very high rated speed until I could not see it no more into the sky.”

Then the witness looked at the ground where the object had been.

“On the ground I noticed two circular marks on the grass itself. Marks are sort of circular burned patches on the ground with a white powdery ash. I am a State of Florida law enforcement officer and a retired Army Infantryman. I have seen it all in the civilian life as well as in combat; and there is nothing like I have seen before.”

No town name was mentioned in the public portion of the MUFON report, which was filed on January 5, 2011. No images or video were included with the report.